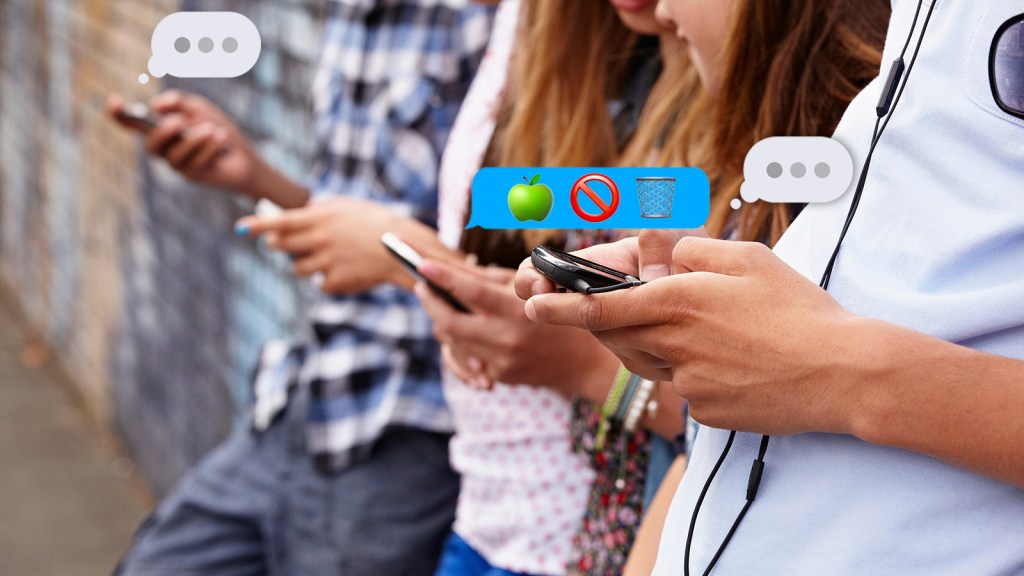 The questions that land in the Ask Umbra inbox are, by turns, incredibly vague, hyper-specific, heartily baffling, and genuinely touching. (Send more of them!) But there are very few that ask for help in making community-level change, which is what we’re supposed to be doing here these days.

When Jada Glaves, 17, wrote to me about trying to start a food recovery program, I had to try to help her figure it out. The Alaska teen wants to save untouched, unwrapped, unexpired food from school lunches for the students who might need it at home. It’s one of the least abstract good causes in the world.

I called Glaves to talk about what she wanted to do, and she explained some things going on in her life by way of introduction: Being student body president, which she loves. Starting soccer and basketball in December. Planning the Halloween dance. (“I really like making students’ high school experience as memorable as possible,” she said.)

But as a student leader, Glaves is aware of the fact that many students at her school depend on school lunch for their nutritional needs — which means that they’re probably not getting those needs met at home.

Glaves and about 55,000 other people live on and around the Kenai Peninsula, a New-Jersey-sized spot of land that juts off Anchorage. It suffers from the same ills as much of rural-ish America: a 7.4 percent unemployment rate, the ghosts of dead industrial jobs, the highest per capita rate of opioid prescription in the state. Alaska also, by nature of its geographic situation and inhospitable farming climate, has higher-than-average food prices.

Linda Swarner, executive director of the Kenai Peninsula Food Bank, explained to me that she’s seen demand for their services increase over the years, enough that the warehouse capacity for donated food doesn’t meet all the demand. “We simply don’t have the inventory to meet all the demands of the agencies that are helping to meet hungry people,” she added. When I told her what Glaves was trying to do, she said: “Tell her to call me.”

Public schools are federally mandated to distribute a certain amount and certain kinds of foods, many of which go uneaten, including individually wrapped pieces of fruit, cartons of milk, etc. We can address the ins and outs of school food law another day. Right now, we’re thinking about Glaves’ problem, which is how to distribute that uneaten food to kids who could really use it.

One model is a program started about three years ago by Tricia Clough, the head chef at a K-12 school in Klawock City. It’s an Alaskan island town roughly 1,000 miles south of the Kenai Peninsula with a “totem park, a few gas stations, and a library that just closed due to funding,” Clough explained. There’s significant poverty in the community, and over half of the school’s students are eligible for free or reduced lunch.

Thanks to her efforts, with the guidance of the organization Food Rescue, the cafeteria now has a “share table” where students can leave the packaged food that they don’t eat for other students, a practice that Clough has had to instill from the younger students on up. By the time after-school tutoring sessions are over, it’s pretty much all gone.

To start the program, she just put up signs pointing to the share table and said, “We’re doing this now.” No one objected. “How could they tell me no? They were throwing away good food.” She advised Glaves, however, to consult with her principal and school district officials to get approval. But also, she added: “Call me.”

To get a student perspective, I reached out to Danny Freiband. Freiband, also with the help of Food Rescue, recently organized a “tray-to-trash” food recovery program in the Ann Arbor school district, which program will donate unwrapped items to food banks in the area. When I asked Freiband, a 16-year-old senior, if he thinks the food waste issue has taken off yet, he had so much to say that his sentences toppled over each other:

“A big reason this cause is not popular is because people don’t know they can do it. That’s so genuine. It was only until somewhat recently that it was 100 percent legally clear that you could do it,” he said. Freiband is referring to the Bill Emerson Good Samaritan Act, a 1996 federal law that frees an organization of liability in donating food items except in cases of gross negligence. (Indeed, an Evergreene Digest article from 2013 noted that the legislation was “obscure.”)

“It literally said, like, schools have no liability, educational institutions have no liability if they donate this food,” Freiband said. “If there were awareness raised that food recovery were completely possible, and completely legal, it would probably gain popularity.” He then insisted, regarding Glaves: “She’s more than welcome to contact me.”

The reason I called each of these people is to prove to Glaves that, first of all, there’s precedent for the type of program she wants to start; second of all, there are people her age who are really committed to food recovery; and third of all, every single person I spoke with wants to use their experience to help her! (I’ve sent her the contact info of everyone interviewed here and I’ll keep in contact with Glaves to see how things play out.)

But to start, here’s Freiband’s advice, from one teen to another: Recruit other students to help with the organizing, because it’s not easy to do alone. Get your principal, school district officials, and school food service provider on board with the project. And, finally:

“Be guided by the fact that what you’re doing is right. This excess food should be going to hungry people. There’s just no question about it. From there, everything will fall into place.”

This post has been updated to include the name of an organization that’s helped plan similar efforts and to clarify the Bill Emerson Act.