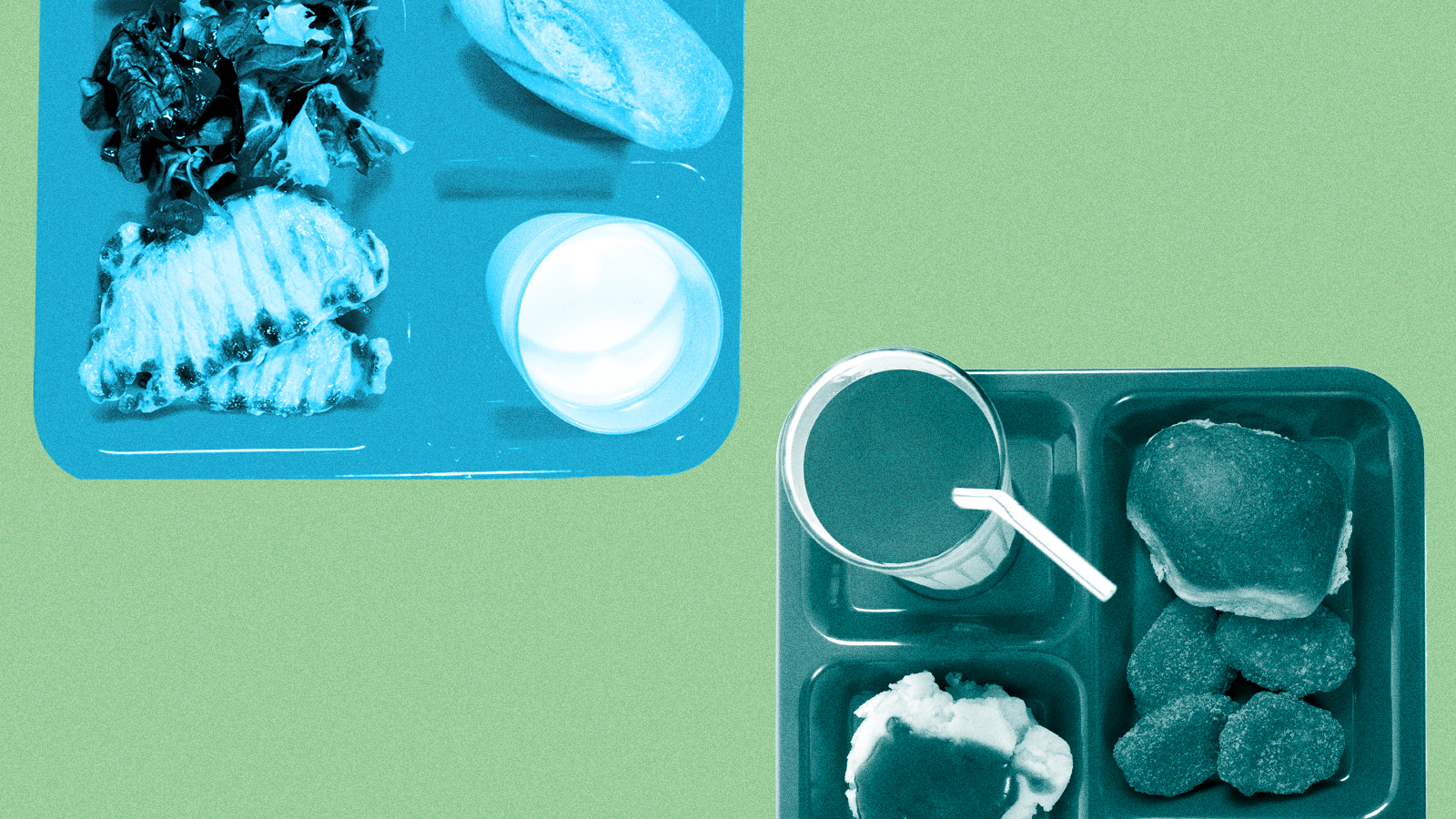 You probably haven’t thought about school food since you had to ask yourself if pizza is really a vegetable, and you likely put it out of your head for that very reason. But even if you’re childfree (a collective sense of political empowerment is the only thing I’m raising around here!) the much-maligned school lunch should really be on your radar.

Here are the ABCs of why caring about school food is so important to a better community and the planet — and the 123s of how you could make it better.

A. More than 30 million kids eat school meals every day, and two-thirds of them eat them for free or at a reduced price. Those subsidized breakfasts, lunches, and snacks might be the most important (or only) meals they eat all day.

B. Millions of daily meals add up to a massive impact on our agricultural system and the environment, so a simple, commonsense change could have a big impact.

C. Let’s think big picture here: Small humans learn how and what to eat in those cafeterias. Do we really want a system that props up unhealthy eating, with the attendant costs to our health, productivity, and planet?

Now here’s how to put that concern into action!

1. Fights over how we feed the most vulnerable populations are heating up at the state and national level. Stay informed. While Ag Secretary Sonny Perdue did just weaken school nutrition standards, the changes aren’t as drastic as they sound. Be ready to show up at town hall meetings and flex your voice on social media if Republicans escalate this food fight.

2. It might be tempting to storm into your local school and demand a big green overhaul. That’s the wrong approach, school food writer Bettina Elias Siegel says. Instead, organize a group of concerned but polite citizens and pick a clear, attainable goal. More meatless options or a salad bar might not seem like a big deal — but multiply those over time and cafeterias, and you’ve got a much bigger impact. (The Urban School Food Alliance, an organization pushing for healthier, greener options in seven major U.S. cities, is using its leverage to keep 225 million single-use plastic trays out of landfills every year.)

3. It’s not just about blocking funding cuts or demanding more sustainable options. There are really innovative things happening across the nation, Maryland school food leader Lindsay Parsons points out. In Sitka, Alaska, for instance, a “stream-to-plate” program serves up fish education alongside locally caught seafood. Flavor stations at high schools let students experiment with adding spices and citrus to food instead of sodium. A horde of tiny farmers work on more than 7,000 school gardens across the nation. Poke around for ideas on what could work in your community — and figure out how you could use your time, expertise, or resources to help see it through.

Flavor stations and fresh salmon? That’s almost enough to make me want to endure the unparalleled torture of sixth grade all over again.