National Grid to NYC customers: Support the Williams Pipeline or no new service 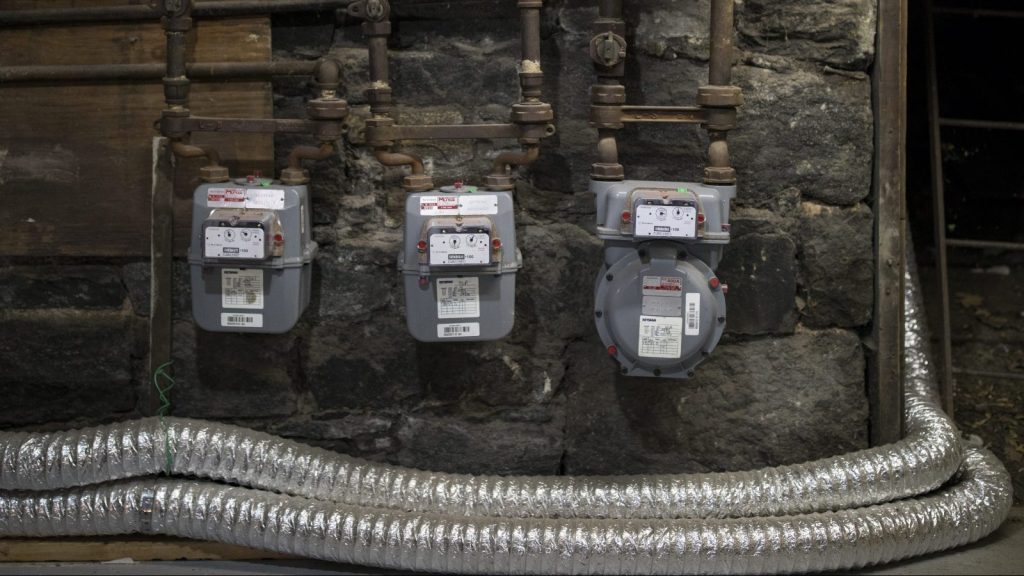 Robert Nickelsberg / via Getty Images
Out of gas

National Grid to NYC customers: Support the Williams Pipeline or no new service

On Monday, the leading distributor of natural gas in the Northeast, National Grid, sent an urgent-sounding email to many of its New York customers — not about summer energy savings, but about why they should contact government officials to voice support for a major fracked gas pipeline.

In the energy company’s email, National Grid said it will not be able to fulfill requests to expand natural gas service in Brooklyn, Queens, and Long Island unless the Northeast Enhancement Supply Project, a new pipeline that would bring in an additional 400 million cubic feet a day of fracked natural gas to the region, moves forward. The proposed project would span 23.5 miles from Pennsylvania, through New Jersey, to Rockaway Peninsula in New York. If completed, National Grid says it would the company’s capacity by 14 percent.

Earlier this year, both New York and New Jersey denied permits for the project, locally called the Williams Pipeline after the entity that would operate it, citing the project’s potential environmental impact on water quality and marine life. Since then, the Williams Companies has adjusted their proposal and reapplied (via a subsidiary) for permits in both states. New York is accepting comments from residents until July 13 — a fast-approaching deadline which may have prompted the email to National Grid customers.

“Approval of the Northeast Supply Enhancement (NESE) Project is needed to access the additional natural gas supplies required to support our region,” the company told Grist via email. “Without NESE, National Grid will not be able to supply natural gas to new commercial, industrial and residential customers to heat their homes or run their businesses, putting the region’s economic growth at risk, as well as impeding state and city carbon emission goals.”

The potential moratorium on new gas hookups has some residents and business owners worried. They say they feel like they’re caught in the crossfire of the political and environmental debate over the project. “We’re very aware of the concerns of the [Department of Environmental Conservation],” said Stephen Wangel, president of the Lynbrook Chamber of Commerce in Long Island of the government entity that denied the pipeline permits. “Balanced with that is a delicate economy on Long Island that really is being stalled by the lack of additional gas service that we’re able to get for our business.” Wangel has pushed for the state to reconcile environmental concerns so that construction of the pipeline can move forward.

While some business owners may have found themselves agreeing with the National Grid email, other customers found the company’s message — which included a link to use to contact the Governor, state, local, and federal officials to advocate for Northeast Enhancement Supply Project — disturbing. Lee Ziesche, a community engagement coordinator for Sane Energy Project, which helped lead a coalition against the pipeline, called the email “unethical” and “completely reckless.”

A spokesman for the state’s utility regulator, Department of Public Service, said in an email that it is “conducting an in-depth, detailed, ongoing review of New York’s gas infrastructure needs, and it is taking National Grid’s plans into account.” It is already looking into a similar case involving utility company ConEdison’s moratorium on natural gas hookups in Westchester County.

Ziesche’s organization and more than a dozen other groups sent a letter to the Department’s Public Service Commission Wednesday afternoon, calling on it to file a cease and desist against National Grid in response to the email. “Given National Grid’s monopoly power as a public utility in the State of New York, their email could be an abuse of power,” said the letter signed by Food & Water Watch, Sierra Club Long Island Group, NYC Democratic Socialists of America, and other groups.

“To hold our whole energy system hostage so [that National Grid’s] business model of delivering gas can survive longer than it should is really egregious,” said Ziesche. “This is all just a scare tactic utilities are deploying to lock us into decades more of gas use.”

Environmental advocacy group 350.org released a report earlier this year countering claims that increasing demand for natural gas necessitates the construction of the pipeline. It was written by Suzanne Mattei, a consultant with Lookout Hill Public Policy Associates and former Regional Director of the State Department of Environmental Conservation.

“I think that the important thing to consider here is that all of the assertions National Grid has been making about need and about growth have not been the subject of a public hearing,” Mattei told Grist. “There’s been no real transparency. They’ve simply gone out there and made assertions.”

An investigative report by New York-based nonprofit magazine City Limits found that National Grid has been inconsistent in its projections on how much gas it expects to deliver in coming years, lowering its projected deliveries between 2016-2019. National Grid told Grist that it expects a more than 10 percent increase in the need for natural gas across its service area in New York City and Long Island over the next 10 years.

National Grid has called the 350.org report “misleading,” and told Grist that it is working with other national environmental organizations to “to shape policies that will help us achieve the clean energy future we all want.” It commissioned its own report to assess greenhouse gases associated with the NESE project and its impact on climate change. That report found that meeting New York’s heating demands with natural gas would result in less planet-warming emissions than using electricity or oil. But although natural gas burns cleaner than coal or oil, other studies have pointed to methane leaks associated with natural gas production which can exacerbate increasing global average temperatures even more than carbon.

Even if the pipeline project proceeds, the future of all fossil fuel infrastructure in New York is uncertain. Last month, it passed a measure committing the state to cutting 85 percent of its greenhouse gas emissions by 2050. And environmental advocates like Mattei believe that relying on natural gas won’t be enough to avert a climate crisis or reach New York’s lofty climate goals.