Bernie Sanders and AOC want to declare a climate emergency. Does that mean anything? 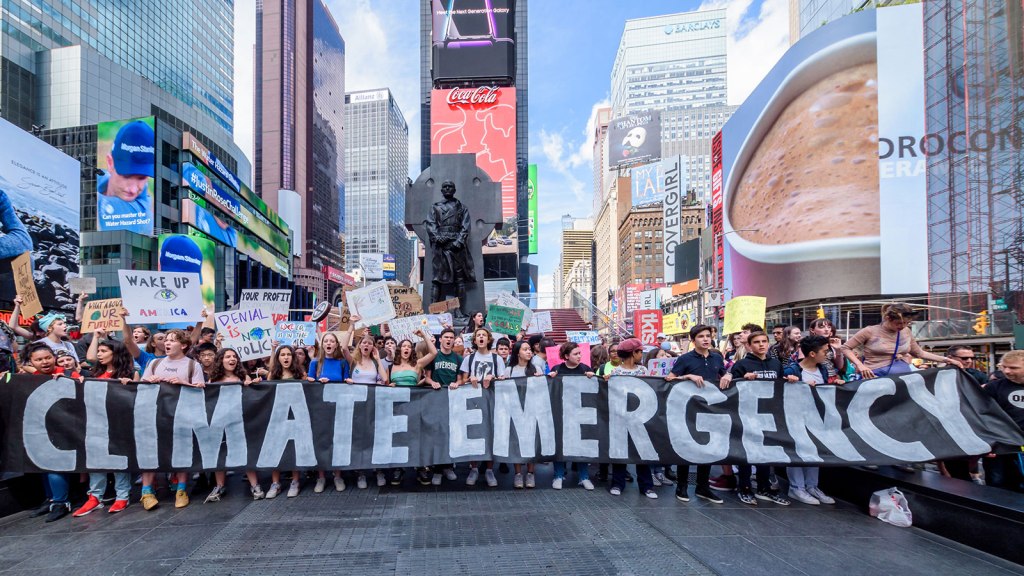 Bernie Sanders and AOC want to declare a climate emergency. Does that mean anything?

Declaring a climate emergency is kind of like that one episode of The Office when a certain regional manager thought declaring bankruptcy was simply a matter of shouting the words “I DECLARE BANKRUPTCY” into the void. It sounds right, but it’s a long way from, you know, actually addressing the problem.

And yet on Tuesday, a group of progressive heavyweights — including Representative Alexandria Ocasio-Cortez and 2020 Democratic presidential contender Senator Bernie Sanders — introduced a U.S. resolution that would do just that.

If passed, the largely symbolic resolution would demand “a national, social, industrial, and economic mobilization of the resources and labor of the United States at a massive-scale,” which is not the same thing as prescribing specific responses. And yet advocates say even proposing such a resolution is an important step towards mobilizing on climate.

U.S. progressives are far from alone in pushing a climate change emergency declaration. To date, a total of 16 countries like Canada and the U.K. (and 744 local governments, including New York City and Paris) have declared a climate emergency to spur action in the face of the crisis.

But Canada is a perfect case study in why it’s not that easy.

Last month, Canada’s Liberal Party voted en masse to declare a climate emergency in the House of Commons. Then, only one day later, Prime Minister Justin Trudeau approved the Trans Mountain Pipeline expansion that will pump almost 600,000 barrels of oil per day. Extracting and processing the oil before sending it chugging along the pipeline will emit 13-15 megatons of carbon — the equivalent of adding more than 200,000 new cars to the road every year — according to the government’s own estimates. Burning it will release even more carbon dioxide.

“Canada can’t be a climate leader and support this pipeline,” Brian Cladoosby, Washington’s Swinomish tribe chair, told Earther when the pipeline expansion was passed. “You can’t respond to an emergency by continuing to approve projects that are causing the emergency.”

And with the pipeline’s added emissions, it’ll be even harder for the country to meet its targets under the Paris agreement. The government’s own numbers show that even before the pipeline, Canada was a whopping 79 megatons of greenhouse gases away from their 2030 emissions reductions goals.

Canada’s declaration — like the United Kingdom before it — is non-binding (I mean, Trudeau was too busy at a Toronto Raptors victory parade to even attend the vote). As Reuters reported when the United Kingdom declared the emergency in May, it “has no direct consequences for policy.”

Still, advocates say the declaration could serve as a leverage point, according to the Guardian, allowing environmental groups to point to a specific act of hypocrisy when the government makes decisions that exacerbate the issue like, I don’t know, announcing the expansion of a highly polluting tar sands oil pipeline. And, according to Fast Company, a U.S. declaration could clear the path for sweeping action plans like the Green New Deal by showcasing that there’s a broad consensus that climate change is a worthy investment.

But the U.S. likely has a long way to go before it gets to test that particular theory. The resolution might have a good chance of passing the Democrat-controlled House, but will most likely not even come to a vote in the Republican-controlled Senate.