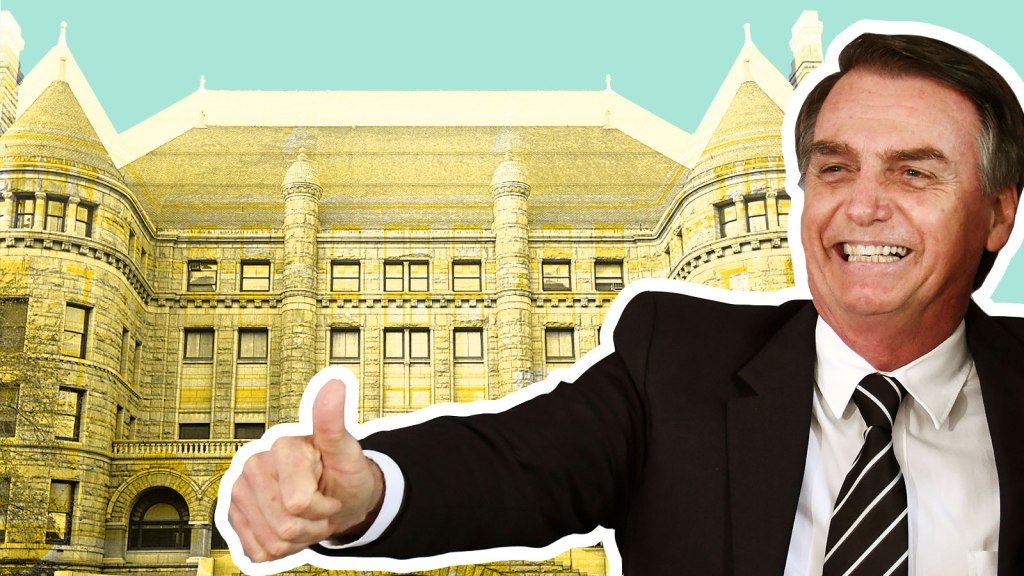 Brazilian President Jair Bolsonaro, known for his strong anti-environmental policies and intention to open up the Amazon rainforest to increased deforestation, will be one of the guests of honor next month at a gala at, wait for it, the American Museum of Natural History.

On May 14th, the New York museum, whose permanent collections include the hall of biodiversity and the hall of North American forests, is scheduled to house the black-tie event, put on by the Brazilian-American Chamber of Commerce. Each year, the organization honors two “persons of the year” — one Brazilian, one American– who have advanced economic ties between the two countries. While the American honoree has not yet been announced, Bolsonaro is slated to take the Brazilian slot, Gothamist reports.

But the irony of lauding a man who has repeatedly aired racist, homophobic and misogynist views all the while rolling back environmental protections in the Amazon at a venue dedicated to the natural world has not been lost on advocates or fans of the museum.

“The fact that American Museum of Natural History would accept an event for something so counter to their own values, they should be ashamed themselves,” Priscila Neri, a Brazilian activist with the New York City-based human rights organization WITNESS, told Gothamist. “In a moment when there’s been a rise of authoritarianism around the world, they’re giving a positive nod to a man who is rolling back human rights protections and scientific knowledge.”

Bolsonaro, dubbed the “Trump of the Tropics,” has undertaken an aggressive campaign of deforestation and mining that indigenous groups have likened to an “institutionalization of genocide in Brazil.”

The Brazilian-American Chamber of Commerce has close ties to the Bolsonaro regime. Earlier this week, Chamber of Commerce Executive Director Ted Helms struck a $9 billion deal with Bolsonaro’s government to sell oil production rights, and the organization’s president and board chairman, Alexandre Bettamio, was reportedly one of Bolsonaro’s choices to run the country’s state-run bank.

To be fair to the American Museum of Natural History, the pro-Bolsonaro event is external, meaning the Museum is only acting as a venue; the event was also booked at the before the honoree was announced.

Roberto Lebron, a spokesperson for the museum, told Gothamist that the event “does not in any way reflect the Museum’s position that there is an urgent need to conserve the Amazon Rainforest, which has such profound implications for biological diversity, indigenous communities, climate change, and the future health of our planet.”

Museum representatives also tweeted that they are “deeply concerned” and are exploring their options.

Update 4/17/19: After facing backlash from museum researchers and visitors (and even New York City’s mayor Bill de Blasio — who called Bolsonaro a “very dangerous human being”), the American Museum of Natural History announced it would no longer host the Bolosonaro fan fest. “With mutual respect for the work & goals of our individual organizations, we jointly agreed that the Museum is not the optimal location for the Brazilian-Am. Chamber of Commerce gala dinner,” the museum tweeted.