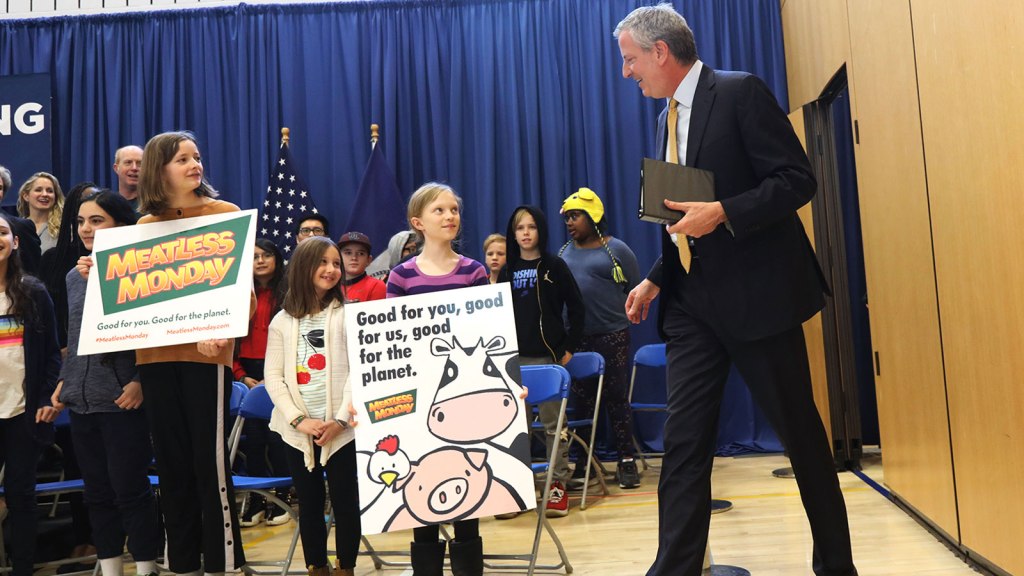 “Cutting back on meat a little will improve New Yorkers’ health and reduce greenhouse gas emissions,” Mayor Bill de Blasio said in a statement (which was released, naturally, on a Monday.) “We’re expanding Meatless Mondays to all public schools to keep our lunch and planet green for generations to come.”

The New York City school district is the nation’s largest and includes more than 1,800 schools and  1.1 million students. The city’s “Meatless Monday” effort started out as a pilot program in 15 Brooklyn schools, where it proved to be both cost-effective and popular with students.

The fact that kids in NYC are down to munch on vegetarian or vegan meals once per week isn’t really a shocker; plant-based diets are more common among young people. Plus, the younger generation is pretty riled up about climate change, and there is no shortage of evidence that large-scale meat production plays a significant role in greenhouse gas emissions.

“Reducing our appetite for meat is one of the single biggest ways individuals can reduce their environmental impact on our planet,” said Mark Chambers, Director of the NYC Mayor’s Office of Sustainability, in a statement. “Meatless Mondays will introduce hundreds of thousands of young New Yorkers to the idea that small changes in their diet can create larger changes for their health and the health of our planet.”

New York Public Schools is not the first district to adopt the policy — more than 100 other districts across the country have also signed on. So, so long, Monday mystery meat! You will not be missed.