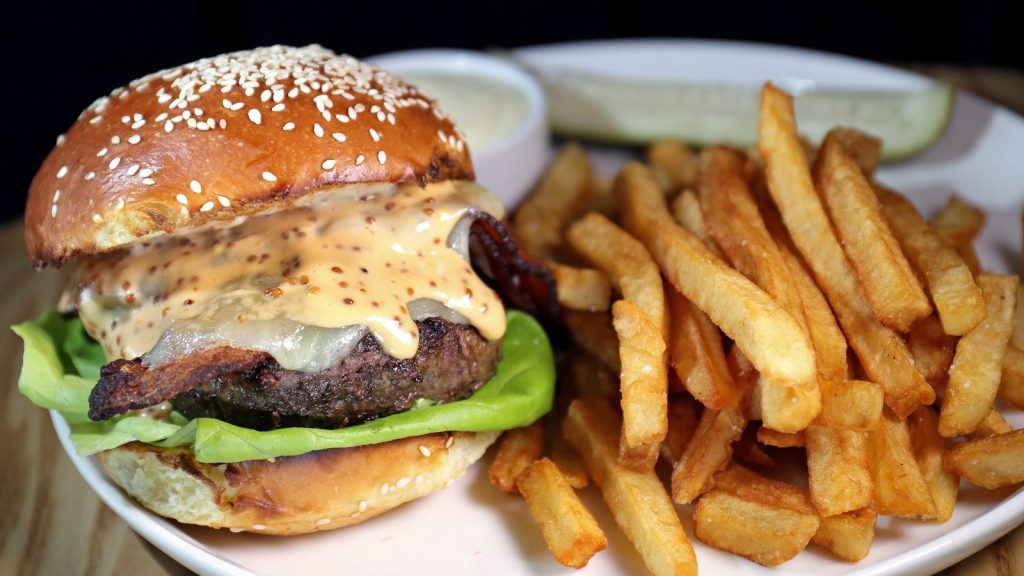 A new, comprehensive analysis came to a regrettable conclusion for all you cheeseburger lovers out there: The earth has a beef with your meat and dairy consumption.

A vegan diet is “probably the single biggest way to reduce your impact on planet Earth,” the University of Oxford’s Joseph Poore, the lead researcher, told the Guardian. He says that giving up meat and dairy makes a “far bigger” difference than cutting down on flying or getting an electric vehicle.

The researchers found that meat and dairy production is responsible for 60 percent of greenhouse gas emissions from agriculture. The study, published in the journal Science, represents the most comprehensive analysis of farming’s environmental impact to date. It assessed the production of 40 different foods (representing 90 percent of all that we eat) at 40,000 farms across the world, analyzing their impact on land use, greenhouse gas emissions, water use, and air and water pollution.

If we gave up meat and dairy, we could reduce farmland by more than 75 percent worldwide and have enough food for everyone to eat, the analysis shows.

The results support what the science had already been telling us, even though the researchers took a new approach of gathering data farm by farm. Previous work had used national data to quantify farming’s impact. “It is very reassuring to see they yield essentially the same results,” Gidon Eshel, a Bard College food researcher who wasn’t involved in the Science analysis, told the Guardian.

While this is a confirmation of what we’ve been hearing for years, we also know that getting the entire world to switch to veganism is a hard sell. And in fact, after a few years of decline, meat eating is on the rise again: Americans are predicted to eat a record-shattering amount of red meat and poultry this year. It’s never too late to join the reducetarian movement, meat lovers.