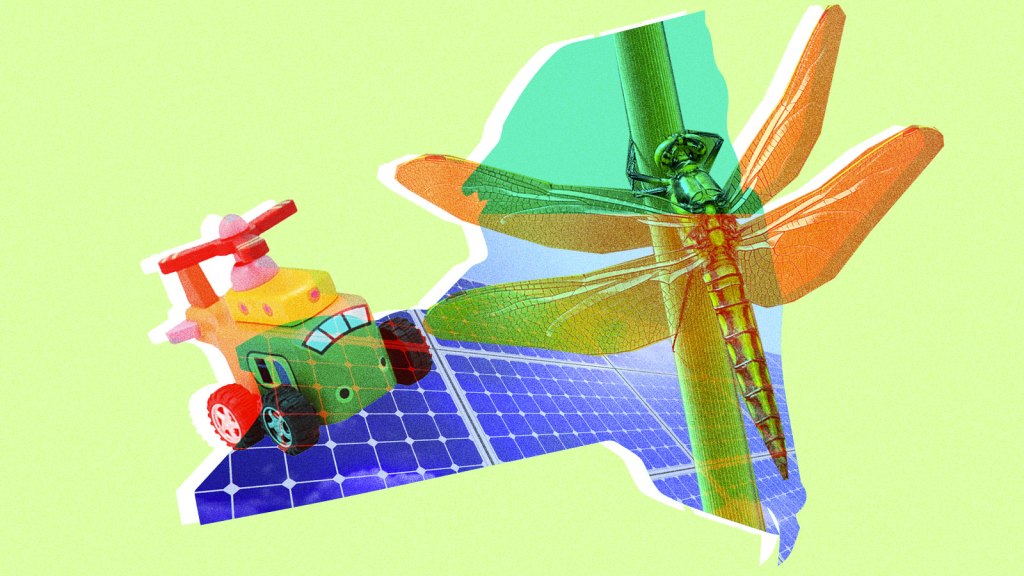 Lawmakers in Albany saw green on Tuesday as the Dem-controlled New York State Legislature passed a broad package of environmentally friendly bills, including nods to toxic toys, solar power, and even the humble dragonfly. But one of the biggest proposed changes is an amendment to the state constitution that would guarantee New Yorkers the right to clean air and water, and a healthful environment.

“For far too long, common sense environmental measures that would protect our air, water, and our health had little chance of becoming law in New York,” Peter Iwanowicz, the executive director of Environmental Advocates of New York, told the New York Daily News. “Now, in just one afternoon, the Legislature is making up for lost time by passing a suite of bills that will protect New Yorkers’ health and the precious natural resources we all love and enjoy.”

Here’s a roundup of a few of the measures, which will now go to Governor Andrew Cuomo to be signed or vetoed:

Show me the hazards

Bill S.181 requires the Department of Environmental Conservation to publish a list of areas in New York that are most adversely affected by existing environmental hazards. Senator José Serrano, who sponsored the bill, said he hoped the list would call more attention to environmentally overburdened and disadvantaged communities when the state considered future projects.

“As we move toward a greener, cleaner New York, we must make balanced and informed decisions on environmental matters as we protect the health and well-being of all New Yorkers,” he said.

It’ll get safer to chew on toys and jewelry

Bill S.501B establishes strict regulations on certain chemicals in children’s products. Another bill, S.5343, prohibits the use of the widely used brain-damaging pesticide chlorpyrifos (except, for some reason, on apple tree trunks). Studies have linked prenatal exposure of chlorpyrifos to a variety of developmental issues in children, including lowered IQ.

If you’re a compulsive necklace gnawer, you’ll be happy to know that bill S.4046 requires jewelry containing 40 parts per million of lead to carry a warning to notify parents and consumers about jewelry that “may be harmful if eaten or chewed.”

And a light bit of legislation: Bill S.2139 ensures mercury-added lamps (which include fluorescent lamps, neon signs, and car headlights) sold in the state do not contain excessive levels of mercury.

A neighborly approach to solar power

A day for dragonflies

What are you doing on Saturday, June 8? Well if you’re in New York, you could celebrate the state’s new dragonfly day, courtesy of a new proclamation from Governor Andrew Cuomo. Organizers say it’s an opportunity to recognize the environmental value of the state wetlands and learn more about ways to reduce CO2 emissions.

That’s not all, folks. Perhaps the biggest piece of legislation is the Green Amendment, a.k.a. bill S.2072. The bill proposes a 15-word amendment to Bill of Rights in the New York State Constitution: “Each person shall have a right to clean air and water, and a healthful environment.”

Proponents say the new wording would allow the justice system to prosecute violations of the amendment, while critics point out that the vague wording could create confusion. “What is clean?” asked Republican Assemblyman Andy Goodell during Tuesday’s floor debate.

If voters are for the bill, New York would only become the third state — after Montana and Pennsylvania, which passed similar measures in the 1970s — to recognize environmental rights as on par with other political and civil liberties.

“The Senate Majority is working to protect our environment for future generations even if our federal government continues to counter important efforts to mitigate climate change,” Senator David Carlucci and Green Amendment sponsor said. “This package of bills […] will help ensure New Yorkers have healthier communities, safer drinking water, more sources of clean energy, and less exposure to harmful chemicals.”