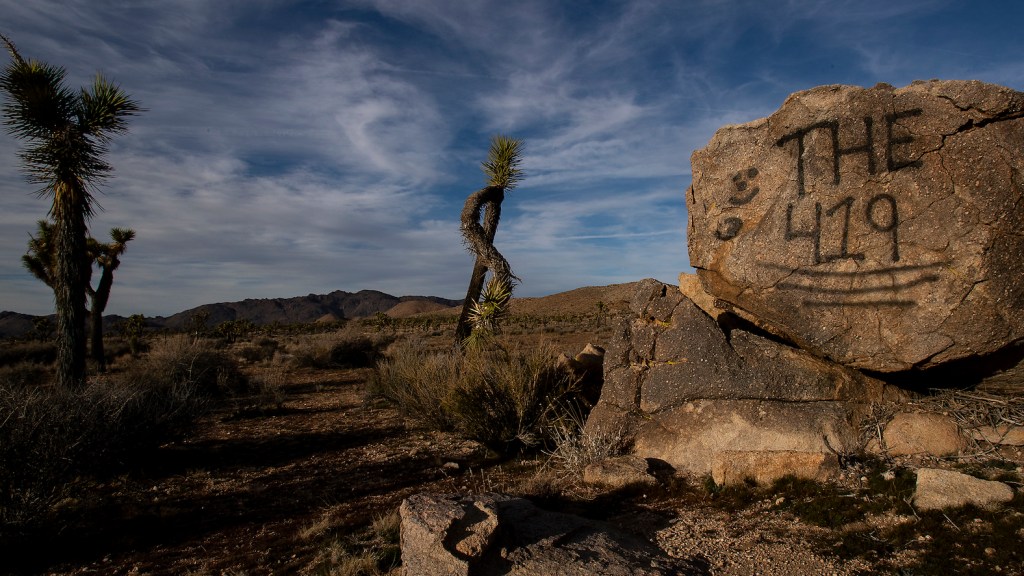 Ever wanted to cut down an iconic Joshua tree in order to create space for some off-roading? No? Well, we thank you. But during the government shutdown, some fine folks did just that.

National parks are filling with garbage, and not just the kind that comes in trash bags. Since the government shut down 20 days ago, Joshua Tree, which is about the size of Delaware and located two hours east of Los Angeles, has been forced to reduce its number of rangers from 100 to only eight. The lack of staff is making it difficult to keep up with the mayhem that is illegal off-roading and road creation, damage of federal property, overflowing garbage and toilets, out-of-bounds camping, and the chopping down of literal Joshua trees.

During the shutdown, with Joshua Tree National Park open but no staff on duty, visitors cut down Joshua trees so they could drive into sensitive areas where vehicles are banned.

And it isn’t just Joshua Tree bearing the brute force of the barbaric human. Reports have been surfacing of human waste and trash pile-up in a number of national parks, from Yosemite to Death Valley.

“I think there are a number of things that are not very obvious to the general public, like the trash and toilets [are], that are pretty consequential when you have a shutdown,” National Park Service Director Jon Jarvis told the the National Parks Traveler.

While the sight of overflowing waste and cut Joshua trees is shocking (and quite frankly repulsive), there is also major damage happening out-of-sight. The longest-running research initiative in the Shenandoah National park — 200,000 acres in the mountains of Virginia — has come to a grinding halt during the government shutdown. The study examines the impact of acid rain in the mid-Atlantic forests, and the research has been used to understand the effects of air pollution on natural systems. No big deal, unless you like breathing clean air.

Earlier this month, Acting Interior Secretary David Bernhardt instructed all national parks to use fee revenues in order to keep parks open during the shut down. Parks that require an entrance fee often save 80 percent of that revenue for ongoing projects such as park maintenance, visitor services, wildlife habitat needs, and law enforcement.

But just as we have knuckleheads, we too have good samaritans: Volunteers across the country are showing up to clean toilets and take out the trash, helping to tidy up the government-made mess.