On the 7th day of the shutdown, the EPA has run out of money 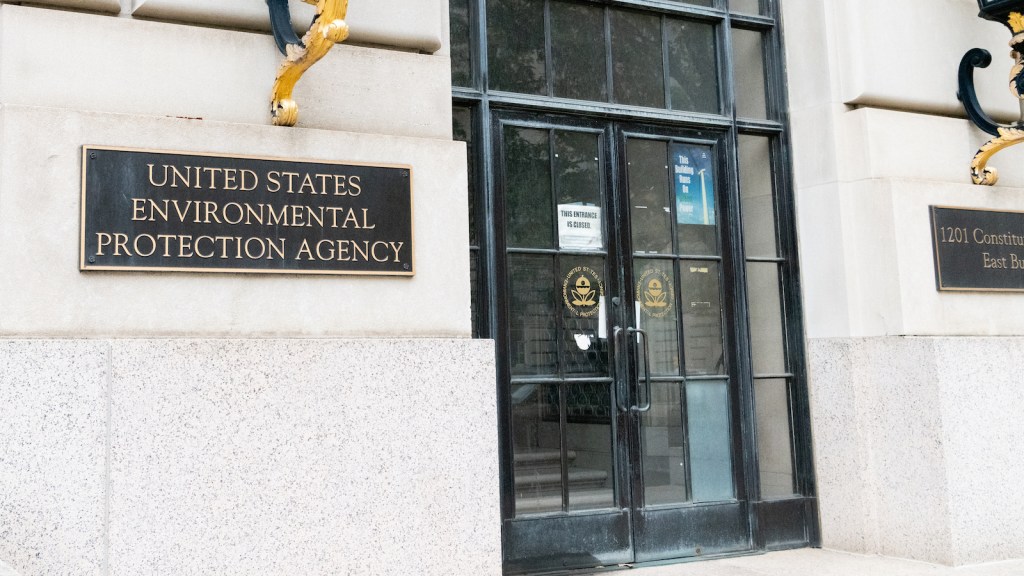 On the 7th day of the shutdown, the EPA has run out of money

As the government shutdown enters its second week, the Environmental Protection Agency is set to run out of funds and join the list of agencies affected by the partial closure. The shutdown was precipitated by President Donald Trump’s insistence that he would only sign a congressional spending bill that includes funds for a wall on the southern border of the U.S.

Unlike some other agencies, like the Department of State and the Department of Justice which shuttered almost immediately, the EPA had enough funds to operate through December 28. “EPA has sufficient carryover funds to continue to operate for the remainder of this week,” Acting Administrator Andrew Wheeler said in an email on Thursday afternoon. “However, in the event an appropriation is not passed by Friday, December 28th, EPA will initiate orderly shutdown procedures.”

Approximately 750 EPA staffers will join the 420,000 essential employees working without pay. According to the agency’s shutdown contingency plan, personnel working on Superfund sites or other projects that pose an imminent threat to public health will be exempted from the shutdown. Meanwhile, more than 13,700 other employees throughout the country, who handle activities such as answering Freedom of Information Act requests, inspection of power plants, and reviews of toxic substances will be furloughed.

“Shutdowns, which waste American resources and taxpayer dollars, have grave consequences for science and research, public health, public lands, and species protections,” Ken Kimmell, the president of the Union of Concerned Scientists said in a statement last week. “Community members, especially ones near Superfund sites and other contaminated areas, won’t get their questions answered when federal offices empty out.”

The shutdown has no clear end in sight. Trump is still demanding funding for the wall and threatening to completely close down the border if he doesn’t get his way. On Thursday, after brief sessions, both the Senate and the House adjourned until Monday, making it inevitable that the shutdown will extend into the new year.