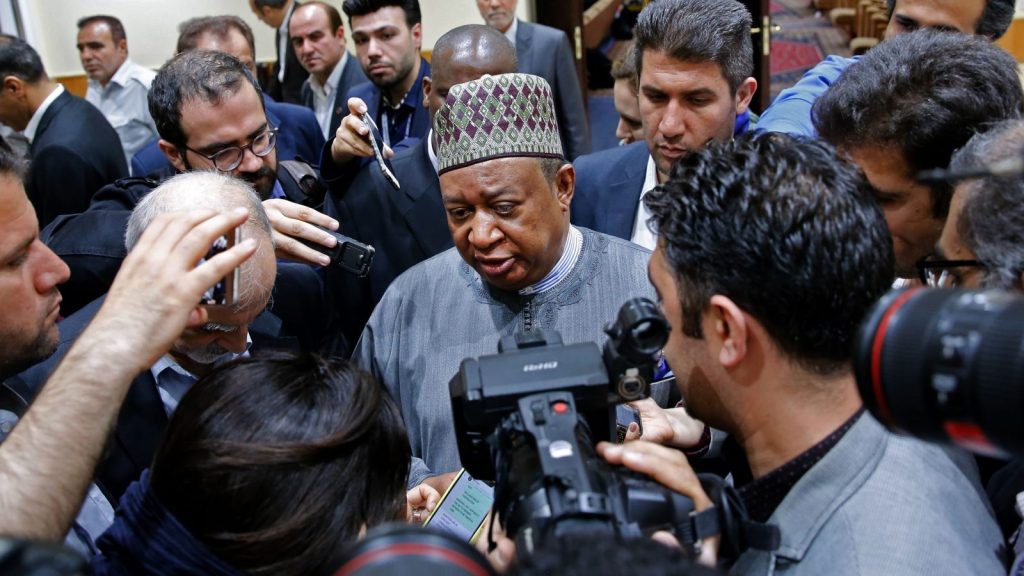 OPEC Secretary General Mohammed Barkindo. AFP / Getty Images
cartel it like it is

What’s one of the world’s most powerful cartels afraid of? A bunch of meddling kids.

Climate activists and their “unscientific” claims are “perhaps the greatest threat to our industry going forward,” said Mohammed Barkindo, the secretary general of OPEC (the cartel representing 14 countries with 80 percent of the world’s oil reserves) earlier this week.

He might have been talking about protesters more broadly, but the rest of his statement suggests that young people are being particularly irksome. Barkindo said some of his colleague’s children are asking them about the future because “they see their peers on the streets campaigning against this industry.” (I guess the birds and the bees isn’t the most uncomfortable conversation parents are having with their kids in OPEC households.)

This is, of course, heartening news for climate activists. Greta Thunberg, the 16-year-old Swede famous for starting a movement of youth strikes calling for climate action, thanked OPEC for the compliment.

“There is a growing mass mobilisation of world opinion… against oil" and this is "perhaps the greatest threat to our industry".
OPEC calls the school strike movement and climate campaigners their “greatest threat”.

Thank you! Our biggest compliment yet!https://t.co/f3anMLo4XX

Barkindo is right that climate advocates are winning over the hearts and minds of the people. Surveys show that 57 percent of Americans now think fossil fuel companies are at least partially responsible for climate change. Meanwhile, support for policies that would cut into fossil fuel companies’ bottom lines, like transitioning to renewable energy infrastructure, is increasing as approval for expanding fossil fuel infrastructure and offshore drilling declines.

As for climate activists’ “unscientific claims,” it’s unclear if Barkindo had a particular statement in mind, but the science pretty unequivocally supports demands for urgent change. Global emissions need to be drastically cut by 2050 to avoid more than 1.5 degrees C of warming, and to do that we need to use way less fossil fuels.

It’s not just public opinion that’s turning against the fossil fuel industry — insurance companies and investors are increasingly opting to put their money elsewhere. But that’s not the fault of some upstart kids: It’s because science and common sense are showing fossil fuels are a bad investment, especially in the long run. Recent figures estimate that climate change could cost the world economy as much as $69 trillion by 2100.