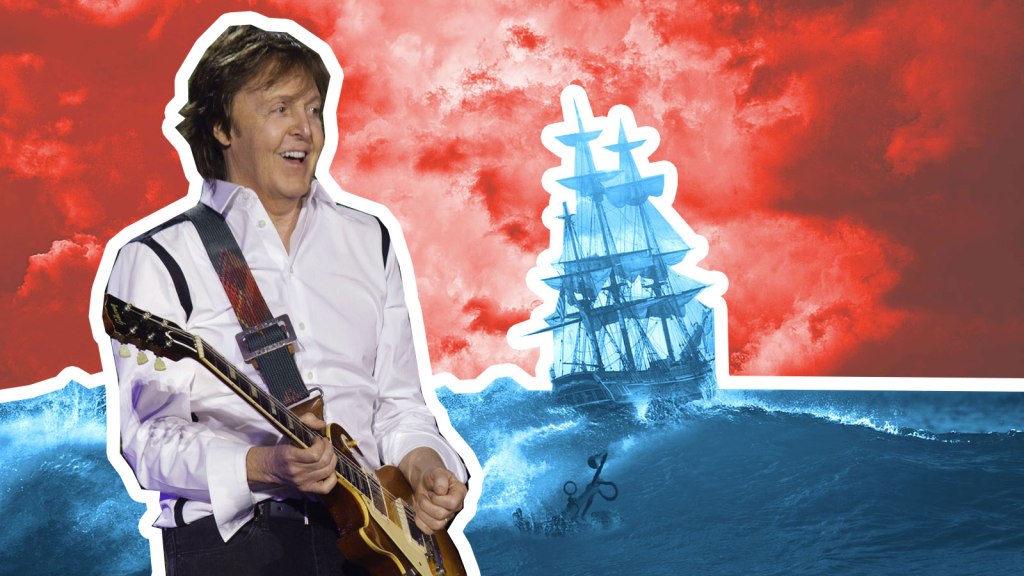 The music legend who co-wrote the 1966 hit The Yellow Submarine is back with another marine-themed song, and guess what? It’s about climate change.

“Despite repeated warnings of dangers up ahead, the captain won’t be listening to what’s been said,” Paul McCartney sings in “Despite Repeated Warnings,” a 7-minute, rage-fueled song on his new record Egypt Station.

The solo album, McCartney’s 17th, soared to the No. 1 spot on Billboard 200 last week, transmitting an important message to thousands of eager fans: This submarine we’re all living in might never resurface if we don’t do something to rein in emissions.

The opening bars of the track are evocative of Golden Slumbers, part of a medley that appeared on Abbey Road. But the song quickly sails into less tranquil waters as McCartney sings angrily about a captain steaming ahead “despite repeated warnings.”

Below decks, the engineer cries

The captain’s gonna leave us when the temperatures rise

The needle’s going up, the engine’s gonna blow

And we are gonna be left down below

Who’s the delusional captain in “Despite Repeated Warnings”?

“Well, I mean obviously it’s Trump,” the singer told BBC in an interview last week. “But there’s plenty of them about. He’s not the only one.”

The song touches on climate-related issues, including wildfire smoke — “red sky in the morning (What can we do?).” It’s a timely reference, as smoke from fires choked the western U.S. in August. McCartney’s song also alludes to the scientists who raised the alarm about climate change: “a sailor’s warning signal should concern us all.”

But the best part of the song, in this writer’s opinion, is McCartney’s not-so-subtle jab at climate deniers: “Those who shout the loudest may not always be the smartest.” He doubled down on those lyrics in the BBC interview. “People who deny climate change … I just think it’s the most stupid thing ever,” the second-best Beatle said.

What’s next? “Drive My Electric Car?” “Here Comes the Solar Panels?” Whatever it is, we are 100 percent here for climate-woke Paul McCartney.