What’s a smokestorm? A meteorologist explains. 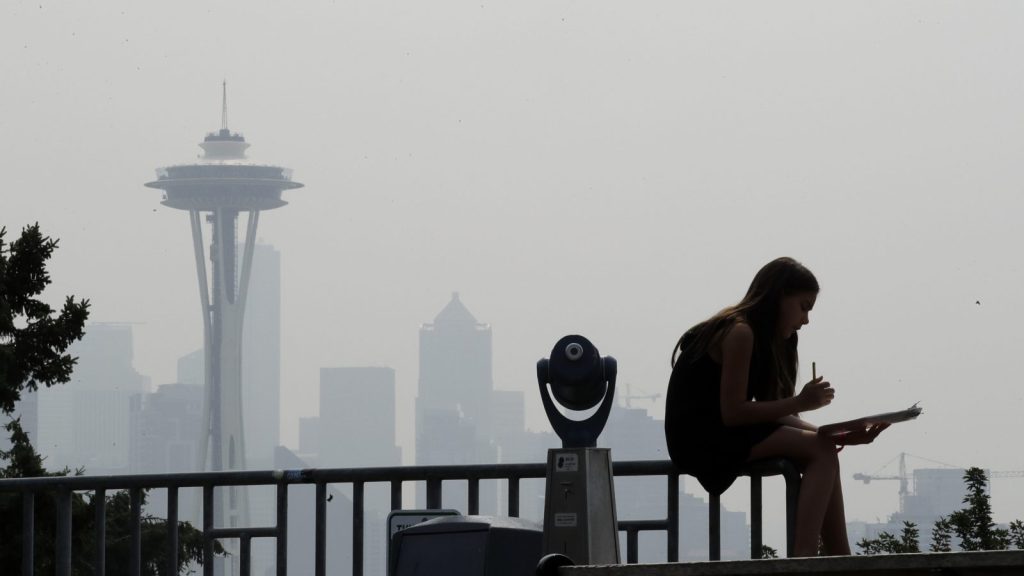 What’s a smokestorm? A meteorologist explains.

As wildfire smoke descended on Seattle this week, the sun turned an apocalyptic shade of red and the city breathed in some of the unhealthiest air in the world. A new word to describe this phenomenon graced the headlines: “smokestorm.”

The person who coined the term is Cliff Mass, professor of atmospheric sciences at the University of Washington and revered Seattle meteorologist. “A Smokestorm is Imminent,” read the title of his blog post last Saturday, in which he projected the dangerously smoky days ahead for northwest Washington state.

“You have heard of rainstorms, snowstorms, and windstorms,” Mass wrote. “It is time to create another one: the smokestorm.”

I called up Mass on Wednesday — the day before a drizzle came in and the smoke began to dissipate — to hear the story behind the term and what he thinks we can do to prevent future smokestorms.

He came up the word to help prepare people for the hazardous air conditions. “I just wanted to give people a heads up, and something dramatic probably was more effective than ‘air quality alert,’” Mass tells me.

Mass defines a “smokestorm” as “a sudden onset of high concentrations of smoke that are large enough to affect daily life.”

Like other types of storms, a smokestorm disrupts normal operations. In Seattle this week, flights were delayed. The tourism industry took a hit. State health officials even started warning people not to vacuum.

“This was the worst [smoke] event we had in 20 years,” Mass tells me. “But one thing you can keep in mind is that people are not old enough to remember what it was like in the early 20th century and before.”

Mass says that Seattle was historically a “very smoky place.” He points to an example: In 1895, when Mark Twain visited Olympia, the capital of Washington, the city’s reception committee apologized to him for the dense smoke from wildfires that clouded picturesque views of the Olympic Mountains.

Wildfires and smoke were part of life, but they weren’t like the giant blazes or smokestorms we see today. In additional to naturally occuring blazes, indigenous groups in the area would start low-intensity burns for hunting and clearing the land to gather food — a practice that stands in stark contrast with the aggressive fire suppression practiced during the last hundred-plus years.

The forests are now overgrown and “completely unlike what they were like 150 years ago,” Mass says, “and they tend to burn these large fires which sometimes we just can’t stop.”

There’s considerable agreement among scientists that climate change is making drought and heat — and consequently, wildfires — worse. But it’s not the only factor at play here. Mass calls the climate change explanation for wildfires a “simplistic narrative,” though he acknowledges the danger it poses. (Recently, some in the climate community have criticized Mass’ approach to climate.*) “Climate change is going to get more and more serious as time goes on, so you gotta worry about that,” he told me.

In addition to overgrown forests, Mass places some responsibility on the spread of invasive grasses — which he referred to as “grassoline” — that burn more readily than Washington’s native grasses.

So how do we put a stop to gigantic fires, and thus smokestorms, in the West? Mass says the key is proper forest management: Clearing out excess fuel and doing low-level prescribed burns.

“It would cost billions of dollars to do,” Mass says, “but we’re gonna pay for it anyway. You might as well do it smart and take care of it.”

*This piece has been updated.