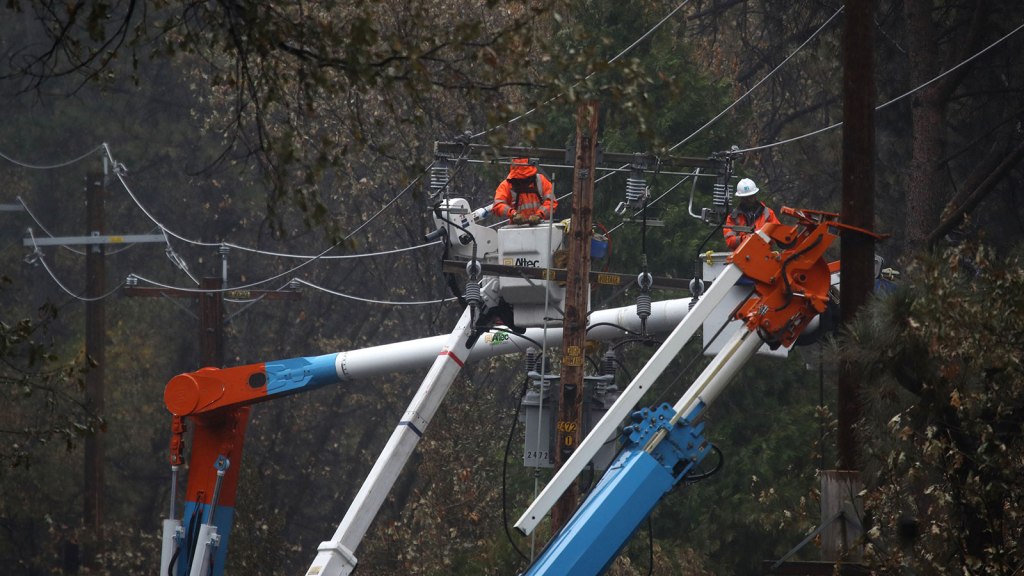 It’s been nearly two months since the massive Camp Fire laid waste to the town of Paradise in northern California. It destroyed nearly 14,000 homes and claimed at least 86 lives, making it the deadliest fire in the state’s history. And now the state’s largest public utility provider, Pacific Gas & Electric Co. could face murder or manslaughter charges related to the blazes.

PG&E is already under investigation for criminal wrongdoing related to California’s deadly wildfires. Though investigators have not determined what officially sparked the fire, PG&E reported “an outage” on a transmission line in the area where the blaze began around the time the blazes started.

If district prosecutors find that “reckless operation” of its power equipment caused any of the state’s deadly wildfires in the past two years, the company could be held responsible for not just the resulting property damages but the loss of life as well.

“PG&E’s most important responsibility is public and workforce safety,” the utility, which provides electricity to about 16 million Californians, said in a statement. “Our focus continues to be on assessing our infrastructure to further enhance safety and helping our customers continue to recover and rebuild.”

On Friday, California’s Attorney General Xavier Becerra submitted a legal brief to a federal judge who is considering how the wildfires could affect PG&E’s probation from a criminal case born out a 2010 explosion at a natural gas pipeline operated by PG&E. The judge will have to gauge PG&E’s “mental state” — meaning, its employees’ degree of negligence and recklessness — before determining which charges to bring, if any.

Potential charges range from minor misdemeanors related to poor maintenance of trees along power lines to involuntary manslaughter or murder if the company is found to be the cause of the wildfires.

In addition to possible criminal charges, PG&E could be found liable for billions of dollars in civil damages. But it’s not just the company that will bear the burden of any resulting settlements. In September 2018, California Governor Jerry Brown signed a bill which permitted PG&E to pass on some of the costs related to utility’s role in the 2017 wildfires on to their customers.