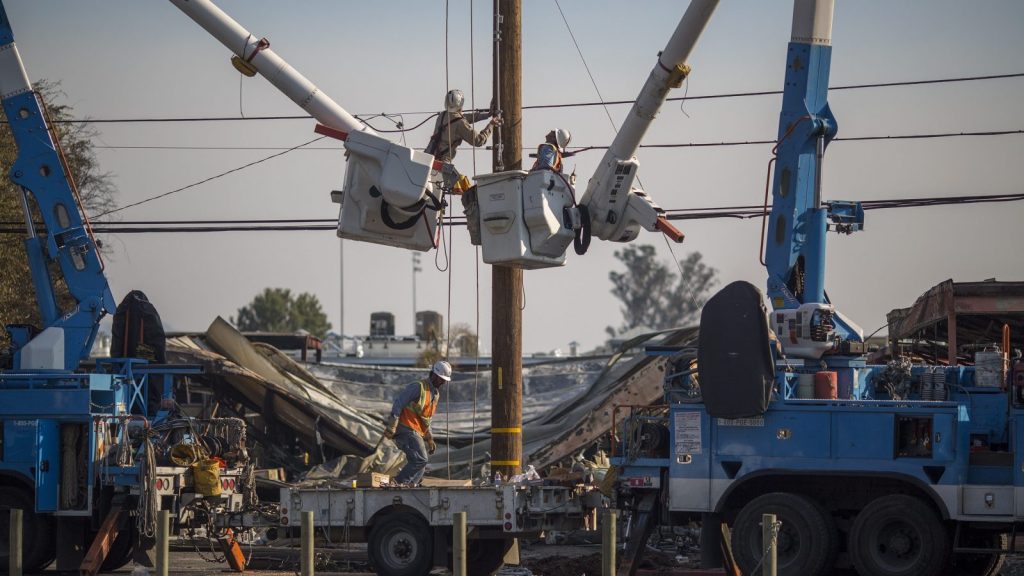 What happens when a state’s major partner in its green makeover suddenly goes bankrupt? California is about to find out because Pacific Gas & Electric Company, the largest power utility in the state, has said it will file for Chapter 11 by the end of the month.

Some environmentalists said that a collapse of PG&E will impede California’s pioneering climate efforts. Without PG&E, the state’s energy efficiency programs, renewable power investments, and rooftop solar initiatives are all at risk, according to Ralph Cavanagh, co-director of Natural Resources Defense Council’s energy program. In a blog post, he pointed out that the company is investing over $1 billion a year in clean energy infrastructure and warned against reflexively punishing the company.

The recent run of wildfires are part of the story. Electrical wires owned by the utility are a primary suspect in several wildfires that killed more than 90 people and destroyed some 20,000 homes over the past two years. PG&E faces an estimated $30 billion liability for the fires.

A former PG&E employee told the Wall Street Journal that it was blindsided by California’s historic drought, which turned much of the state into tinder. “It’s hard to believe that anybody would have predicted that it would have been like this,” Stephen Tankersley, who oversaw PG&E’s vegetation-management program between 1999 and 2015, told the Journal. “I’ve never seen anything like it.”

The landscape was so unusually parched that electrical equipment sparked one fire a day, according to the Journal’s analysis.

This isn’t the first trip through bankruptcy court for PG&E. The first time came in 2001, after Enron-era electricity price spikes drove it into the ground. Cavanaugh and other NRDC lawyers went to court back then to protect the utility’s clean energy investments.

Still, bankruptcy is sure to slow down the state’s initiatives and draw attention away from programs that might slash emissions further.

Cavanagh thinks California needs to change things if it wants to meet its climate goals. The state is unusual in that it holds utilities liable for fires regardless of whether they did a good job of maintaining lines and clearing nearby trees. The state should reform its liability rules, he said, while also doubling down on efforts to stem climate change.

“The clean energy transition well underway remains our best long-term defense,” Cavanagh told Grist. “But that transition is in danger of going up in smoke if the state persists in making electricity providers bear the costs of ever-more-destructive wildfires.”