Poll: The Green New Deal is as popular as legalizing weed 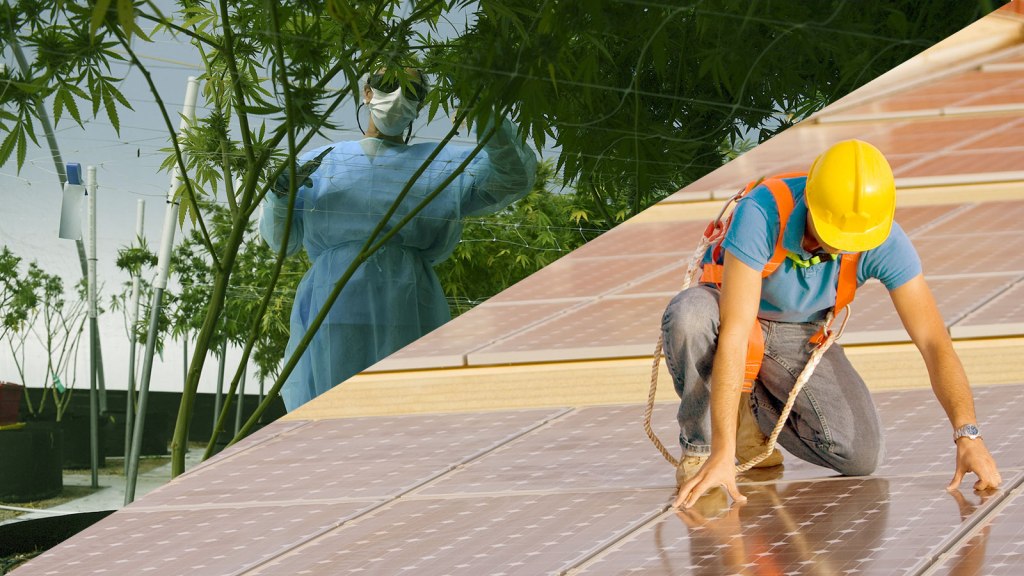 Poll: The Green New Deal is as popular as legalizing weed

A new poll from NPR, PBS Newshour, and Marist shows that the Green New Deal, only recently popularized by progressive representative Alexandria Ocasio-Cortez, is seriously catching on with the public.

In the survey of 1,346 Americans over the age of 18, the Green New Deal has a higher approval rating than a wealth tax, a semi-automatic assault gun ban, and free college tuition. It has the same rating as legalizing marijuana. The plan enjoys wide popularity among almost all demographics: people with and without college degrees, whites and people of color, urban and rural Americans, and people who earn less than and more than $50,000.

The numbers look something like this: 63 percent of national adults think the climate proposal is a good idea, while 60 percent of registered voters (the folks who are capable of actually putting politicians in office who will make the green dream a reality) support it. A whopping 86 percent of Democrats and 64 percent of Independents are in favor of the plan. No surprise here, but only 26 percent of Republicans are enthusiastic about the Green New Deal at the moment.

So how does the Green New Deal compare to other climate-themed issues?

The deal has a higher approval rating than implementing a carbon tax and re-entering the Paris climate agreement: Only 50 percent of national adults think a carbon tax is a good idea, and 53 percent think we should re-enter Paris. The plan is just as popular among Republicans as a carbon tax, even though a number of conservatives have recently tried to repackage carbon pricing as a bipartisan climate solution.

Here’s another fascinating tidbit: the percentage of adults who weren’t sure whether re-entering the Paris agreement was a good or bad idea was quite high: 17 percent. But when it came to the Green New Deal, only 6 percent of adults said they were unsure. That means the folks pushing the proposal (and the people opposing it — cough, cough — Fox News) are doing a great job of raising awareness.