What’s next for Big Oil? A carbon tax for them and a whole lotta concessions from us. 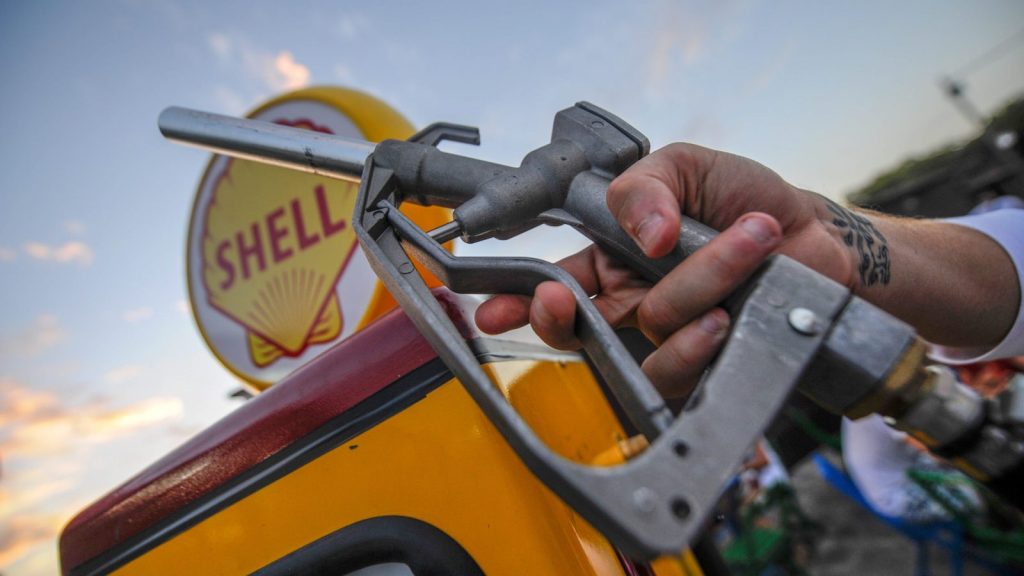 What’s next for Big Oil? A carbon tax for them and a whole lotta concessions from us.

In case you haven’t heard, climate change is kind of having a moment right now. The Democratic presidential primary is chock-full of climate enthusiasts, youth all over the world are striking in a bid to get their elected officials to take action, and a progressive proposal called the Green New Deal has helped catapult the issue to the forefront of American politics.

The oil and gas industry is dealing with a newly hostile landscape. Exxon, in particular, has had a rough couple of years in the public eye. The #ExxonKnew investigations uncovered the nefarious ways in which the company tried to cover up climate science for decades. And a slew of recent climate liability lawsuits are aimed at getting the biggest players in the industry to pay up for climate-related damages.

So what’s a modern oil company to do? The world’s largest oil companies are starting to realize that a carbon tax might be their smartest move. On Monday, BP and Shell became the latest major supporters of a carbon tax initiative backed by Americans for Carbon Dividends, the advocacy arm of the Republican-led Climate Leadership Council.

Other members include some big-shot economists, an heir to the Walmart fortune, and two former secretaries of state, James P. Baker and George P. Shultz. Both oil companies pledged $1 million over the next two years to back the Baker-Shultz Carbon Dividends plan. Exxon also invested $1 million in the initiative back in 2017. The tax starts at $40 per ton, rises over time, and returns the revenue generated by the tax back to Americans.

The CLC’s carbon tax isn’t the only carbon pricing scheme out there at the moment, though it does have the most financial support from oil companies thus far. Members of a bipartisan group in the House floated a carbon tax proposal in January. And recently, a coalition of environmental groups and corporate giants including some of the same oil companies backing the Baker-Shultz plan launched an initiative called the CEO Climate Dialogue. The group aims to encourage Congress to enact — you guessed it! — a national carbon tax.

It’s clear that these oil companies are starting to see the writing on the wall. At the very least, they’re eager to avoid something like the Green New Deal, which would fundamentally alter the way Big Oil does business by rapidly transitioning away from fossil fuels and fossil fuel infrastructure.

But there’s another reason the likes of BP and Exxon are supporting a carbon tax: In exchange for a tax on emissions, Congress would “streamline” environmental regulations. Details of the proposal are still being hammered out, according to Climate Leadership Council Vice President Greg Bertelsen, but that could mean rolling back something as big as Obama’s Clean Power Plan or what’s left of it after Trump’s presidency).

And it’s clear oil companies want a carbon tax done on their terms. In Washington state, BP America spent around $13 million to squash a carbon tax initiative that was up for a vote during the 2018 midterm elections. The tax would have left environmental standards intact.

Rolling back regulations in exchange for a carbon tax works for the planet, Bertelsen said, because the tax would provide emissions reductions that surpass the goals laid out in the Paris agreement. By the group’s calculations, the tax would reduce three times the amount of emissions that even the Clean Power Plan promised. And because it would be accomplished by legislative action rather than executive action, the danger of a climate-unfriendly administration swooping in and repealing environmental progress (sound familiar?) would be averted.

There’s another reason that oil companies are amenable to this proposal. “Robust carbon taxes would also make possible an end to federal and state tort liability for emitters,” the plan says. That means oil companies could be granted immunity from those pesky climate liability lawsuits.

“That would be a very good deal for the oil companies,” said Ann Carlson, co-director of the Emmett Institute on Climate Change and the Environment at UCLA, who does pro-bono consulting for some of the plaintiffs. “It doesn’t surprise me that they’re seeking immunity, because the damages that are caused by greenhouse gas emissions add up to the many billions of dollars.”

Lawsuits from San Francisco; Oakland; New York City; Boulder, Colorado; and even a group of commercial fishers are trying to pin the costs of adapting to rising sea levels and extreme weather on the biggest players in the oil and gas industry. If one or more of those suits are successful, many more counties and businesses could follow decide to go the legal route as well. Immunity from climate liability would allow Big Oil to sidestep those expensive minefields.

“The problem is that they have been allowed to emit carbon for so long and not paid for the consequences,” Carlson said of the oil companies. Carson pointed out that a price on carbon would mitigate emissions going forward, but would do nothing about the greenhouse gas emissions that are already baked into the atmosphere and causing damage.

“What industry wants most is certainty so that they can make the necessary investments to transition their businesses and the economy to a cleaner energy future,” said CLC’s Bertelsen. “We do envision a limited provision under which … companies would not be liable for their historic emissions which were legal at the time.”

Albert Lin, a professor of law at UC Davis, said success depends on what you view as the big picture strategy for responding to climate change. “Obviously the plaintiffs in these suits want to be covered for their future expenses,” he said.

But those climate lawsuits can also serve another purpose: as leverage. “You may not get the exact outcome you were hoping for,” he said. “But if you move the ball in terms of getting, say, a carbon tax, then maybe that’s a desirable outcome.” The threat of lawsuits and a looming Green New Deal could be what it takes for the U.S. to finally accomplish a climate policy.

While oil companies are starting to warm up to the idea of a carbon tax, they’re also still putting big money against regulations. The five top companies, ExxonMobil, Royal Dutch Shell, Chevron, BP, and Total, have spent a combined $200 million per year to slow or block climate policy since 2015. They also turned to trade groups like the American Petroleum Institute to do their most direct anti-climate lobbying.

A carbon tax isn’t likely to go anywhere with the current administration in power. Both the carbon dividends plan and the Green New Deal more or less depend on a new president taking the White House in 2020 — although the carbon tax, with its bipartisan support and focused goal, would likely fare better if Donald Trump retains his seat on the Iron Throne come 2020.