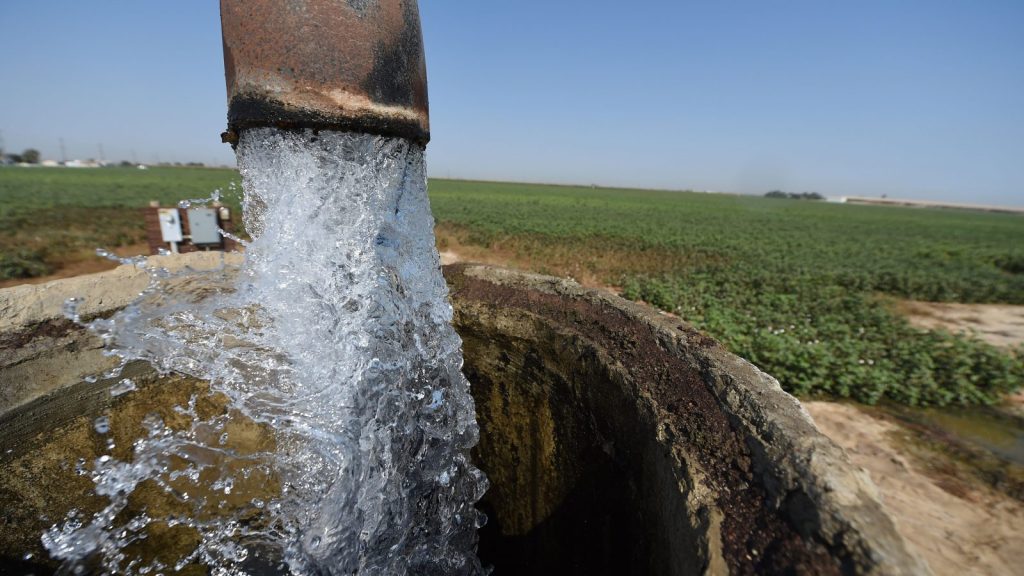 More than 5 million Americans get their drinking water from public water systems that could contain hazardous levels of a chemical called nitrate, which is linked to public health risks — including cancer and birth defects. And the concentrations found in the vast majority of that drinking water would be deemed safe by the Environmental Protection Agency, according to a study published this month in the journal Environmental Health.

Nitrate occurs naturally in soil, water, and food. But when it is ingested, it can react with organic compounds in the body to form carcinogens.

A team of researchers at environmental health advocacy groups looked into nearly 40,000 public water systems that between 2010 and 2014 served 70 percent of Americans. They found that more than 1,600 of the systems they reviewed had average nitrate concentrations of at least 5 parts per million.

While that amount is just one-half of the level that the Environmental Protection Agency deems safe to drink, the lead study author told Grist that there is evidence that the federal standards may be outdated.

“The EPA is very slow in updating drinking water standards,” said lead author Laurel Schaider, a research scientist at the Silent Spring Institute, a non-profit research group in Massachusetts that studies the effects of chemicals on women’s health. In fact, just this week, Politico reported that the EPA won’t place federal limits on two chemicals associated with cancer and other health issues in drinking water — despite lawmakers on both sides of the aisle pressuring Andrew Wheeler, the agency’s acting administrator, to take action.

The EPA established 10 parts per million as its regulatory standard for nitrate in 1991 primarily to protect infants from “blue baby syndrome.” The syndrome, which can impact infants who are fed formula mixed with nitrate-contaminated water, causes a drop in in the amount of hemoglobin in the blood, which cuts the babies’ oxygen intake.

It’s unclear whether the EPA is considering revising its safety standard. In a December 2016 review of drinking water standards, it designated nitrate as “not appropriate for review at this time.” But in September 2017, the agency released a draft plan to reassess the health effects of nitrate, noting that health studies published since 1991 had called into question whether the EPA’s current maximum nitrate contaminant levels “provide adequate health protection for the general population.” The EPA declined to provide a comment to Grist.

Several studies have documented increased health risks — ranging from colorectal cancer, thyroid disease, and birth defects affecting the brain, spine, or spinal cord — stemming from elevated nitrate levels, even at concentrations below current federal regulatory limits. For example, a 2013 study of more than 4,000 mothers found that women who consumed water with levels well below the EPA limit were roughly twice as likely to deliver babies with birth defects. And a 2010 study of more than 21,000 women in Iowa documented an increased risk of thyroid cancer for people exposed to nitrate levels in public water supplies that were greater than 5 ppm for five or more years.

Although 99 percent of water systems surveyed in the Silent Spring Institute’s analysis showed nitrate levels below the EPA’s 10-ppm standard, 129 community water systems serving 144,000 Americans had an average nitrate concentration surpassing that upper limit. Private drinking wells weren’t included in this study, but are often located in rural and agricultural areas, where that study shows there tends to be more nitrates that can seep into the groundwater.

The biggest culprit for nitrate contamination is runoff from fertilizers or manure. That could point to why states in the West and Midwest, home to eight of the top 10 agriculture-producing states, had higher levels. The increased use of fertilizers, more prominent fossil-fuel combustion, and the growing popularity of nitrogen-fixing crops like soybeans have led to a doubling of the natural rate at which nitrogen is deposited into land since the 1920s.

Schaider’s team also found that water systems that served populations with a larger proportion of Hispanic people tended to have higher levels of nitrates. The researchers hypothesized that the correlation was due to the group’s association with agricultural work. But Hispanic residents didn’t appear to have high exposure to nitrates in the Midwest, suggesting a different explanation for the community’s outsized link to nitrates in their water.

Mary Ward, a senior investigator at the Occupational and Environmental Epidemiology Branch at the National Cancer Institute and a leading expert on nitrates, lauded the new research, which relied on publicly available data collected by EPA under the Safe Drinking Water Act, as the first assessment of the U.S. population’s potential exposure to nitrates through their public tap water.

Since most health studies on nitrate to date have focused on populations using public water supplies, a majority of the findings are for exposures below the EPA’s maximum contaminant level, said Ward. After all, public water utilities are mandated to provide drinking water that meets EPA safe-drinking standards.

Ward adds a note of caution when it comes to raising the alarm on nitrate levels below that current standard: “We need additional studies,” she wrote to Grist in an email. “The number of well-designed studies of these health outcomes are still too few to draw firm conclusions about risk.”

The study authors write that the issue merits further study, since nitrate has also been found to occur alongside other pollutants present in drinking water, including arsenic, pesticides, and other chemicals used to filter water. Robust monitoring of nitrate, the say, could be one way to improve water quality overall.