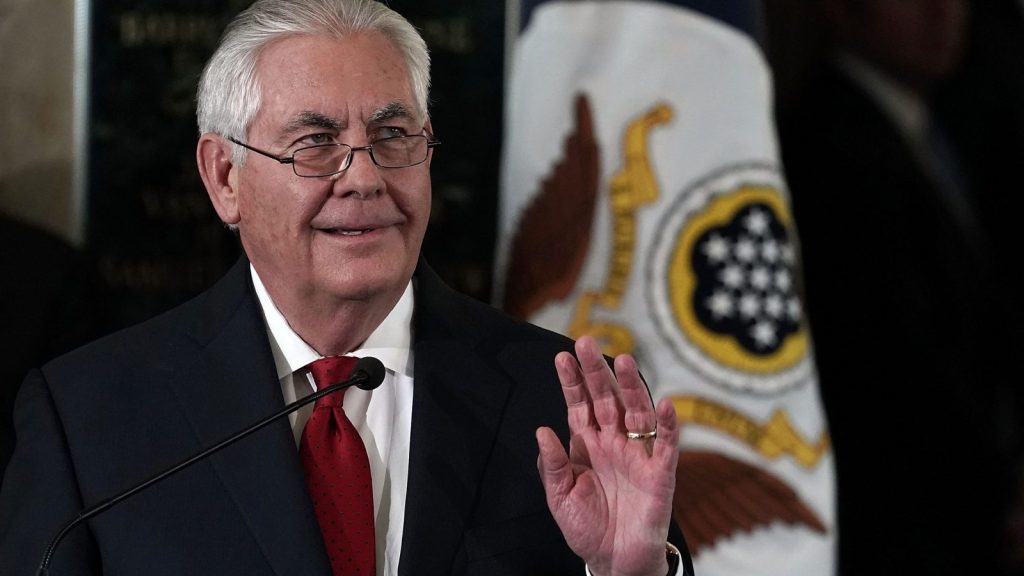 Rex Tillerson, ex-Secretary of State, has some words for the Trump administration about capital-T Truth.

“If our leaders seek to conceal the truth, or we as people become accepting of alternative realities that are no longer grounded in facts, then we as American citizens are on a pathway to relinquishing our freedom,” he told the crowd at Virginia Military Institute’s commencement on Wednesday.

Well said — but it’s hard to think of a more ironic messenger. As the CEO of the oil company ExxonMobil from 2006 to 2017, Tillerson was involved in some pretty shady truth-concealing around the science of climate change.

Exxon led a decades-long misinformation campaign to gaslight the public over climate change, now referred to as #ExxonKnew. Scientists warned the company’s leadership what fossil fuel emissions meant for the planet in the 1970s. Instead of sharing that knowledge with the public, Exxon funneled resources into climate denial and lobbied to block climate action.

The company changed up its public approach to climate change under Tillerson’s leadership, supporting the Paris Agreement and even a carbon tax. But Exxon never really owned up to how it had contributed (and continued to contribute) to climate denial’s hold in the U.S.

At the speech on Wednesday, Tillerson said, “When we as people, a free people, go wobbly on the truth even on what may seem the most trivial matters, we go wobbly on America.”

That’s funny coming from someone who went wobbly on the truth on a rather important matter. Maybe his conscience is finally getting to him?