Who's begging Trump to stick with Paris? Ivanka and Exxon, for starters. 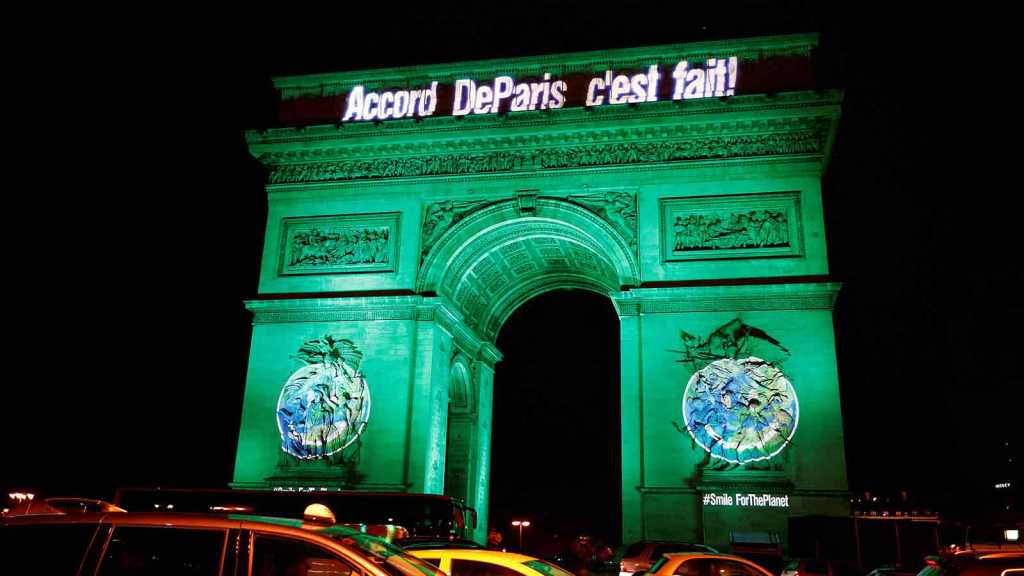 Who’s begging Trump to stick with Paris? Ivanka and Exxon, for starters.

While running for the presidency, Donald Trump disparaged the Paris climate agreement as “one more bad trade deal” he would “cancel” once elected. But more than 100 days into his presidential term, Trump and his staff are still quibbling over whether to take the plunge. Many close to Trump — his daughter Ivanka and fossil fuel companies, for example — have pled for the country to stick with it.

So what’s an unsure president to do? Keep putting off the decision, apparently. On Tuesday, the administration postponed a scheduled meeting on the matter and pushed back the time frame on a verdict.

Some coal companies, along with advisers like Steve Bannon, have asked Trump to kick the Paris deal to the curb. But support for the pact comes from a broad set of groups, and it includes some surprises:

Ivanka Trump and her husband, Jared Kushner — a top Trump adviser — are apparently pulling for the agreement behind the scenes. Based on the tug-of-war still underway, their sway may not be all it’s cracked up to be. (We’re waiting for the SNL parody on this one.)

Representatives from both parties have urged Trump to stay in the deal, including nine GOP reps who advised Trump stay in the pact but loosen U.S. commitments.

Twelve governors (all from blue states, mind you) wrote to the President last week, calling for global action on climate. Californian politicians are even considering whether the state could sign onto the agreement if the U.S. pulls out.

In full-page ads in some of the nation’s biggest newspapers, Apple, Adobe, Microsoft, Google, Facebook, and other major companies asked Trump to consider the business risk presented by climate change. As tech-savvy countries like China and India forge ahead on climate action, businesses are worried the U.S. could lose its competitive edge if Paris progress stalls.

General Mills, DuPont, Unilever, and Walmart got in on the full-page ad, too. Even Tiffany & Co. defended the agreement on Facebook (much to the chagrin of some fans who would prefer the company “stick to creating beautiful, albeit ridiculously marked-up, jewelry”).

Surprise! Green groups of all sizes are lobbying for Trump to reconsider his promise to “cancel” the agreement.

In an interview with NPR, energy lobbyist Scott Segal took the same tack as Secretary of State Rex Tillerson and said the U.S. should remain in the Paris Agreement to maintain better diplomatic relations. “The President is in a good position to exercise tremendous leverage from the United States to negotiate a better deal,” Segal told NPR.

The National Farmers Union, an organization representing almost 200,000 farmers, ranchers, and fishermen, sent a letter to Trump in mid-April outlining the impacts of drought, flooding, and wildfires on agriculture.

Some environmental actions, like methane regulations on livestock, might be a challenge for farmers. But the union’s president, Roger Johnson, wrote that keeping the Paris commitments would “benefit rural economies and make American agriculture more resilient to extreme weather.”

The Wall Street Journal reports that Rice, who served as Secretary of State under George W. Bush, cautioned Trump about the “diplomatic backlash” that would occur if he bowed out.

A group of former military officers sent letters to Tillerson and Defense Secretary James Mattis imploring them to continue support for the agreement. The veterans cited concerns about national security and humanitarian disasters, such as dramatic flooding, pandemics, and increased risk of conflict.

Trump and the former vice president reportedly talked on the phone so that Gore could make “the case for why the U.S. should stay in the agreement and meet our commitments.” Imagine that conversation!

11. The rest of the world (literally)

At the Bonn talks, where delegates from countries around the world are sorting out the rules on Paris, people are pretty peeved at Trump. China — which has newly donned the position of climate leader — implied the U.S. could expect more bad deals in its future if Trump pulls out. Emmanuel Macron, president-elect of France, reportedly told Trump he would defend the agreement during their first phone call.

The only other countries not in the agreement are Nicaragua and Syria. According to leaders across the globe, turning its back on Paris would put the U.S. in a very sticky diplomatic situation.