Science is in ‘crisis’ under Trump, new reports show 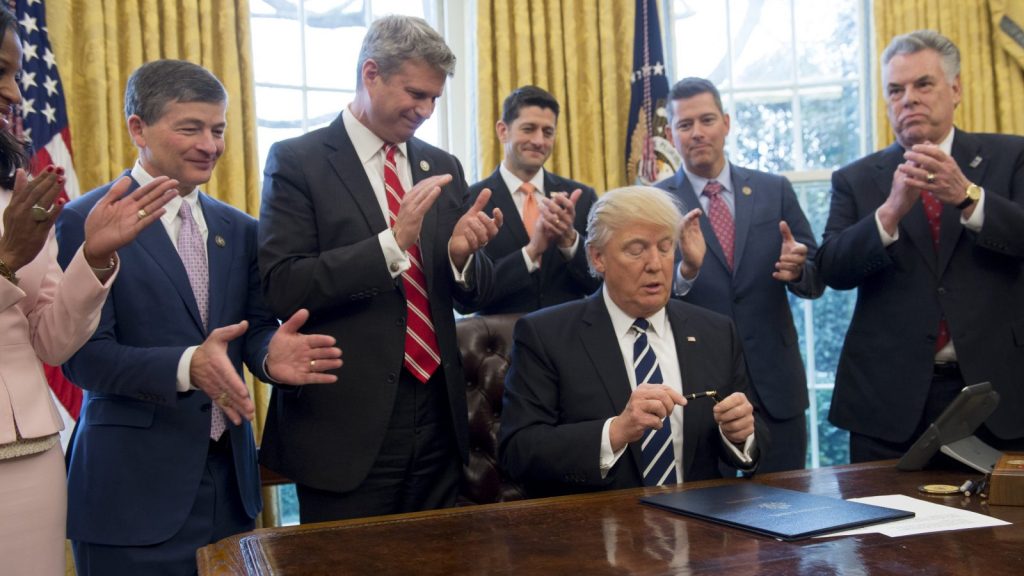 Science is in ‘crisis’ under Trump, new reports show

Acceptance of the root cause of climate change — human beings — is growing among the American public. But among policymakers, acceptance is on the decline.

That’s the dismal conclusion of a new peer-reviewed study in Environmental Research Communications published on Thursday. Between 2010 and 2017, Washington policymakers became less supportive of the science behind climate change. What’s more, Washington elites have formed ideological echo chambers — metaphorical hidey-holes for people who have the same views on stuff — and become increasingly polarized.

The researchers who wrote the study surveyed dozens of Washington elites, not just in the government but at think tanks, environmental groups, and other policy-related institutions, in 2010, 2016, and again in 2017. The researchers asked about the respondents’ attitudes on climate change and also where they go for “expert scientific information about climate change.”

Another alarming study out Thursday from the Brennan Center for Justice says federal science has reached a “crisis point.” Government science and research are becoming increasingly politicized, and the process that ensures that federal positions are occupied by qualified people is crumbling. The report looks at recent and historical examples of the politicization of government research. The task force members, which include former EPA administrator Christine Todd Whitman, U.S. attorney Preet Bharara, and former U.S. defense secretary Chuck Hagel, make a number of proposals that could counteract the trend.

Here are a few examples from the Brennan Center report that show how the government has led by example when it comes to politicizing climate research:

The study warns that, if Trump’s efforts continue unchecked, it could create a “vicious cycle” and encourage future administrations to take similar steps to undermine science and research in the government. That’s particularly disturbing considering that government science and research has delivered smash hits like, oh, I don’t know, putting a man on the moon, lifesaving medicines, the internet, and more.

It’s just a coincidence that these two studies came out on the same day, but taken together they paint a bleak picture of the state of climate science under President Trump. The Trump administration has made efforts “to undermine the value of objective facts themselves,” according to the Brennan Center for Justice. And the Environmental Research Communications seems to suggest that those efforts have worked: The objective fact that humans are the main driver behind climate change no longer holds as much sway among policy elites. Will the Trump era deal a fatal blow to objective truth? Only time will tell.