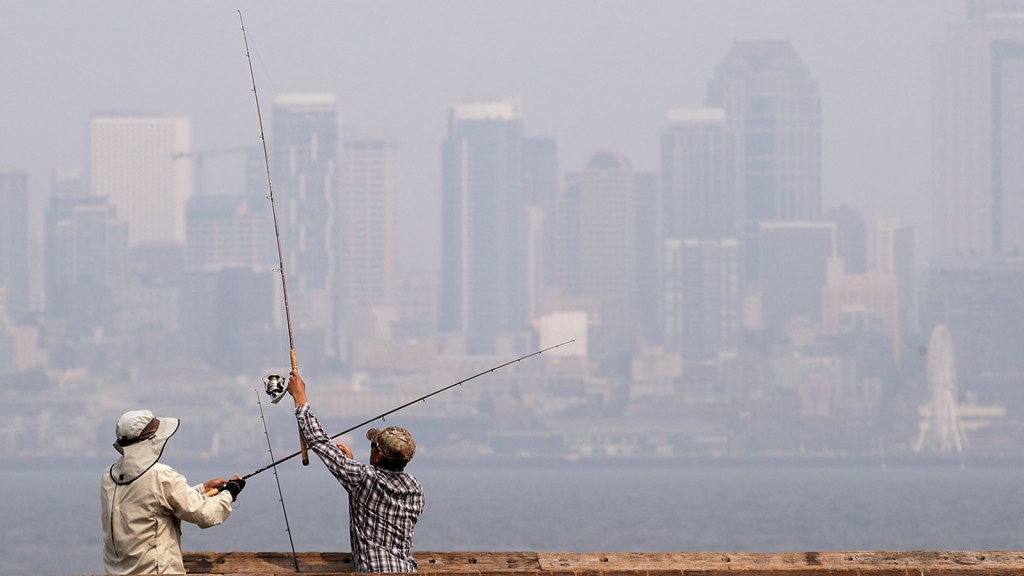 In Seattle, blissfully blue summer skies are usually the reward you get for suffering through months of clouds and soggy weather. But given climate predictions, Seattleites are getting used to a new summertime weather phenomenon: ash.

Wildfire season in the Pacific Northwest is objectively terrible. Last year, when smoke blew in from fires burning in British Columbia and Eastern Washington, the usually dry air in Seattle turned muggy and thick, and the sun glowed a creepy shade of hot-orange. Air quality in the region was the worst in the world; just existing outside was the equivalent of smoking seven cigarettes a day. Playgrounds and parks emptied out as parents were told to keep kids inside. The downtown skyline vanished behind a cloud of smoke. Hospital visits surged.

It never used to be like this, Seattleites wearing smoke masks kept assuring me last year, but smokey, apocalyptic Augusts are becoming the new norm, with Seattle coughing its way through roughly three of the last four.

This year’s season is expected to stick to the trend, or maybe get worse. The region’s snowpack is far below average, and forecasters expect a dry, warmer-than-usual summer. As of May, dry weather had spurred an unusual number of wildfires — 239 blazes since the first of the year, according to the state’s Department of Natural Resources.

This year, the city is hoping to get ahead of smoke season before it begins.

To combat poor air quality, officials announced on Wednesday that five public buildings across the city will be outfitted with special filters, sensors, and retrofitted air ventilation systems to serve as safe places for Seattleites during days with harmful air quality. At an event to announce the move, Seattle Mayor Jenny Durkan said some of the buildings could be used to safeguard the city’s homeless residents during smoke season.

Seattle is the least air-conditioned metro area in the U.S. with a general population of roughly 755,000, approximately 1.5 percent of whom are homeless. And when smoke descended on Seattle last August, locals quickly ran out of options. N95 masks, the type that filter out harmful particulate matter, flew off store shelves. Officials warned people to stay indoors, but unfiltered air indoors wasn’t much better than the air outside. And if you were homeless and couldn’t get into a shelter, you didn’t have a choice.

“We were hoping the first year that it was an aberration, and the second year that maybe it was a second aberration,” Durkan said on Wednesday, “but we now know it may be the new normal.”