Should a future president declare climate change a national emergency? 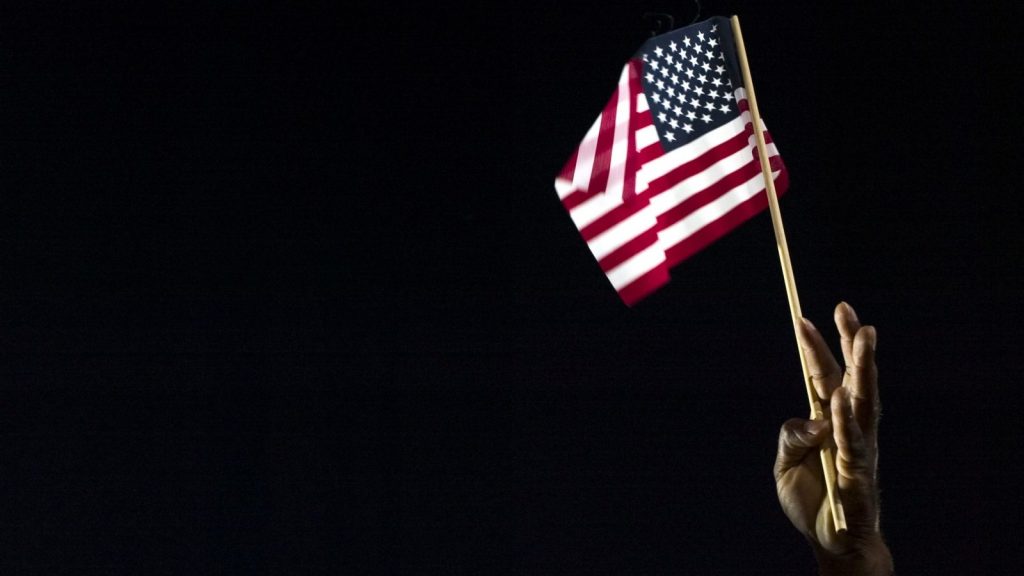 Should a future president declare climate change a national emergency?

As President Trump holds the entire government hostage over funding for his border wall, there’s been talk that he might declare a national emergency on the southern border to get the wall built. Such a move would allow Trump to dip into federal funding used for actual crises, like the ongoing Hurricane Maria recovery effort.

Senator Marco Rubio, a Republican from Florida, isn’t exactly a fan of this idea. Rubio recently warned that this broad use of executive power might enable a future Democratic president to declare — gasp! — climate change a national emergency.

Rubio’s comment unintentionally helped set the idea in motion. “Do you want to know what a real ‘national emergency’ is?” Senator Bernie Sanders from Vermont tweeted. “The scientists tell us that if we don’t combat climate change aggressively, the severe damage done to our country and planet will be irreversible. Now that’s a ‘crisis.’” Former Secretary of State John Kerry and comedian Sarah Silverman joined the chorus, too.

So how about it? It could conceivably work (under some future president, obviously). The National Emergencies Act, passed in 1976, gives the president legal authority to declare a state of emergency. Under the law, the president could invoke up to 136 statutes, according to the Brennan Center.

In the case of a climate emergency, the president could theoretically suspend oil leases, support the expansion of battery and electrical vehicles, divert military funds to renewable energy, and impose further regulations on the fossil fuel industry, wrote Dan Farber, a law professor at the University of California, Berkeley.

“But there are problems with these funding mechanisms no matter how you do it,” Farber wrote in an email to Grist. “The first is that Congress doesn’t like being bypassed. The second is that each statute has its own history and quirks, so there are possible legal snags. And the third is that the money is often going to come at the expense of someone else who was supposed to get it, leaving them very unhappy and prepared to push back legally and politically.”

Other lawyers also raised concerns about declaring climate change to be a national emergency. The move would be an overreach of executive power and a digression from more meaningful legislative work, said Michael Burger, executive director of the Sabin Climate Law Center.

It’s true that climate change is unlike national emergencies we’ve seen in the past, such as the swine flu outbreak in 2009 or the terrorist attacks on September 11, 2001. “Climate disruption is not an unexpected crisis that pops up and then fades away,” said Rob Verchick, a professor of environmental law at Loyola University New Orleans. “It’s a new normal state of affairs.”

Verchick said what’s needed are comprehensive strategies, laws, and new institutions to address climate change, not necessarily an emergency declaration. “We need to fold in a climate change considerations into almost everything we do, including health care, weather prediction, and building codes,” he said.

Michael Walleri, a lawyer who has worked with Alaskan communities threatened by climate change, described the National Emergencies Act as “more of a shield than a sword”: It allows the president to deploy resources against national threats, but it likely wouldn’t help communities prepare for and cope with the effects of climate change.

So, if a national emergency isn’t the way forward, what is? What legal “swords” could a future president use to fight the unfolding climate catastrophe?

Walleri pointed to the Stafford Act. Upon declaration of a disaster, the law authorizes the federal government to send aid packages to affected states, local governments, and tribes. It’s typically used for sudden disasters like hurricanes and wildfires. But if the act were amended to encompass disasters that unfold slowly, Walleri said, it could become a tool to help communities deal with the consequences of climate change that play out over time, like melting permafrost or rising seas.

“The impacts on communities really have to be dealt with on a community basis,” said Walleri, and a sweeping emergency declaration wouldn’t address these. “That’s where the Stafford Act comes in.”

Consider Newtok, an Alaskan village that faces severe erosion and sea-level rise. It will likely be destroyed by 2020, with only “a smattering of homes” remaining, said Walleri, the community’s lawyer. Newtok’s request for a disaster declaration under the Stafford Act was denied by the Obama administration in 2017 because it didn’t resemble the quick onset of other disasters. (Congress finally granted Newtok partial funding to relocate the village further inland last year.)

“What we call slow-moving disasters are not considered disasters,” Walleri said. “That’s the real issue.”