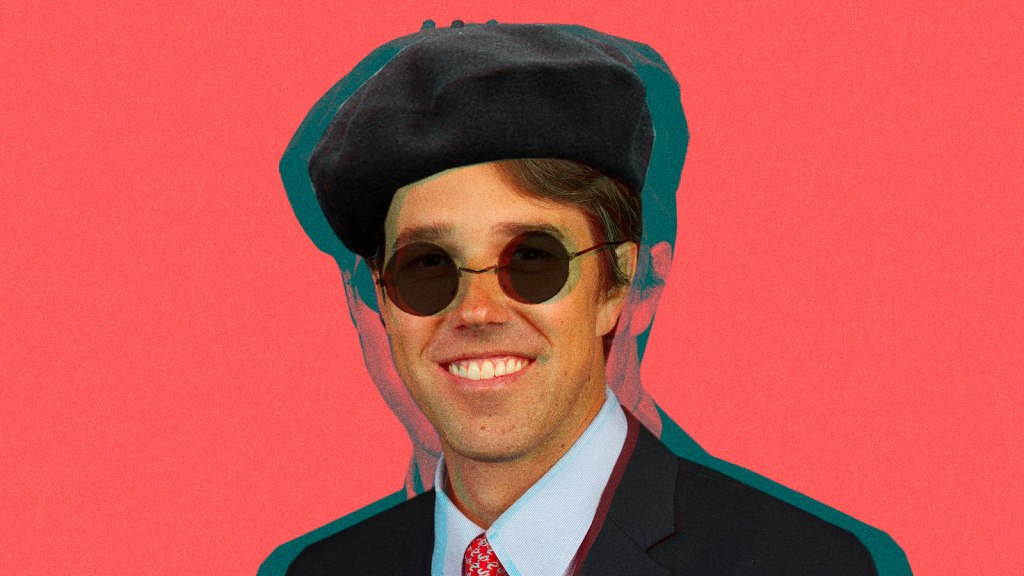 This week, while Representative Alexandria Ocasio-Cortez was schooling Democratic lawmakers on the modern medium of Twitter, former Representative Beto O’Rourke, wandering the countryside after his loss to Senator Ted Cruz, threw it back to the classics with a little beat poetry. (Add that to the list of ways he’s eerily similar to your college boyfriend.)

“A lot of big trucks rolling down Pancake Blvd and there aren’t any sidewalks. Gloomy early morning sky in Liberal Kansas. Snow melt on the side of the road where I’m running,” he wrote on Medium.

Later, he visited a community college where students were learning to be wind energy technicians. “I looked up and imagined the courage it takes to climb out onto the face of these giant turbines, 250 feet up in the air.” He visited another college class and rambled, “Bring people together, over coffee, over beer.” Then, when the day was over: “I left and it was dark.”

Am I supposed to snap between paragraphs? Have you noticed that if you scramble the letters in Robert Francis O’Rourke, you can spell out “Beto Is Kerouac?” What’s going on?

After a few focused read-throughs, and a couple tabs of acid, we think we got the point: Wind energy is the future. Hey, is this Beto guy running for president or what? It’s not clear that he even knows the answer to that — “as is ever so on the road,” or whatever. But it got us musing about what we might hear if some of his potential competition went all beatnik on us, too.

If America is a rebellious child, I am its young mother. But who is raising whom? When I myself am a dockless bike — no place, no policy to call home. Gun control? Immigration? We always search for the nearest bike. And why not choose the most convenient? My stance: going where the road — the app of life — takes me. May my brakes be unbroken and my wheels unsunk.

Jay Inslee on Saving the Whales

Puget Sound. Seattle. The Alaskan Way Viaduct — impermanent, as are we all. A Southern Resident Killer Whale breaches — L94 — I’d recognize her anywhere. I promise the orca I’ll love her madly. But as the orca go, so go we … I take a drag — weed — Washington state, homegrown, the best in the country. Why have I never smoked this stuff before? Turn toward the car. Fondly remember my push for tough DUI laws. Think I’ll call a Lyft. Is it me, or is it the orcas who have to take the long way home?

Beer. Heirloom wheat beer. Because everyone was mad at me for drinking Michelob Ultra. Was it really odd that I drank beer on Instagram Live, or was the world simply reflecting its own strangeness onto me — the hot afternoon sun on a shimmering field of heirloom wheat? The table next to me tells me about sustainable farming practices. I like the idea. I say, bring the whole world together over beer. I’ll take a Michelob.

I climb down from a great Northern Red Oak, cat in hand. Return its furry body to a sobbing child. Would she weep for a cow? Realize with pride and clarity: I would. When people express resistance to the idea of a vegan president, I wonder: Have they tried the Impossible Burger? I look up and imagine the courage it took me to climb that tree. Mm, the Impossible Burger. Does it need to be real if it tastes like it might be?

I pay for my drink with quarters and dimes. The owner of a small Vermont coffeehouse looks up — it could only be me. He asks if I’m running. If a Subaru drives through Burlington in the dead of night, and no one is around to “Honk” if they “Love Ben & Jerry,” does it still get 38 miles per gallon? Let me just say this: I am plogging. And is that radical? When the top 1 percent of litterbugs produces more trash than the bottom 90? We must learn to plog before we can run.