Six months after Maria, the hardest hit city in Puerto Rico is still being ignored 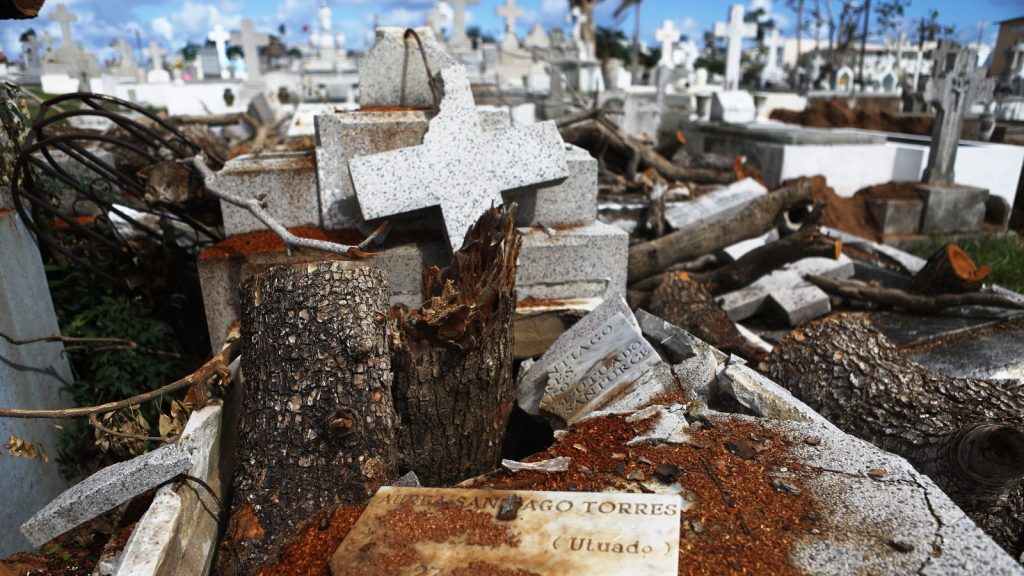 Six months after Maria, the hardest hit city in Puerto Rico is still being ignored

Jose Morales Menendez had some great times fishing along the beautiful southeast coast of Puerto Rico. He recalls fishing from 1 a.m. to 10 a.m., watching the lights of giant freight ships pass by his little boat. Now, mostly blind since 2005, the 75-year-old depends on others for many day-to-day things. But still, life was okay before Hurricane Maria made landfall six months ago. Now?

“Life after Maria has been really sad,” he says, sitting in the front room of his small house yards from the beach in the Playa el Negro section of Yabucoa, Puerto Rico. The house, which he shares with his wife Irma, was flooded during the storm after it made landfall very near their neighborhood with sustained winds of 155 mph. “The little bit that we had was taken back.”

Yabucoa, a town of about 35,000 on the southeastern corner of Puerto Rico, was devastated by Hurricane Maria. The winds destroyed concrete homes that had withstood prior hurricanes, according to USA Today, leaving it the hardest hit city on an island wracked with devastation. Officials estimate that roughly 1,500 homes were destroyed, along with 95 percent of all municipal infrastructure. With the six-month anniversary of the storm on Tuesday, just 35 percent of the town is energized. The town is providing water to its citizens by using 25 generators to power pumps, and significant damage can be seen throughout town, including piles of debris near city hall.

The mayor is working out of a small temporary office in the center of town. Mariel Rivera, his spokesperson, explained that the sheer volume of devastation has made recovery painfully slow. She shared a spreadsheet tracking what the dozens of electrical crews from places like New Jersey, Vermont, and Florida are doing in the city, including the neighborhoods where they’re working. She credited the mayor for pushing to get as much work done in the town as has been done, slow as it is, and says the state government has largely ignored the city. Comparing it to New Orleans after Katrina, or places in Texas and Florida after Harvey and Irma, respectively, Rivera slammed Puerto Rico Governor Ricardo Rosselló for neglecting her community.

“The governors of those states went first to the worst areas,” she says. “Yabucoa was a town that received a direct hit from Maria and to this day the governor has not stepped foot in Yabucoa.”

(A spokesperson for the governor did not respond to a request for comment.)

Darlene Rivera, the administrator for the municipal cemetery, says Yabucoa is “still in crisis,” and not getting the help it needs. Rivera says her mother, a cardiac patient and diabetic, died of a heart attack after Maria because she didn’t have regular access to medical care and couldn’t properly store her diabetes medication without refrigeration.

Rivera says that there have been 150 deaths registered with the cemetery in the six months since Maria passed through. In the first 10 weeks of 2018, Rivera says she recorded 40 more deaths than she did over the same period of time in 2017. Rivera can’t definitively say if the increased rate of death is linked to Maria, but “there seems to be a correlation.”

Official accountings of Maria-related deaths have been widely questioned. The island’s government recently partnered with George Washington University to conduct a new count.

The two city workers tell me about one of their coworkers who went missing after the storm. Mayra Cortéz Merced, 59, worked in the city’s property records office. After Maria, they say, Cortéz couldn’t get consistent treatment from a doctor or access to her psychiatric medications. Her neighbors say they saw her leave her house on January 31st. “She just disappeared,” Rivera, the mayor’s spokesperson, says. “When you are a mental health patient these things can get the best of you.”

A few miles from the center of town, out toward Lucia Beach along Highway 901, Luis Saul Sustache mans the bar at a roadside chinchorro called La Rumba. With a round face that makes him look much younger than his 34 years, Saul points to the new-ish looking wood that makes up roughly half the patio and explains that the bar was nearly destroyed during Maria, but was repaired quickly and reopened 10 days after the winds died down. Most of the business the bar sees is from the scores of contractors from the mainland working in the area, but even so times are tough.

“Sometimes it feels like it’s easier to just close down the business,” he says, before walking away to pack five bottles of cold water into a plastic bag for another customer.

Further down the road, at a long-term stay hotel called Lucia Beach Villas, Ana Celia Lazú reports that the property suffered some damage in the storm but that the owners have been able to finance repairs with revenue from stateside contractors who are staying as guests. Some smaller out buildings around the property, though, have been been abandoned. One, a two story house just south of the hotel, suffered heavy damage and was vacated by its owner days after the storm. Right in front of the hotel stood a beachfront chinchorro that was completely destroyed.

Jose Morales Menendez’s house sits about a mile or two down from Lucia Beach. After the storm, FEMA gave him and his wife Irma $8,000 to help with repairs, but they say it’s not nearly enough. Irma says she has a hard time sleeping, worried that the waves will again rise up and pull her out to sea, or that an earthquake will shake the home and end it all.

“We have many blessings,” she says. Her husband shared a similar sentiment, saying that despite everything, his family and neighbors have provided help, support, and love.

“I thank my lord for the beings who have come to help,” he says.