I have to admit, I’ve never been a huge fan of cricket flour. The rim of my little green drink was dusted with the stuff, and its smell barreled through the other flavors swirling in the glass. The aroma conjures dog food, crawl spaces, and pet stores.

It was the first note of a dinner set up by the Breakthrough Institute, a pro-technology environmental think tank, in order to showcase sustainable farming. Agriculture is the most profound way humans alter the world: Farmland expansion is leveling forests as we speak. We should all be eating crickets — or something similarly revolutionary — by, like, yesterday.

When I started out writing about food and the environment 15 years ago, I assumed that big, industrial farms were the problem and that the answer was to pay more for artisanal production. This dinner was intended to lob a grenade at that notion. As Breakthrough Institute Director Ted Nordhaus explained to some three dozen people crowded into a San Francisco restaurant, recent studies suggest that conventional wisdom has it mostly backward: Industrial farms tend to have a smaller environmental footprint than organic ones.

Once I got past the cricket powder, I discovered the cocktail in my glass was pretty tasty. It was made with a faux wine synthesized from corn alcohol by the startup Ava Winery. It’s “wine without vines,” explained Dan Blaustein-Rejto, the food and agriculture analyst at Breakthrough. Blaustein-Rejto, who was standing beside me with an identical cocktail in his hand, explained that, by producing wine more efficiently, Ava hoped to stop people from clearing forests for new vineyards. It could be a more efficient option — a high-tech (and more palatable) corollary to the idea that insect protein could be a more efficient replacement for animal agriculture. 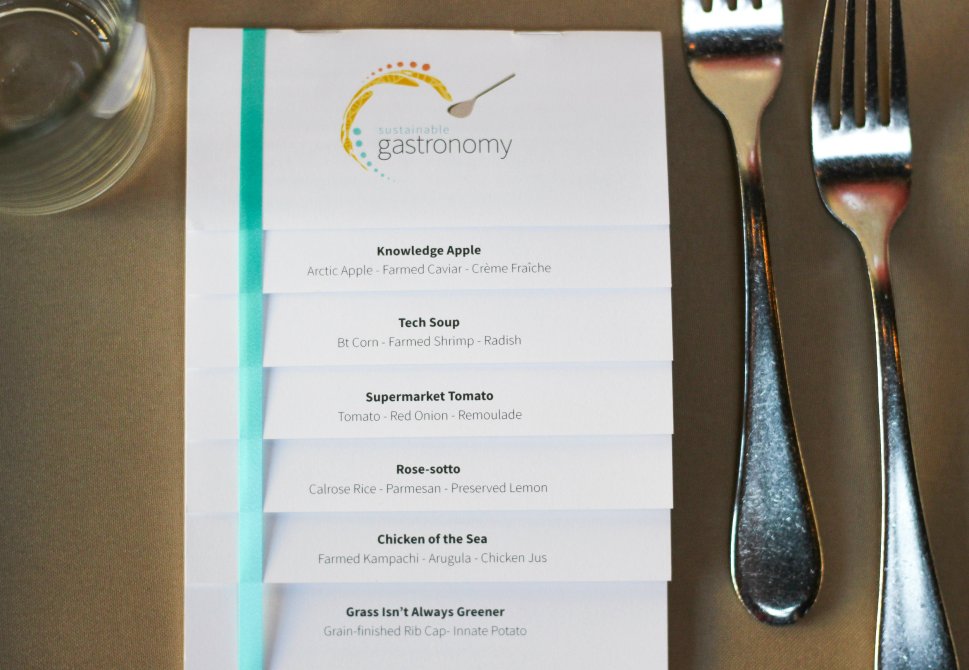 We sat down to a six-course meal of farmed seafood (shrimp, caviar, and kampachi), rice grown with laser-leveled fields and precision-injected fertilizer (resulting in higher yields and lower emissions), bruise-proof potatoes (to reduce food waste), and corn-fed beef (you can read Breakthrough’s comparison of meat-production techniques here).

When the beef arrived, Jason Mark, the editor of Sierra Magazine, who was sitting across the table, raised the obvious point: Why is the Breakthrough Institute promoting “low-emission” beef, instead of championing veganism?

Alex Trembath, the institute’s communication director, who was sitting next to Mark, said Breakthrough generally focuses on the “proximate possible.” The fact is, calls for people to give up meat mostly haven’t worked, Trembath said, but we get people to go vegan by substituting meat-replacement technologies like the the Impossible Burger and Beyond Meat. (Both were options they’d considered serving at this dinner).

As the plates arrived I did my duty as a foodie in the smartphone era and posted pictures to Twitter. “That looks … bad,” wrote one friend in response to a picture of a menu. Another said the pictures reminded her of Applebee’s — it looked more like classic Americana than fine dining. Lots of people just wanted to know how the meal tasted. 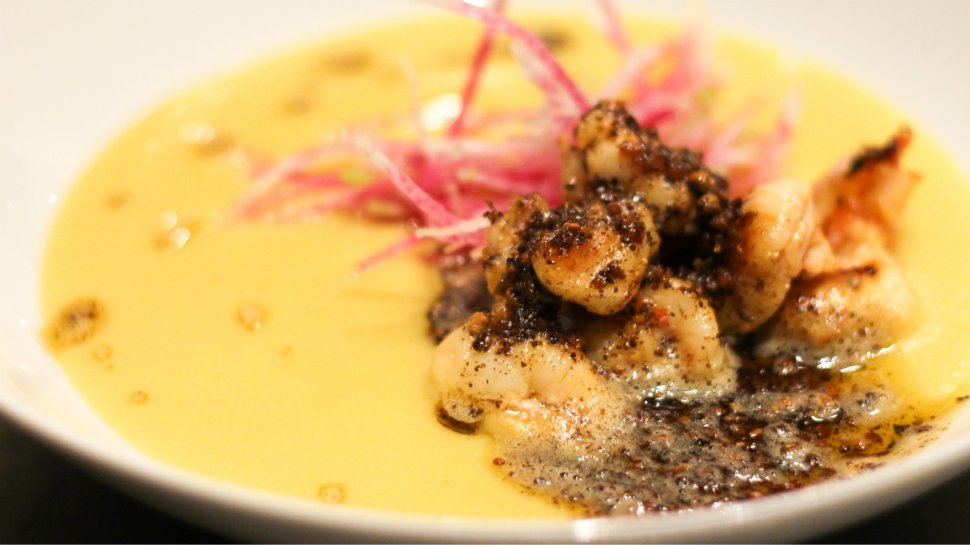 It tasted pretty good, I guess! The problem is that taste is subjective. When I’m paying a ridiculous amount of money in a fancy restaurant for some artful delicacy, I’m incapable of disliking anything. If it tastes weird, it’s not bad, it’s challenging.

Food is flavored by its story, and for the last decade, we’ve been hearing a story about how intensively farmed food is inferior in every way. Breakthrough is trying to rewrite that narrative. Environmentally, they’ve got a point: Big ag often produces less pollution than the locally sourced, artisanal fare I’d fetishized for more than a decade. But I’m skeptical that industrial farming will ever become the darling of fine dining. In the same way that hand-tailored Italian suits look better than Men’s Warehouse’s, hand-crafted food will probably always have an edge on mass-produced food in terms of taste — even if some of that edge comes from its luxurious story.

I tried to clear my mind and just taste what was actually there. I wasn’t blown away, but if I’d gotten the same meal at a restaurant, I’d have been happy. My favorite was a sweet corn soup, topped with grilled shrimp from a closed-cycle farm in Hawaii (that Grist’s Amelia Urry visited). It was sugary sweet, and the shrimp were salty — a comfort food combination just right for the lazy American tastebuds.

And yes, the dish was reminiscent of an Applebee’s dish. But if I’m being honest, I like Applebee’s. Just go easy with that shaker of cricket flour.