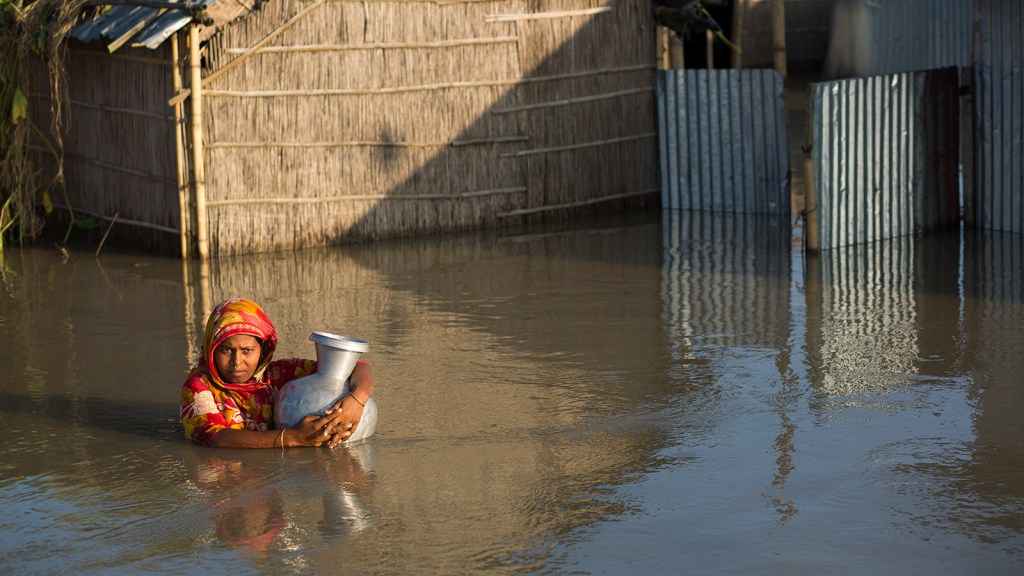 It’s not just capitalism that’s making the rich richer and the poor poorer: Climate change is exacerbating the trend worldwide. The economic gap between the richest and poorest nations, in terms of per capita income, is now about 25 percent larger than it would have been without human-caused climate change, according to a new study from Stanford University.

“Our results show that most of the poorest countries on Earth are considerably poorer than they would have been without global warming,” climate scientist Noah Diffenbaugh, lead author of the study, said in a statement. Meanwhile, to add insult to injury, some rich countries have actually benefited economically from global warming.

“The historical data clearly show that crops are more productive, people are healthier, and we are more productive at work when temperatures are neither too hot nor too cold,” said study co-author Marshall Burke, a Stanford assistant professor of Earth system science, in a press release. “This means that in cold countries, a little bit of warming can help. The opposite is true in places that are already hot.”

While it’s been well-documented that low-income communities bear the brunt of flooding, famine, and other climate change-related horrors, this study endeavors to show the big picture of which countries win and which lose out as a result of global warming.

The researchers drew on several previous studies, analyzing annual temperature changes over 50 years and 165 countries’ economic growth data to estimate how the shifting climate has affected growth. The U.S. was middle of the road: Climate change dragged down its GDP by just 0.2 percent from 1961 to 2010.

Sudan was the biggest loser, so to speak. The researchers estimated that the country’s gross domestic product (GDP) is 36 percent smaller today because of global warming. India closely followed, with a 31 percent loss, and Nigeria, with a 29 percent blow.

Norway was the big winner: Researchers estimated that its current GDP is 34 percent higher because of climate change. Canada’s is 32 percent higher, and in recent years, Russia’s has also seen a boost due to warming.

The numbers the study produced are stark, shocking even (India’s GDP could have grown by almost third more over the past half-century, if not for climate change!?). And they don’t represent outliers in the data. The Stanford researchers drew these estimates of climate change’s economic effects from a wide range of projections — 20,000 versions per country, to be precise.

“For most countries, whether global warming has helped or hurt economic growth is pretty certain,” Burke said.

Tropical countries truly got the short end of the stick. They tend to contribute far less to greenhouse gas emissions than more economically well-off nations.  And, according to Burke, “There’s essentially no uncertainty that they’ve been harmed.”

The economic loss some countries faced “is on par with the decline in economic output seen in the U.S. during the Great Depression,” Burke said. “It’s a huge loss compared to where these countries would have been otherwise.”