Rick Hammond might look like a man of contradictions to an environmentalist. His methods of farming — using chemicals, satellite-guided machinery, and high-tech seeds to grow corn, soybeans, and beef cattle — might brand him as the enemy. But he’s also an ally, fighting to keep the Keystone pipeline from crossing his land. And, as the journalist Ted Genoways points out, no one is more concerned with sustainability than a family farmer who has held onto land for five generations, and wants it to last for at least another five.

But where environmentalists and food-movement activists might see contradictions, Genoways found consistency. There was a logical explanation for Hammond’s choices.

“The people in the food movement have a lot of ideas about how farming should be reformed, and I think a lot of them are correct,” Genoways says, “but they’re not grounded in very much knowledge of the pressures farmers face and the reasons they aren’t reforming.” 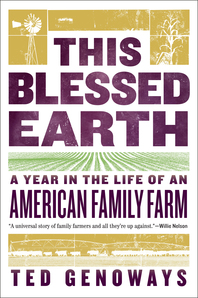 Genoways wanted to understand these pressures, so he did something unusual: He spent a whole year listening to the Hammonds as they worked to sustain crops and cattle on their homestead in Nebraska. In writing his new book, This Blessed Earth: A Year in the Life of an American Farm Family, he learned that there’s real economic pressures keeping farmers from abandoning industrial agriculture.

Grist spoke with Genoways about how Hammond and his family have fought the Keystone XL pipeline, why they have little patience with nostalgia for traditional farming, and what climate change means for a region running low on water. This interview has been condensed and edited for clarity.

Q. Why did you decide to focus on the Hammonds?

A. While reporting on the Keystone XL pipeline, I heard about a family of farmers in its path, the Hammonds, who wanted to do some more organic-style farming with their row crops, and to do grass-fed, direct-market beef — but they had encountered real obstacles in trying to do things in exactly the way food movement proponents recommend. So it seemed to me to be a real opportunity to talk about these things not just in terms of the ideals, but the reality of what we have to do to make changes viable for farmers.

Q. You mentioned that Hammond land stands in the path of the Keystone XL pipeline. What’s the latest on that? Are they digging a trench across that field?

A. Rick Hammond initially signed the agreement with TransCanada [the company behind the pipeline] but really came to regret that. Then the route was changed to run across a different part of his land and he refused to sign over a new easement. Not only that, they built — with the help of the advocacy group Bold Nebraska — a solar and wind powered barn right where the pipeline is slated to cross. The point they wanted to make was that this little barn would put more power onto the local grid than TransCanada ever would, because it’s just moving energy across Nebraska.

Trump has ostensibly approved the pipeline project. But the state of Nebraska managed to pass a law saying that you need an approved route to get it through the state. So it could still pass through the Hammond’s land, and that’s a cloud that’s hung over them.

Q. There’s this amazing section where Rick Hammond’s daughter, Meghan, talks about feeling trapped between the need to keep getting higher yields and buying more equipment, and the popular desire for farmers to go back to a simpler form of agriculture. She gets a little emotional and says, “the people who say, ‘This is all brand-new development and it’s easily reversed,’ don’t know what the fuck they’re talking about.”

A. The thing that Meghan points out is that we’ve been industrializing agriculture for 100 years or more. Saying we need to go back betrays an ignorance of the ways things used to be done. Meghan understands that a lot of mythology is built on a nostalgia for a nonexistent past where everything was idyllic and everything was sustainable and organic.

But the other key part is, if you want farms to be more like they were in the past, well, they were more labor intensive, and more dangerous, and more uncertain. There’s a feeling from the food movement that farmers should shoulder more obligation and risk and labor. And of course farmers react negatively to that. A lot of the changes in farming — seed technology, irrigation technology, and precision equipment — is built on trying to eliminate catastrophic losses for farmers.

Q. But she feels squeezed from the other side too, right? Farmers they may be even more vulnerable to the fluctuating market.

A. You’re exactly right. There’s also this pressure from the other side that is constantly telling them that the solution to this problem is to take on debt and get bigger and and to invest more heavily in equipment and in genetically modified seeds.

Q. I hope everyone will want to read this, but is there a specific reason environmentalists should read this book?

A. Maybe the most important thing I’d want environmentalists to know is that farmers are natural allies. Their goal is to pass this plot of land on to children and grandchildren and great grandchildren. So they are always looking for the most sustainable way of doing things. Environmentalists need to be conscious of this to enlist farmers rather than alienating them. 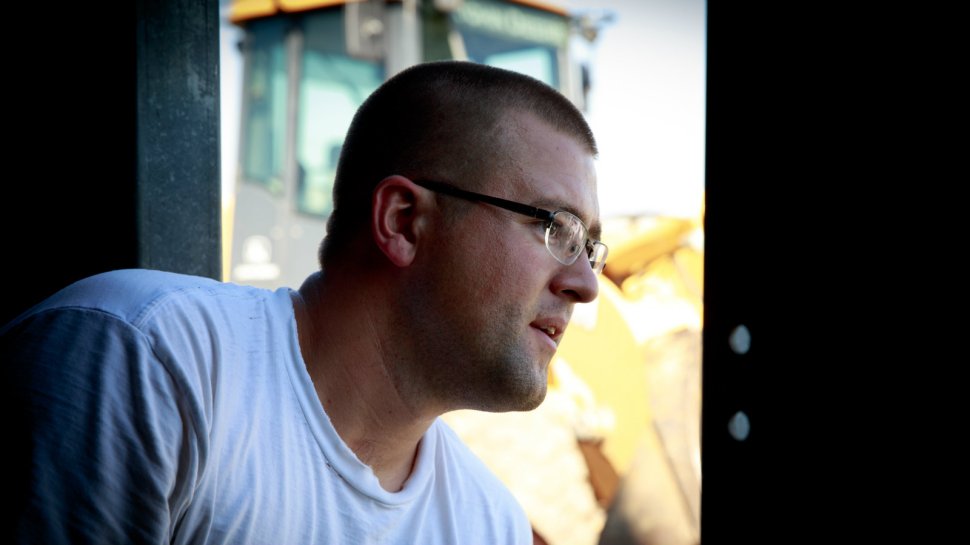 Q. Is there something that people should learn from farmers to understand why rural counties are so steadfastly Republican?

A. We’ve entered into this new era of a Republican presidency that is not playing to farmers and farm organizations, and it is definitely making the farmers and even the umbrella groups that represent the farmers extremely nervous. It has led them to speak out publicly. It fascinates me, and it baffles me that farmers who were really counting on the Trans-Pacific Partnership to open up new markets overwhelmingly voted for a presidential candidate who vowed that he would cancel TPP — and did. Now Trump is off to renegotiate the North American Free Trade Agreement, which could completely jeopardize farmer’s livelihoods.

The state of Nebraska has voted for a Democratic presidential candidate exactly once since the Dust Bowl, and that was [Lyndon Johnson] coming after the Kennedy assassination. But now, there’s bound to be some reassessment of a Republican Party that seems to have so thoroughly taken rural America, and especially agricultural, America for granted.

I think the Democrats also have tended to write farmers off. One of the things that happens when you try to reach a group for 75 years and they never respond to your overtures is that Democrats come to think of them an automatic loss and Republicans come think of them as automatically in their column. And nobody really listens to them.

Q. The wells tapping the Ogallala Aquifer (an underground reservoir that runs from South Dakota to Texas) made this type of farming profitable for generations, but the water is running out in many places. What do you see for the future of this landscape?

A. The Hammonds’ farm happens to sit in exactly one of the rare places where the aquifer rapidly rechargers. And so despite decades of heavy use the aquifer remains more or less level. That’s not the case at all in almost every other part the system. In West Texas south of the Canadian River, the water is just gone. And in western Kansas, the aquifer has been about 75 percent depleted from where it was when they started monitoring a few decades ago. The kind of irrigation we are doing is just not going to be viable going forward.

One of the most startling things that came up in my research was an assessment by Don Wilhite, head of the National Drought Mitigation Center here at the University of Nebraska. He noted these Midwestern states have created an artificial microclimate because, at the peak of summer, farmers are spreading very cold water from deep underground across the surface.

Q. All that irrigation is acting like a giant air conditioner for the land.

A. That’s right. His estimate was, without that irrigation water, we could see a 9 degree jump in temperature. That would be catastrophic for agriculture. If you’re talking to a farmer whose family has been on a piece of land for six or seven generations, it’s powerful to say to them if you don’t do something different you’re going to be forced off the land because it’s not going to be economically viable. That resonates with people.