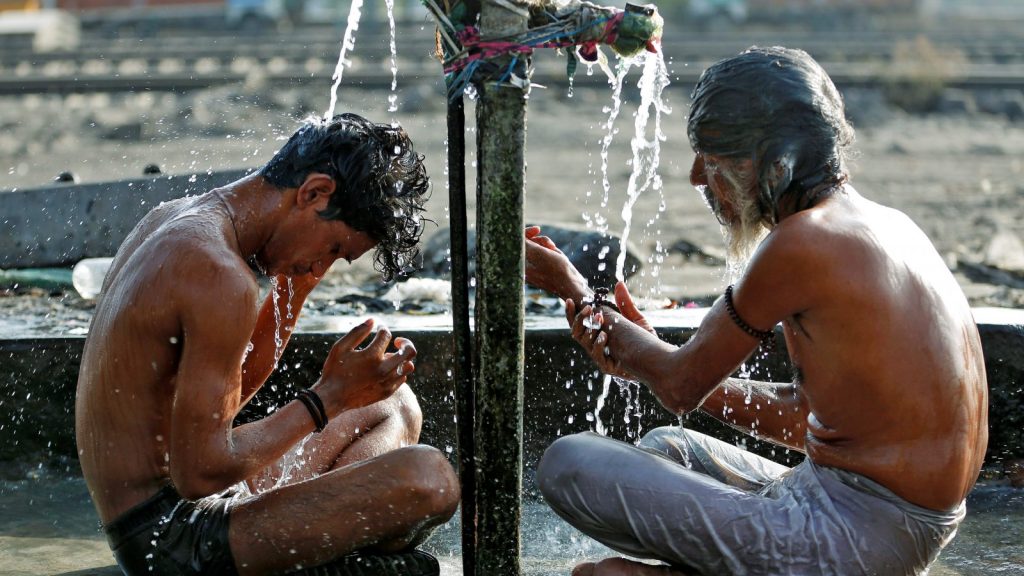 Men wash themselves at a water tap on the outskirts of Ahmedabad, India. REUTERS/Amit Dave
Climate & Energy

India is reeling from a heatwave so high that shoes are melting to roads, cities are banning cooking during the day, and hundreds have died. Nowhere is as hot as the northern city of Phalodi, where temperatures reached a staggering 123 degrees Fahrenheit last week, breaking the previous record set in 1956.

India is no stranger to high temperatures and large disasters: 2015 was an especially devastating year for the country, with heat, drought, and floods killing hundreds of citizens. All of these disasters have been linked to climate change, which especially affects developing nations like India, where over 20 percent of the population lives on less than $1.90 a day and 300 million lack electricity.

See pictures from the current heatwave below.