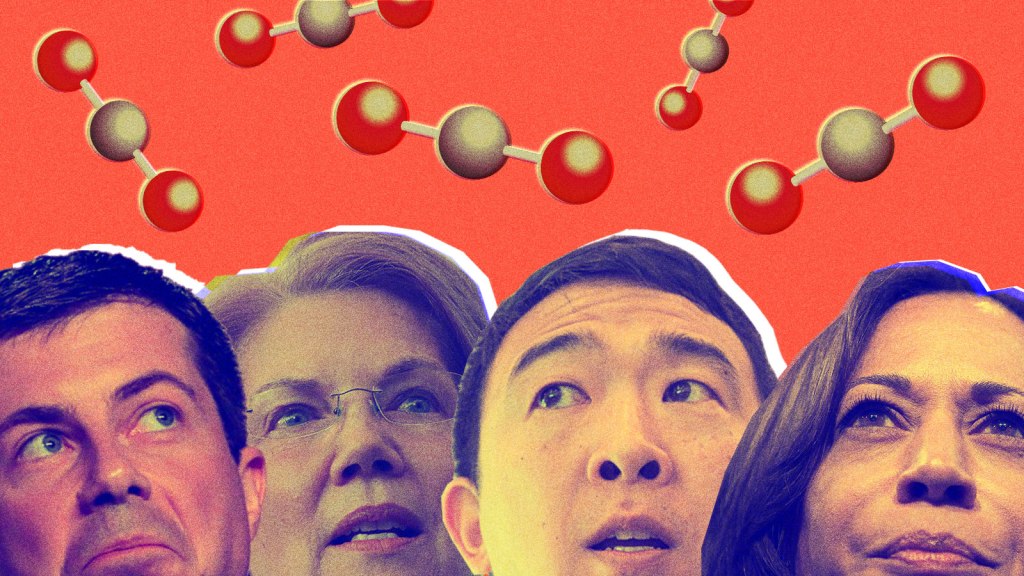 The U.N. Intergovernmental Panel on Climate Change, the National Academies of Sciences, and scores of researchers around the world agree on this fact: To prevent dangerous levels of climate change, it’s likely that humanity will need to start pulling carbon out of the air. The leading Democrats running for the White House, however, don’t seem so sure.

Many of the contenders support using natural carbon sinks, like soils and forests, to suck more carbon out of the atmosphere, according to climate plans the Democratic candidates have released over the last few months. But only three of the top ten candidates — Pete Buttigieg, Amy Klobuchar, and Andrew Yang — are explicitly calling to invest in technology that does the exact same thing, despite the fact that many experts believe limiting global warming to 1.5 degrees Celsius (2.7 degrees Fahrenheit) depends on it. And yet none of the candidates calling for so-called negative emissions technology took the opportunity to talk about it during CNN’s 7-hour climate crisis forum last week.

“My own view is that we have to take carbon out of the air and the water and put it back underground,” said Leah Stokes, a climate and energy policy expert at the University of California Santa Barbara. “We cannot just put it in the soil and the forests. And that is not something that very many candidates understand or are talking about.”

What’s with the silence? It might be that they simply aren’t aware of the technology, which is still in its infancy — or they might simply prefer tried-and-true methods like tree planting and regenerative agriculture (which are also important). It’s also possible the candidates are hesitant to support negative emissions technologies because they are frequently linked to more radical geoengineering schemes , as well as technologies for capturing emissions from fossil fuel power plants. Big oil companies like Chevron and Exxon are keen on those.

Technologies for pulling carbon from the air are still quite new, but the idea behind them isn’t. It originated in the fossil fuel industry, which has developed a family of technologies for mopping up carbon emissions at fossil fuel power plants collectively known as carbon capture, utilization, and storage, or CCUS. These technologies — which remain expensive and underdeveloped — capture carbon from a plant’s waste gas stream, stick it in a pipeline, and send it somewhere else.

Often enough, “somewhere else” means sending the carbon back into the earth to push out more fossil fuels — a scheme known as “enhanced oil recovery” currently employed at the Petra Nova coal plant in Texas, one of just two large-scale carbon-capture plants in the world. But captured carbon also can be injected into saline aquifers for permanent storage, as one Archer Daniels Midland plant in Illinois is now doing. Or it can be used to grow food, make carbonated drinks fizzy, and serve as a raw material for the manufacture of fuels and chemicals.

Even in a world where we phase out fossil fuels for power generation, we may still need the technology for industrial processes like steel and cement production. That’s because renewable energy struggles to generate the heat and power needed to manufacture these materials Both Buttigieg and Yang seem to recognize this and, in their climate plans, call for federal investments in new steel or concrete manufacturing processes involving captured carbon. It was the same with the former climate candidate Jay Inslee, whose evergreen economy plan envisioned turning the Department of Energy’s Office of Fossil Energy into an office of “Industrial Decarbonization.” Joe Biden’s climate plan also calls for investments in CCUS, although he doesn’t explicitly tie the technology to steel and cement production.

Despite its importance in nudging us toward a carbon-neutral economy, this sort of technology is controversial among progressives. Bernie Sanders’ climate plan calls carbon capture a “false solution,” reflecting a fairly widespread view in environmental circles that the technology amounts to little more than greenwashing for the fossil fuel industry. Other candidates, like Elizabeth Warren, Kamala Harris, Cory Booker, Julian Castro and Beto O’Rourke, don’t specifically mention CCUS in their climate plans at all, although most plans do call for big investments in new clean energy or manufacturing technologies, which could include carbon capture.

Pulling carbon directly out of the air

“Everyone says this is just flue gas scrubbing in the extreme,” Lackner said. “But it’s so different that you should think about it differently.” For one thing, the concentration of carbon in the air is much lower than what’s present in a smokestack. And then there’s the cost: upwards of $500 per ton to yank carbon from the air, compared with as little as $36 per ton to capture carbon from a coal plant’s waste stream.

Stokes says that the environmental community “hasn’t really figured out how to distinguish between direct air carbon capture and CCUS,” which might be tripping up the Democrats in the race. Another concern some candidates might have, she said, is that by developing technology for pulling carbon out of the air we’ll create a “moral hazard.”

“You keep burning fossil fuels because the fossil fuel industry says, ‘Look, we don’t need to stop, we have technology to remove carbon from the air,’” Stokes said. “I get that concern, but I also take the point of the IPCC, which is that we must develop negative emissions technologies.”

Instead of promoting these technologies, many Democratic candidates have focused on sequestering carbon by earthier means. Sanders’ climate plan calls for expanding the Civilian Conservation Corps to plant “billions of trees,” prevent soil erosion, and restore carbon-hoarding wetlands. Harris wants to provide technical assistance to farmers to help them capture more carbon on their land. Booker wants to plant 16 billion new trees by 2050 to pack away an additional 13 billion metric tons of carbon by the end of the century. Castro is thinking even bigger: 30 billion trees by mid-century.

Natural carbon removal strategies are an important piece of the puzzle, said Jane Zelikova, a senior scientist at Carbon180. “It’s a no brainer to invest a lot of time and effort into scaling these solutions,” she said. “We don’t have to invent a new technology. We just have to have the resources and societal will.”

The scientists backed by the U.N. agree: As it noted in a recent IPCC report on climate change and land, the soils in Earth’s agricultural regions are eroding up to 100 times faster than they’re being replenished. To mitigate climate change and boost food security, the IPCC says it’s crucial we stop that erosion and start putting carbon back into the soil, whether through low-till or no-till farming, planting cover crops, or applying biochar, a form of charcoal that can be added to soil to help it sequester carbon over the long term.

But natural carbon removal strategies will never be sufficient to mitigate the worst effects of climate change on their own. The U.N. report’s overarching message is that land is a finite resource. In theory we could plant a trillion new trees and put a serious dent in humanity’s carbon footprint; in practice that would create a host of new conflicts over land and environmental problems. Plus, the IPCC says we’ll likely need to repurpose some of our agricultural land for bioenergy carbon capture and storage, a negative emissions strategy in which we grow vegetation, burn it for energy, and capture the carbon. But if we devote too much land to bioenergy carbon capture, the world will face serious food shortages.

No single negative emissions strategy is a silver bullet, and we can’t be sure which strategies will be most important until we start scaling all of them up, said Tarak Shah, a former chief of staff for science and energy at the Department of Energy under President Obama. That’s why, in his view, any candidate who isn’t considering the full suite of options at this point “isn’t really being serious.”

“It’s not congruent to say climate change is an existential threat without a plan to develop and rapidly deploy carbon capture technologies,” Shah said.

It’s not surprising that candidates have blind spots when it comes to taking on the climate crisis. This is, after all, the most complex challenge humanity has ever faced, requiring transformations at every level of society. And our first order of business must be to bring emissions down as quickly as possible.

But our best science tells us that to avert climate change’s worst consequences, we will also need to remove carbon from the air — and we may need technologies that barely exist right now to do it. How will the government help bring them to life? That’s a question for every presidential candidate. 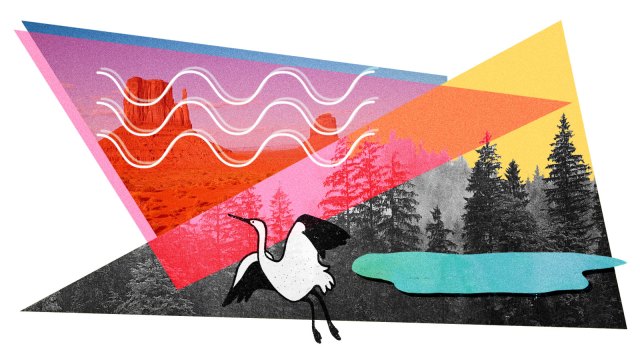 The plan promises to “immediately and ambitiously” tackle the unique effects that climate change will have on Indigenous communities.

Are Pennsylvanians as obsessed with fracking as Trump and Biden think?

The crucial swing state is not a monolith — especially when it comes to fossil fuels.

The questions on warming in the first debate were an embarrassment. Here's how Kristen Welker can raise the stakes.
See all articles in this series