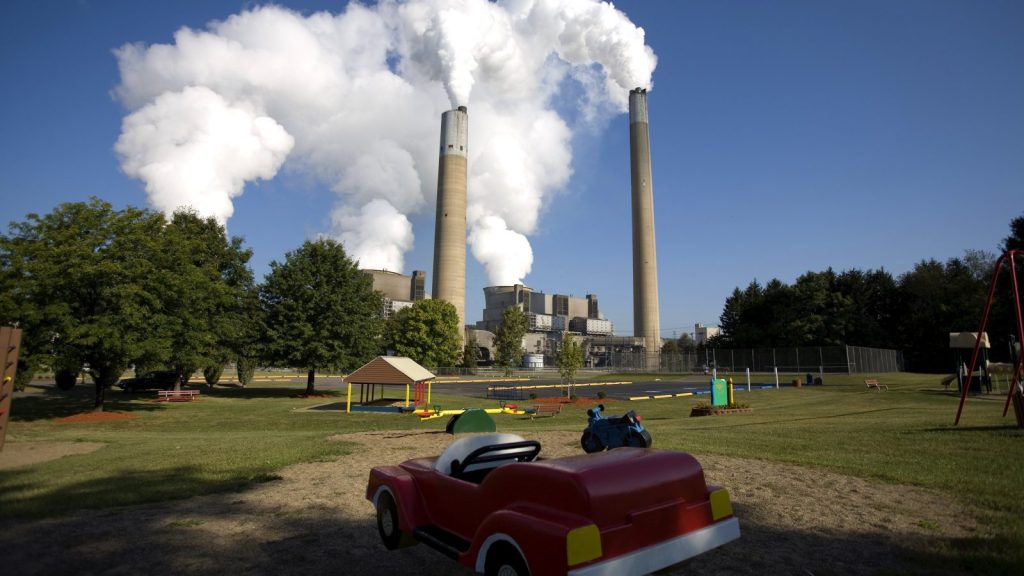 Robert Nickelsberg / Getty Images
This is your brain on air

The Trump administration is one step closer to dismantling a major federal energy policy aimed at improving air quality and lowering carbon emissions — just on the heels of a World Health Organization report highlighting the impact of air pollution on children’s health.

Former Environmental Protection Agency head Scott Pruitt announced last year that his agency would repeal the Obama-era Clean Power Plan (CPP), which the EPA had estimated would prevent 90,000 asthma attacks in children and save 4,500 lives each year. The plan’s replacement, the “Affordable Clean Energy Rule,” relaxes regulations for coal plants. If implemented, it could lead to 1,400 more premature deaths each year by 2030, according to EPA estimates.

Public comment on the proposed replacement plan just closed Wednesday. A dozen national medical and public health organizations — including the American Lung Association, the National Association of County and City Health Officials, and others representing physicians and nurses — submitted a joint comment urging the EPA to stick to the original Clean Power Plan. Their letter highlighted the dangers of both air pollution and climate change, which can increase the production of smog and fuel wildfires and dust storms that can also make it harder to breathe.

“The changing climate threatens the health of Americans alive now and in future generations,” they wrote. “The nation has a short window to act to reduce those threats.”

In case you’re in need of a “just how bad is it” reality check, earlier this week, the World Health Organization released a report stating 93 percent of kids under 15 are breathing air that endangers their health and development. Even in wealthy countries like the U.S., more than half of children under the age of 5 are exposed to pollution levels above the WHO’s air quality guidelines.

Kids are particularly vulnerable to air pollution because they’re short and air pollution concentrates closer to the ground, the report says. Their growing bodies and brains are more affected by toxins that can, among other health risks, affect neurodevelopment and cognitive ability.

“Air pollution is stunting our children’s brains,” Maria Neira, director of WHO’s Department of Public Health, said in a statement. But, she added, “There are many straight-forward ways to reduce emissions of dangerous pollutants.”

Which brings us back to the EPA’s proposed energy plan.

Green Latinos submitted a comment on the plan, highlighting the disproportionate burdens placed on communities of color: “One of two Latinos in the United States lives in a county that does not meet EPA’s public health air quality standard. We also know that 40 percent of Latinos live within 30 miles of a power plant, and that Latino children are 40 percent more likely to die from asthma than non-Latino white children…Carbon pollution also endangers Latinos nationwide by driving climate change. Already, we see Latinos on the frontlines of climate change, in the line of fire of extreme heat in the Southwest, extreme drought in California, and sea level rise in Florida.”

The National Mining Association, on the other hand, applauded the EPA’s repeal of Obama-era emissions regulations. “[The Clean Power Plan] is based on the misguided notion that the nation must stop using fossil fuels because these fuels are harmful to the public interest,” wrote Association President and CEO Hal Quinn.

The EPA is expected to put forward a final rule by the end of the year.