The EPA's coal plan is a ripoff for Americans, according to the EPA 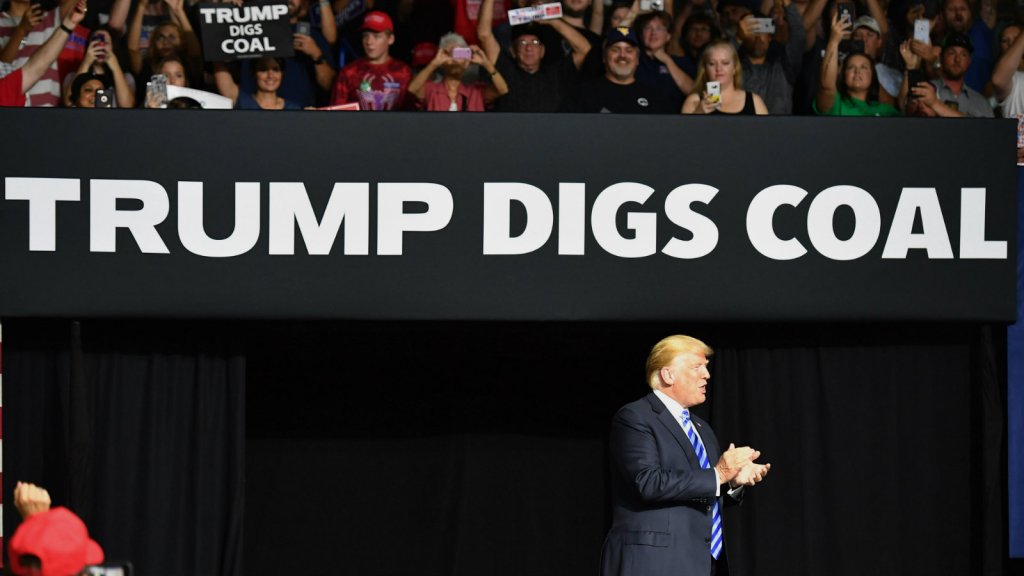 The EPA’s coal plan is a ripoff for Americans, according to the EPA

The Trump administration’s newest proposal to weaken regulations on coal-fired power plants is called the Affordable Clean Energy rule, or ACE. But a close reading of the administration’s own analysis suggests that the acronym more accurately stands for Asthma, Climate Change, and Emphysema.

The Environmental Protection Agency’s new rule would amend the Obama-era Clean Power Plan, making it easier for old coal power plants to stay open. The EPA considered the impact and found that if the plan leads coal-fired plants to start cleaning up their act, it would still cause more hospital visits, more sick days away from work and school, and the early deaths of up to 1,400 people each year, by 2030.

What’s remarkable is that the agency’s analysis doesn’t attempt to make the case that the new policy’s benefits to society outweigh the steep costs. Instead, the EPA’s figures show that the savings for coal plants are relatively trivial compared to the costs of rising pollution from coal-fired plants. Under every scenario the EPA ran, it found the proposed ACE rule would cost Americans at least $1.4 billion a year more than it saved, when compared with simply leaving the Clean Power Plan alone.

“When an agency wants to do something that’s harmful to the American people, it typically tries to hide it,” said Richard Revesz, director of the Institute for Policy Integrity at the New York University School of Law. “What’s unusual here is that the EPA just comes out and says it.”

You have to do some digging to find these numbers. EPA’s press officers aren’t exactly highlighting the findings that the proposal would leave Americans worse off. In a fact sheet, for example, the EPA trumpets its finding that ACE could save power-plants up to $6.4 billion in compliance costs. But wade into the details to look up that scenario (check out table 18 on page 165), and you see that the EPA weighs that $6.4 billion against health costs that run between $16.6 billion and $75 billion.

That the EPA’s own analysis suggests the proposal will do more harm than good creates a legal vulnerability, according to Revesz, because federal agencies have an obligation to make policies that are not arbitrary or capricious under the Administrative Procedure Act, the 1946 law governing the regulatory and rule-making powers of federal agencies. “The administration is skating on very thin ice with this proposal,” Revesz said.

A coalition of 19 states and cities, including New York, California, and Massachusetts, has formed to defend the Clean Power Plan in court. And shortly after the EPA unveiled ACE on Tuesday, New York Attorney General Barbara Underwood announced she’d sue to challenge the plan if it’s adopted.

“The fingerprints of the coal industry are all over this plan,” Massachusetts Attorney General Maura Healey said in a statement. “It’s written to enrich the fossil fuel industry by poisoning our air and our climate.”