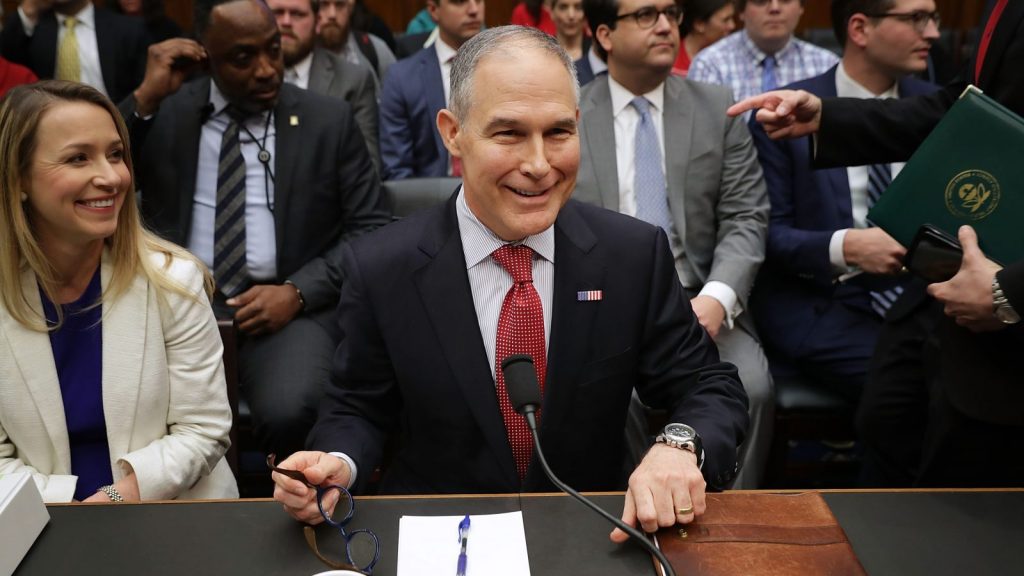 Welcome to today’s episode of Trump’s America, in which the Mr. Burns of the EPA spent $8,522.50 on some fancy coins to celebrate the way his agency handled last year’s hurricane and wildfire seasons. Excellent.

Here’s the sitch, according to a Buzzfeed report: The EPA contracted with a company called “Lapel Pins Plus” so that it can give its employees commemorative “challenge coins.” The agency ordered 1,750 special little coins with special little display cases to congratulate employees for “PROTECTING HUMAN HEALTH AND THE ENVIRONMENT ALL ACROSS AMERICA.” (That’s written on the coins, OK? It’s very cool and chill.)

The EPA clearly hadn’t been reading the news about Puerto Rico when it ordered the coins. We still don’t know exactly how many people in the U.S. territory died because of Hurricane Maria, but a Harvard study estimates it was around 5,000 or more. Some towns still don’t have power, and it’s been nine months since the storm hit. Residents are struggling with an unprecedented mental health crisis.

And as for the other hurricanes last year: When Harvey and Irma struck, Pruitt kept busy by disparaging discussions about climate change — that is, when he wasn’t giving interviews to right-wing media and attempting to roll back even more regulations. The EPA was slow to respond to Hurricane Harvey, leaving residents exposed to pollution.

Does all of this sound like a job well done to you?

Pruitt seems to think so — or maybe he just really, really wants special coins. He tried to get some last year, but they were never ordered.