The fact is: Facts don't matter to climate deniers 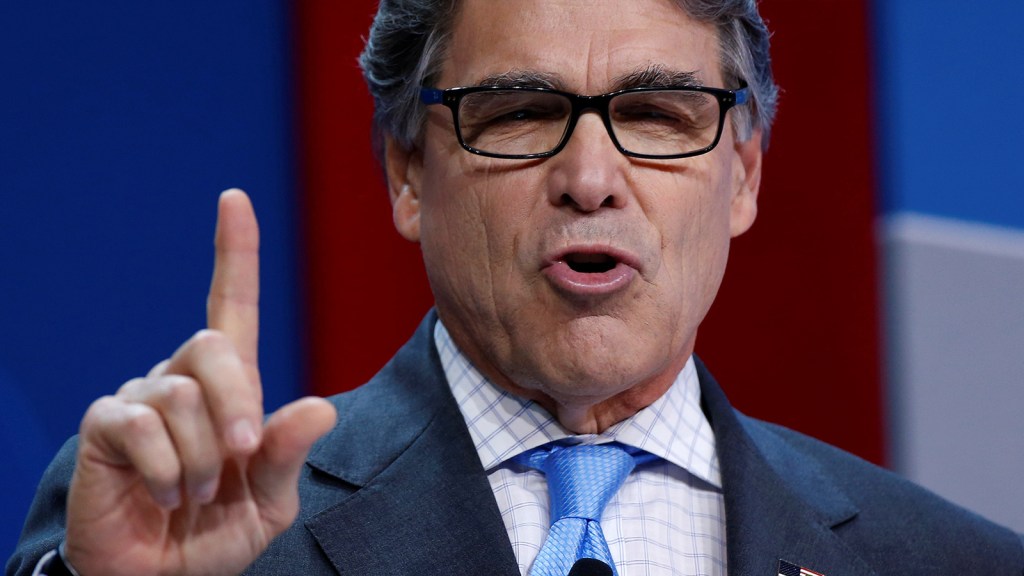 The fact is: Facts don’t matter to climate deniers

In an interview on CNBC’s Squawk Box this week, Energy Secretary Rick Perry falsely claimed that carbon dioxide was not the primary driver of the Earth’s climate. Instead, he offered, maybe it’s “the ocean waters and this environment that we live in.” (Umm, what?)

This is pure hogwash, and the largest professional organization for atmospheric science said as much. In a letter to Perry, Keith Seitter, the executive director of the American Meteorological Society, said that while it’s OK to be skeptical — that’s the heart of the scientific method — “skepticism that fails to account for evidence is no virtue.” Ouch.

His letter concluded that if Perry does not understand the drivers of climate change, “it is impossible to discuss potential policy changes in a meaningful way.” That’s where Seitter’s letter went wrong.

There’s just no reasoning with Perry’s kind of denial. After watching spats like this for more than a decade now, I’ve come to the realization that there is no graph, no chart, no international consensus statement, no engraved stone tablet lowered from heaven that could to convince someone who — by choice — refuses to believe a fact. It doesn’t matter to them how confident the scientific community is. And we’ve reached the point where debating denial is a waste of time. The need to fight climate change is just too urgent to wait for everyone to get on board.

The main problem I saw in the meteorologists’ letter (and, in general, with the current state of the climate debate) was its assumption that somehow climate deniers only need more information to see the light. Scientists have spent more than 30 years now trying to provide as much information in as many ways as possible and, if anything, climate denial is only getting more entrenched. What will it take for scientists to realize that this denial is a choice?

Decades of communications and psychology research shows that appeals to shared goals, values, and basic decency are a more effective way of working with conservatives on climate change. In red states across the country, renewable energy is booming, and it’s not because people there necessarily “believe” in climate change. It’s because renewable energy provides solutions that make sense. Scientists and liberal politicians need to move beyond trying to convince skeptics, and start working with them. There’s no time to lose.

In the 14 years that Perry served as governor, Texas grew into a wind superpower. It generates nearly a quarter of the entire country’s wind power, making Texas the top wind-producing state. (Of course, Texas is now the number one producer of natural gas, too.)

Other red states are producing a rapidly growing amount of wind power; in fact, most of the country’s wind-rich states are in the heartland. Of the 14 states that now produce more than 10 percent of their electricity from wind, eight are red states. The five states that now devote more than 20 percent of their grid to wind — Iowa, North Dakota, South Dakota, Kansas, and Oklahoma — all voted solidly for Donald Trump in 2016. The American Wind Energy Association reports that 99 percent of the country’s wind turbines stand in rural areas.

Climate denial is harmful in many ways, but it’s not preventing the spread of carbon-free power.

Maybe advocates for climate action should try to learn something from these red states. Judging by their quiet fondness for renewables, they’ve been doing a better job than the blue ones. The Texas wind boom came into being partly because Perry stayed out of the way and let investment dollars flow to the cheapest sources of power generation. In West Texas, that means wind — as it does in parts of at least 20 states right now.

But even Texas is not installing renewable energy fast enough. After accounting for the high cost of fossil-fuel pollution on public health, water, and other factors, people in nearly every state in the union would realize that wind is the cheapest option, according to an analysis by the University of Texas. If we want to get those wind turbines in the sky as quickly as possible, accurately accounting for those costs should be our bipartisan focus, not outing climate denial.

People in red states are already feeling the effects of climate change and acting to mitigate it. So let’s stop trying to persuade deniers and focus on ways to work together to reduce emissions and advance renewable energy. That’s the message that experts on weather and climate should be sending people like Perry. If some Republicans want to embarrass themselves by ignoring climate science, that’s their choice, and history will judge them harshly for it.