The first generation of electric airplanes is almost here 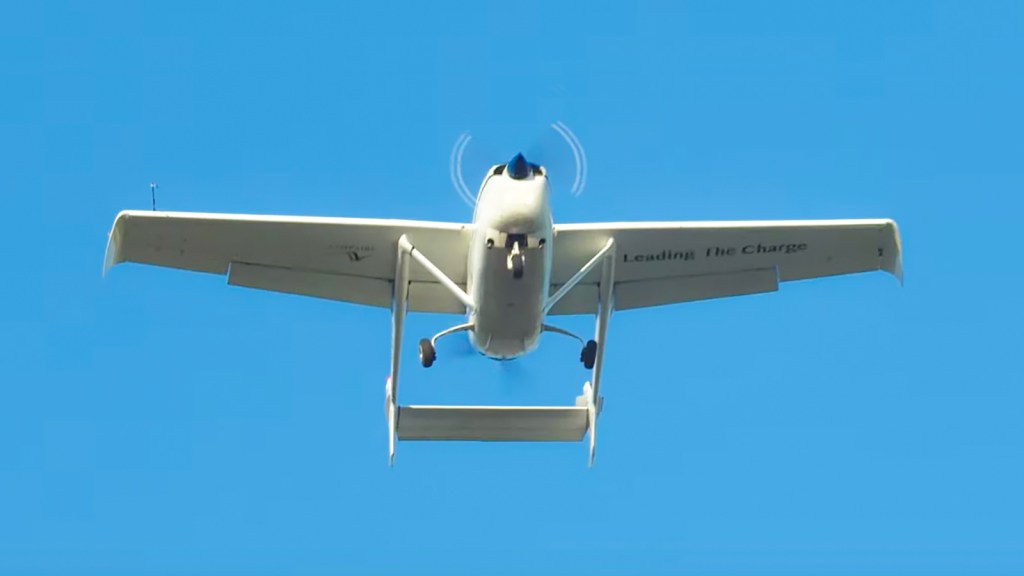 Ampaire, Inc.
How I fixed it

The first generation of electric airplanes is almost here

It’s no secret that the air travel industry has got some major problems. Aviation entrepreneur Kevin Noertker will be the first to admit that — and to list them for you. Flights are expensive, noisy, and disruptive, Noerkter says, and they pollute like nobody’s business, fueling climate change and poisoning fenceline communities. (Not-so-fun fact: The U.S. banned leaded street gasoline in 1996, but planes with piston engines are still burning the stuff.)

Noertker and his team at the Los Angeles-based startup Ampaire are developing first-generation electric aircraft — and they’re far from the only ones. Something on the order of 170 companies have joined what Noertker calls an electric aircraft “arms race.” Several made a splash at the Paris Air Show a couple weeks back. Others are already experiencing turbulence.

For Ampaire, the skies are looking pretty blue. The company recently had its first public test flight, putting the highest-capacity electric airplane ever in the air — a retrofitted, hybrid-electric, six-passenger Cessna. Shortly afterward, Ampaire landed an order for 50 of the planes from Personal Airline Exchange, a startup that bills itself as the Airbnb of private air travel (think Uberpool, only with airplanes). Noertker, Ampaire’s CEO and co-founder, who made Grist’s list of emerging green leaders this spring, told us a little bit about the journey.

Q. Why is electric aviation having its moment in the sun right now?

A. There are a few things. One is technology. All this great technology that’s being developed by ground transportation and automotive is creating lower-cost, lighter-weight, high-power electric vehicle systems.

There’s also the emissions. Airlines acknowledge their carbon footprint, and that brings a broader discussion. But the real driver here is the economic benefits. While the emissions reductions, pollution reduction, noise reductions are benefits for the communities [near airports] and for the world as a whole, the reason the airlines and operators are looking to adopt electric planes is because their operating cost is so significantly lower than a fueled alternative.

Q. How did you decide to get into this business?

A. Back in 2015, my cofounder, Cory Combs, he pitched this crazy idea of electric airplanes over to me. He basically said, “Electric vehicle technology can electrify planes. This is going to change everything. Do you want to figure out how to go get this done?”

We were at a restaurant in Pasadena, sitting on the patio. And I remember sitting there, and Cory showing up with a big stack of papers, where he detailed out not only the viability of electric aircraft, but also some of the designs that he had come up with for incredibly high-performance planes — planes that were only possible if you used electric.

First look, it looked impossible. Electric aviation has seemed impossible forever. But then you dig in, and you realize, not only is it possible, but it makes great business sense, and it’s probably one of the most important things that you could be doing in aviation today.

Q. Have there been any moments where you thought, wow, this just might not work after all?

A. Oh, absolutely. The core underlying technology is there, but no one had ever built and flown an electric aircraft of this size. There are two very critical things: One is getting that weight and balance right. And then the other is getting the system integrated safely. Safety is absolutely at the core of everything aviation. If you’re not safe, you don’t get trusted, if you’re not trusted, you don’t sell. And worst case scenario, actually hurt people.

There was this existential question of, are retrofits of planes a viable path, instead of going after brand new planes from the get-go? There were times where we were looking at it — it just didn’t seem like we’d be able to have enough energy stored in the batteries to give you a long enough flight carrying enough people to make a meaningful product. And there were a few times where we really had to scratch our heads in order to make sure that we were designing the system and integrating it right.

Q. So how did you land on (excuse the pun) smaller, regional aircraft, instead of some other market?

A. We approached the airlines, we approached private pilots, we approached basically everybody who flies or might want to fly an airplane. We were looking at medical applications like air ambulances. We were considering vertical takeoff and landing, like urban, on-demand air taxis. We were talking to helicopter operators, and all these groups, trying to be like, who really needs this? Who has a problem that needs to be solved? Who has a business that needs an electric airplane?

A lot of these businesses could benefit from an electric airplane, but a lot of times the value proposition is just not fully closed yet, with existing regulations or technology or demands.

Q. When do you think larger-capacity, longer-distance planes will be in the game?

A. It depends on the specific plane type and what you’re expecting it to do. But you’re moving people, not planes, right? Well, the majority of people are flying 500 miles or less. So sure, we may not be able to fly over the ocean, but we’ll probably be able to get all people who are flying 500 miles or less on fully electric planes. Now, they may not be holding 250 people at a time. Maybe they’ll be 70- or 100-passenger planes. But it’ll serve the need. It’ll offset the emissions.

We may not have the big planes, but we will have the routes that move all the people. And that’s really what the game is.

Q. What does your ideal world look like? And how do we get there? (On an electric plane??)

A. If you’re looking at planes, I’d like a world where you had none of the emissions, none of the noise and burdens. A world where people can be connected without feeling like they are negatively impacting the environment, the community, their pocketbook.

You know, I don’t get to see my nephews very often. They’re up in Seattle. And it’s because air travel is expensive, and you’ve got to book so far in advance. It would be wonderful if, like choosing to drive to the store, I could jump in an on-demand plane and fly out there without this being like a massive, expensive thing.