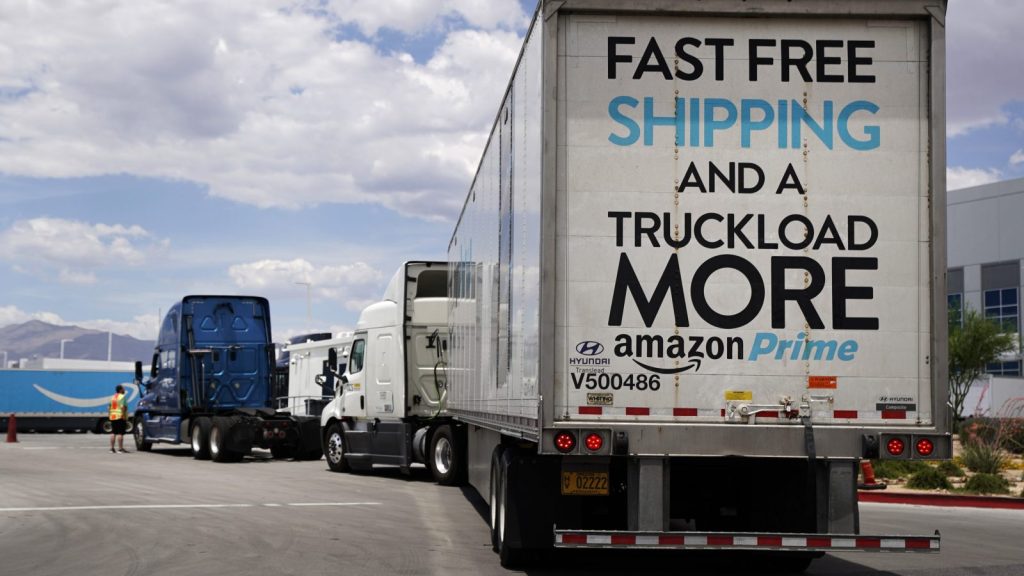 It’s Amazon Prime Day, but there’s a lot more to pay attention to than the deals.

On the first day of the company’s annual summer sale, many Amazon employees protested the company’s labor conditions and environmental impact. They said the online shopping giant is increasingly gobbling up more and more market share retail sales at a cost to both its people and the planet.

On Monday afternoon, more than 100 warehouse workers walked out of an Amazon fulfillment center in Shakopee, Minnesota. This is the first year U.S. workers have walked out on Prime Day, although strikes have taken place in Germany in previous years. Employees told Minnesota Public Radio they were expected to work at an unreasonable rate and felt pressured as a result to skip bathroom and water breaks. Workers also said the company had retaliated against employees in the past who pushed for better conditions.

In an email to Grist, Amazon said that it “provides a safe, quality work environment in which associates are the heart and soul of the customer experience … Events like Prime Day have become an opportunity for our critics, including unions, to raise awareness for their cause.”

A group of employees on the tech side of Amazon voiced support for the Minnesota warehouse workers, renewing internal calls for the company to take steps to minimize its contribution to global warming.

“Lending our support to our coworkers in MN is a natural part of our climate justice priorities. We cannot create a sustainable, long-term approach to addressing the climate crisis without addressing the structural racial and economic inequities that are part of our system of extraction—of energy, material, and human labor—that has caused the crisis,” the group said in an email.

The email was sent to the 8,000 employees that signed a letter earlier this year pushing Amazon to adopt a company-wide plan to stop using fossil fuels and eliminate all emissions contributing to climate change by 2050.

Amazon’s net impact on the planet isn’t exactly clear. On the one hand, the company has allegedly taken steps to minimize its carbon footprint, setting the goal of net-zero carbon emissions from its shipments by 2030, and pledging to go 100 percent renewable energy when it comes to its web services at some unspecified time in the future. In 2018, Amazon Web Services said that it derived more than half of its energy usage from renewables. After long refusing to disclose its carbon footprint, Amazon announced in February that it will finally let the cat out of the bag later this year.

In theory, delivering a hot-ticket consumer product straight to a customer rather than to a store (to which a customer might also need to drive) could cut down on greenhouse gas emissions. But the carbon-cutting benefits of online retail can vanish when it comes to the rush delivery that makes an Amazon Prime membership so appealing.

Dispatching more vehicles to speed up delivery times can also take a toll on public health in communities with major Amazon warehouses. Deal days like Black Friday or Amazon Prime Day can mean more emissions along with increased orders. The growing number of fulfillment centers — like the one in Minnesota — has pushed warehouse development up against neighborhoods. Communities like San Bernardino, California, where the industry responsible for moving goods is booming, not only experience some of the worst pollution in the nation, but also have higher than average rates of cancer, asthma, and infant mortality.

This story has been updated with a statement from Amazon.