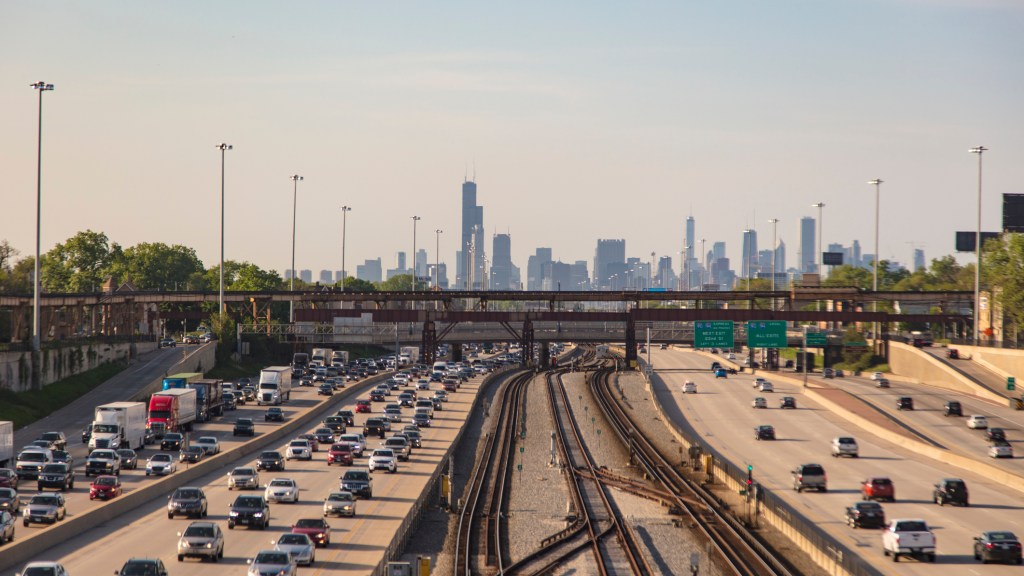 There might be no better monument to the limits of American environmentalism in the climate change era than a parking garage in Berkeley, California. It’s got “rooftop solar, electric-vehicle charging stations, and dedicated spots for car-share vehicles, rainwater capture, and water treatment features” — not to mention 720 parking spots. It cost nearly $40 million to build. At night, it positively glows. And it’s a block from the downtown Berkeley BART station.

That America’s most famous progressive city, one where nearly everything is within walking distance, spent $40 million to renovate a parking garage one block from a subway station suggests that progressive Democrats remain unwilling to seriously confront the crisis of climate change. America’s largest source of greenhouse gas emissions is transportation. In California, the proportion of CO2 from transportation is even higher: above 40 percent. Berkeley Mayor Jesse Arreguín anticipates that the Center Street Parking Garage will out-green all others in the state with a LEED Silver rating, making it a perfect example of our approach to climate change: glibly “greening” the lives we live now, rather than contemplating the future generations who will have to live here too.

On Thursday, Democratic Representative Alexandria Ocasio-Cortez and Senator Ed Markey unveiled just such a fix: the Green New Deal, a proposal that bills itself as a plan for the environment and the economy in equal measure. It is designed to steer America toward a low-carbon economy, fulfill the right to clean air and clean water, restore the American landscape, strengthen urban sustainability and resilience, and put a generation to work. With prominent endorsements from leading Democratic presidential candidates, Ocasio-Cortez has brought more attention to climate change in two months than her Democratic peers did in the past two years.

But the Green New Deal has a big blind spot: It doesn’t address the places Americans live. And our physical geography — where we sleep, work, shop, worship, and send our kids to play, and how we move between those places — is more foundational to a green, fair future than just about anything else. The proposal encapsulates the liberal delusion on climate change: that technology and spending can spare us the hard work of reform.

America is a nation of sprawl. More Americans live in suburbs than in cities, and the suburbs that we build are not the gridded, neighborly Mayberrys of our imagination. Rather, the places in which we live are generally dispersed, inefficient, and impossible to navigate without a car. Dead-ending cul-de-sacs and the divided highways that connect them are such deeply engrained parts of the American landscape that it’s easy to forget they were, themselves, the fruits of a massive federal investment program.

Sprawl is made possible by highways. This is expensive — in 2015, the Victoria Transport Policy Institute estimated that sprawl costs America more than $1 trillion a year in reduced business activity, environmental damage, consumer expenses, and other costs. Leaving aside the emissions from the 1.1 billion trips Americans take per day (87 percent of which are taken in personal vehicles), spreading everything out has eaten up an enormous amount of natural land.

Environmentalists know transportation is the elephant in the room. At first blush, the easiest way to attack that problem is to electrify everything, and that’s largely what the Green New Deal calls for, with goals like “100 percent zero emission passenger vehicles by 2030” and “100 percent fossil-free transportation by 2050.” The cars we drive feel more easily changeable than the places we live.

But electric vehicles are nowhere near ready for widespread adoption — and even if they were, “half of the world’s consumption of oil would remain untouched,” Bloomberg reports. A Tesla in every driveway just won’t cut it.

Even if there were an electric car in the garage of every net-zero McMansion, sprawl’s regressive legacy would persist in the economy. Sprawl requires us to spend more time and more money to reach the places we need to go.

The strongest demonstration of this is the fact that Americans’ jobs are far from where they live. This is particularly true for poor people and people of color, a phenomenon known as “spatial mismatch.” “Highways disproportionately benefit Americans who own or have access to automobiles,” political scientist Clayton Nall writes in The Road to Inequality. “Even when carless Americans do have access to a car, it is not always feasible — as a result of scarce time and financial resources — for poorer Americans to regularly drive the distances that must be covered by suburban expressway commuters.”

Tales of guys who have to walk an absurd number of miles to work — until they are gifted a car — hit local news affiliates every so often. As Angie Schmitt writes for Streetsblog, these are mistakenly cast as feel-good stories about workers overcoming adversity. In reality, they testify to the unjust correlation between job sprawl and racial segregation. Sprawl costs us all, but it disproportionately racks up costs for poor people, nonwhite people, and women.

All that is a result of a federal stimulus for a disconnected pattern of development that imposes an enormous burden on our finances, our environment, and our pursuit of equity.

In Alissa Walker’s exhaustive report in Curbed on why electric vehicles won’t save California, she argues that even with breakneck advances in renewable energy and electric cars, the country must still reduce the number of vehicle miles traveled. EVs won’t save the rest of America, either.

But the good news is that if we do account for land use, we will get much closer to a safe, sustainable, and resilient future. And even though widespread adoption of EVs is still decades away, reforms to our built environment can begin right now. In short, we can fix this. We build more than 1 million new homes a year — we just need to put them in the right places.

Unsprawling America isn’t as hard as it sounds, because America is suffering from a critical, once-in-a-lifetime housing shortage. The National Low Income Housing Coalition reported last year that the U.S. has a national deficit of more than 7.2 million affordable and available rental homes for families most in need. Of course, if we build those homes in transit-accessible places, we can save their occupants time and money. But the scale of housing demand at this moment is such that we could build them in car-centric suburbs, too, and provide a human density that would not just support transit but also reduce the need to travel as shops, jobs, and schools crop up within walking distance.

A Green New Deal must insist on a new, and better, land use regime, countering decades of federal sprawl subsidy. The plan already recognizes the need to retrofit and upgrade buildings. Why not address their locations while we’re at it? Suggestions of specific policies that would enable a Green New Deal to address land use have already emerged: We could, simply, measure greenhouse gases from our transportation system or build more housing closer to jobs centers. Reallocating what we spend on building new roads to paying for public transit instead would go a long way toward limiting sprawl.

Where we live is no coincidence of preference. Federal policy has enforced inequities and disparities for both the environment and vulnerable people at a national scale. It’s never too late to address the most fundamental aspect of our carbon footprint: where we live. And building housing near jobs, transit, and other housing — rather than ultra-LEED-certified parking garages — is merely a political choice. No innovation required.