Plastic pollution seems like such an overwhelming problem. What can I do? 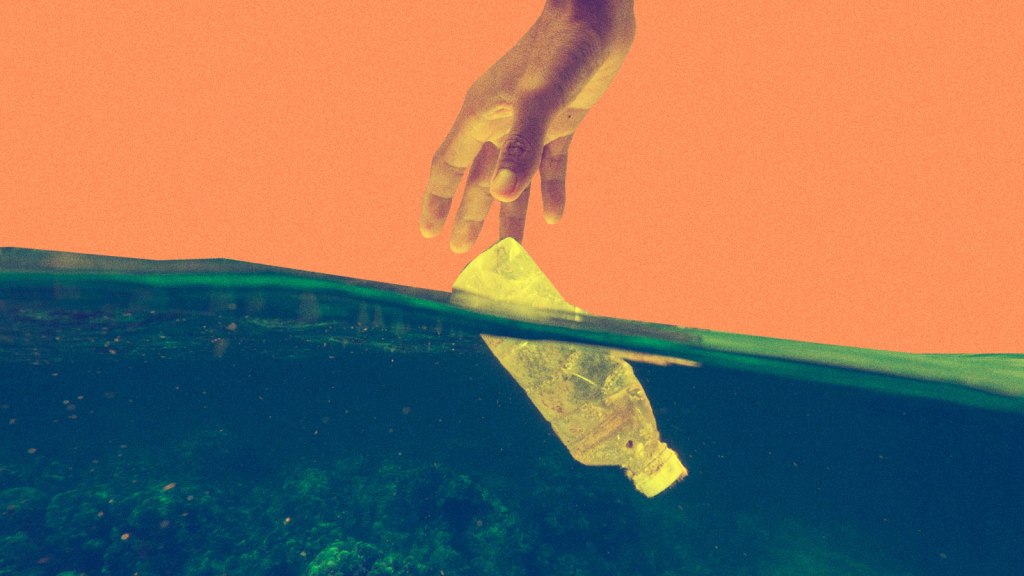 Plastic pollution seems like such an overwhelming problem. What can I do?

Q. Are all the plastic pollution articles making me overreact? Based on those reports, it’s like plastic is glaring at me anywhere and everywhere. What am I supposed to do?

Here’s what we know: Plastics, when they get thrown away, stick around for a very, very, very long time. And we throw away a lot of plastic. According to a recent World Economic Forum report, there are an estimated 342 million tons of plastic produced every year. And at least 89 million tons of that is packaging (like packing pellets or, well, anything that’s wrapped around your groceries). The vast majority of that packaging gets thrown away after a single use. In other words, roughly a quarter of all plastic produced becomes waste after it’s used once.

A whole bunch of that waste ends up in the ocean, whether it floats out to sea from landfills or from sewers into waterways or it’s dumped in directly. It’s impossible to accurately say how much is in the ocean — it’s massive, and there’s plastic sprinkled all throughout it, even a thousand miles from the nearest human. Among the information that is likely troubling you are recent reports that there’s plastic in nearly every oyster, turtle, and whale in the sea.

I recently wrote about how the ubiquitous sprinkling of plastic across the Earth is likely leaching disruptive chemicals and carrying harmful pollutants into ecosystems and food chains, where they have the potential to eventually impact human health. And while plastic decomposes, it never really disappears — its various components persist for a very, very long time.

But while plastic pollution is such a massive-scale problem, it’s actually easier to conceptualize than a crisis like, say, climate change. You touch plastic every day, after all. You understand where it comes from.

Thus, you can start to understand what has to change: say, using less plastic in the first place. That starts with how we consume, and the businesses we buy from.

“But Umbra,” you might say. “It shouldn’t all be on ME to save the plastic problem!”

You’re totally right, and furthermore, you’d never be able to do it alone. There is a litany of companies pushing plastic into our lives. Both the chemical and oil industry benefit from lots and lots of plastics out in the world because, well, they require a lot of chemical engineering and oil to produce. In fact, as fossil fuels become more and more passé, petrochemical companies are increasingly looking to plastic production as their future. When those powerful sectors share a common goal, that translates to a lot of money and a lot of purchased political power to push more and more plastic onto the market.

The recently formed Alliance to End Plastic Waste, made up of companies like Dow Chemical and ExxonMobil, has committed massive funds to cleaning up plastic trash around the world over the next five years. But it doesn’t really address the question of using less plastic to begin with — in fact, it completely ignores it. That’s not a coincidence.

I asked April Dickinson, a Seattle woman who’s gone zero-waste and shares her tips and methods on a popular Instagram account @zerowastedork, for some foundational advice on how to consume less plastic in the first place.

“Convenience and overconsumption are the seat of the plastic waste problem,” she said. “If we aren’t self-critical about our desire for convenience, we can’t achieve any big changes.”

Before you do anything, she said, the first step is to start paying attention to what you throw away. She calls it a “trash audit.” If you realize that nothing you put in the trash just disappears — because it doesn’t — you might start to consider how to buy things that don’t create a lot of waste.

Maybe you’ll notice how you don’t need individually wrapped chicken breasts, or 10 tiny containers of different-flavored yogurt, or the six individual plastic cups of parmesan and red pepper that come with your delivery pizza. Maybe that’ll extend to not buying clothes you never wear — nylon and rayon and polyester are all types of plastic! — or grabbing tiny units of makeup and shampoo for your next trip.

You’ll likely start to notice how hard it is to buy things that don’t come in yards and yards of cellophane and cheap plastic. Waste-minimizing advocacy group The New Plastics Economy suggests a good framework for the kinds of practices you should look for — and demand! — from the businesses you patronize. For example: A commitment to biodegradable packaging! Less packaging altogether! A system to collect and reuse packaging! After all, the customer’s always right.

Sometimes the invisible hand is not enough, and the law has to step in. Remember all those bans of plastic bags and plastic straws that have been popping up in cities across the United States?

“Legislation to reduce single-use plastic such as bags, straws, and other foodware is remarkably effective at reducing plastic waste,” said Dianna Cohen, executive director of the Plastic Pollution Coalition, a Berkeley, California-based alliance that’s effectively declared war on plastic. “Cities and towns where there are plastic bag bans and fees in place have less plastic pollution in their storm water, city streets, beaches, etc.”

If your town doesn’t have one of these bans, Cohen recommends reading this guide by the ocean-preservation nonprofit Surfrider Foundation to build a campaign to pass similar legislation in your own community.

Of course, these bans aren’t without controversy: Disabled people depend on plastic straws, and plenty of small restaurants and businesses can be hit hard by a penalty on plastic bags. That’s why it’s crucial to involve these communities in any policy discussions.

And yes — you can take your concerns about plastic all the way to the top! Don’t be afraid to write or call your congressperson to let them know you won’t support them if they accept money from the chemical or fossil fuel lobbies. Ask them to push for legislation that requires that new materials be more stringently tested for possible health effects before they hit the market — as opposed to after they’re everywhere — and laws that would require businesses to have a plan to collect or reuse the waste that they produce.

But you can start by just not buying what you don’t need, and getting your friends and family to do the same. We wouldn’t throw all this stuff away if we needed it in the first place!