The Koch brothers hate public transit. But they can’t always stop projects in their tracks. 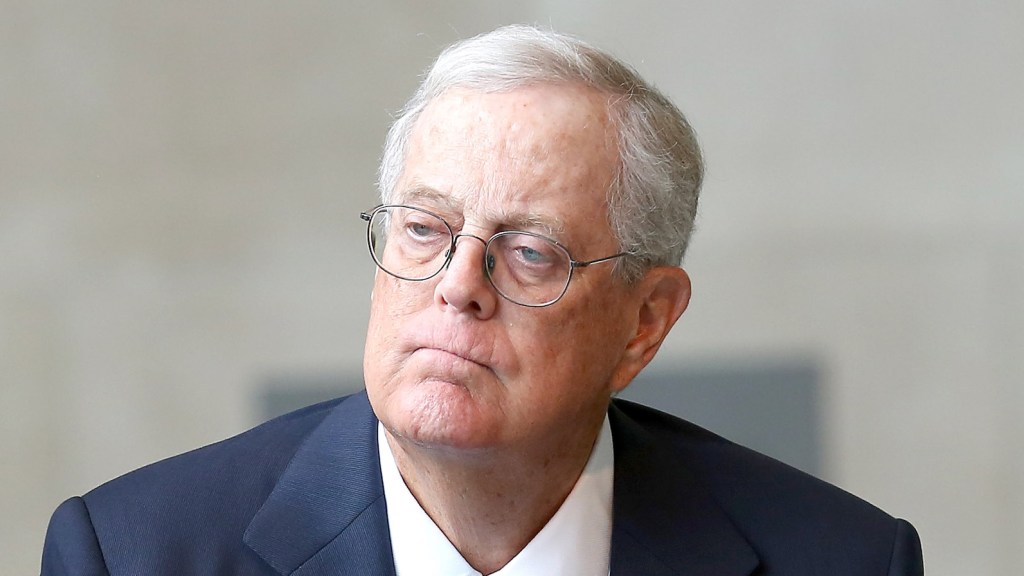 Paul Zimmerman / WireImage / Getty Images
Wrong side of the tracks

The Koch brothers hate public transit. But they can’t always stop projects in their tracks.

The infamous Koch brothers have bankrolled climate deniers, propped up polluting industries, and even tried to turn the black community pro-fossil fuel. But, as a recent New York Times story shows, the billionaire conservatives have been steadily exerting pressure against public transit as well.

Americans for Prosperity, a conservative lobbying group funded by the Koch family, has rallied against public transit works across the country. With a mix of political ads and door-to-door campaigning, the organization managed to get a transit tax increase shot down in Little Rock in 2016. Koch-linked groups have successfully watered down legislation in Indianapolis and blocked efforts in Florida.

This spring, the organization financed conservative activists in Nashville, Tennessee, to oppose a mass transit referendum. The plan would have increased the city’s sales tax in order to fund a light rail system, eight new bus lines, and 19 transit centers in the city. The anti-transit campaigners knocked on 6,000 doors and made 42,000 phone calls, all while repeating the anti-tax party line. The referendum, once a sure bet, failed, with almost 64 percent of voters rejecting it. Public transit experts were disappointed, but unsurprised.

Yonah Freemark, a transport researcher and doctoral student at MIT, says that the Koch effort has been around for years. “They have been focusing on regions without a strong transit constituency [or] historical support for transit investment,” he says. That’s perhaps why Americans for Prosperity has not focused as much on Seattle, San Francisco, or Los Angeles — but has targeted relatively conservative cities.

While it might seem puzzling that any group would be stridently opposed to public transit, the Kochs have both financial and ideological reasons to reject transit spending. The New York Times cited their extensive financial interest in the automotive industry, combined with a libertarian and anti-tax ideology.

“It’s part of their overall agenda of conservatism, and part of an ideology tied up with cities and transit being bad, and suburbs as good,” says Jeff Wood, a transit consultant and blogger based in San Francisco.

Luckily for transit enthusiasts, the Kochs have not always been successful, even in sprawling cities with a sizable Republican base. Phoenix, Arizona, successfully expanded its light rail system in the face of opposition from the organization’s state branch.

And the Nashville plan had other, compounding factors. Mayor Megan Barry, who introduced the referendum in October 2017, became embroiled in a sex scandal with her head of security and eventually resigned in March. Her resignation further ignited the already bitter conflict between pro- and anti-transit activists.

So transportation experts are still hopeful that the Koch brothers will not derail many more projects. “Despite the fact that we have these people going out and running smear campaigns against public services, the large majority of such referenda have passed,” says Freemark. In 2016, large transit plans were passed in Atlanta, Seattle, Raleigh, and Los Angeles. “Americans are not universally buying into these tactics,” he concludes.

Wood is similarly optimistic, and believes that the Nashville failure can inform future efforts. “I think we are going to see other places learn from this,” he says. “I don’t think this ideology can win forever.”