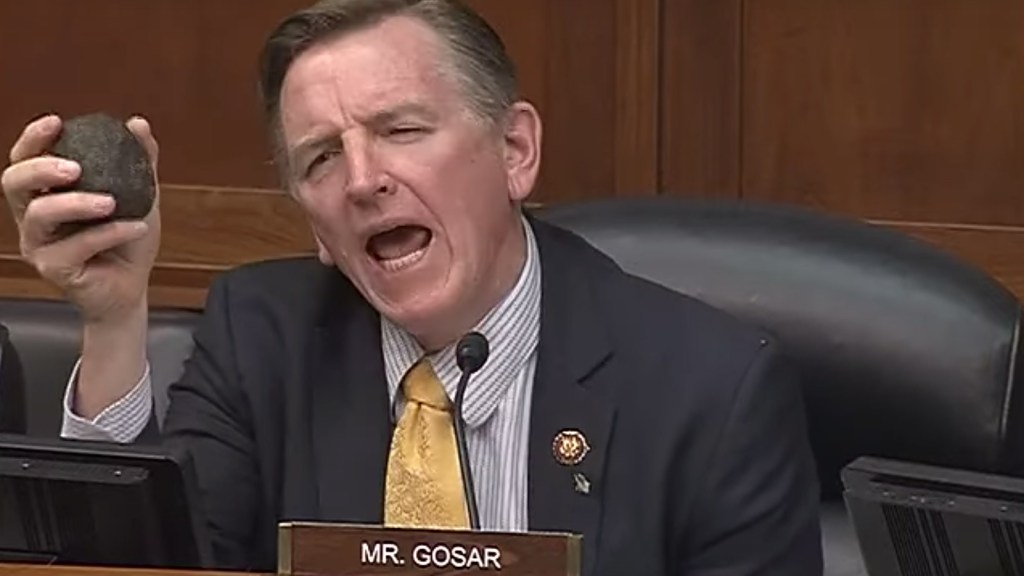 Oversight Committee
oversight, out of mind

John Kerry deserves some kind of award (in addition to his Purple Hearts) for responding to a slew of truly dumb questions on Tuesday with his signature composure.

The House Committee on Oversight and Reform held its first climate hearing on Tuesday and, hoo boy, it was a doozy. The former secretary of state, alongside former Secretary of Defense Chuck Hagle, fielded questions from Republican and Democratic representatives — ostensibly on the subject of climate change and national security — for a good four hours. I know what you’re thinking: “Four hours of testimony? Count me out.” But this wasn’t your typical congressional snoozefest, I promise.

Despite some off-the-wall questions, Kerry only lost his cool (read: appeared vaguely exasperated) a few times. Exhibit A: when Kentucky Republican Thomas Massie asked a series of increasingly inane questions that culminated in: “Did geology stop when we got on the planet?”

Rather than taking the time to explain that geological change is, in fact, ongoing, Kerry responded: “This is just not a serious conversation.” Zing!

Not to be outdone, Paul Gosar of Arizona — the same Republican representative who suggested that photosynthesis discredits climate change — asked Kerry whether he supports a ban on plastic straws. An important national security question!

“It would be great to provide a way to move to a biodegradable straw, frankly,” Kerry replied, bemused. Then, Gosar picked up a dark gray ball of what he described as “rare earth … from the Mojave Desert” as a prop to demonstrate his point that the U.S. needs to be more aggressive about mining rare earth metals if it wants to develop renewable technology.

Kerry described the stunt as “a five-minute presentation on all the reasons we can’t do this or that without any legitimate question or dialogue.” Another zinger!

On the Democratic side, representatives Ro Khanna of California and Alexandria Ocasio-Cortez of New York focused on the need for swift action, promoting the progressive climate proposal called the Green New Deal. Ocasio-Cortez asked the bipartisan committee to read the contents of the 14-page resolution, which she co-introduced in February, in full. “We don’t need CliffsNotes,” she quipped.

Now that Democrats are back in control of the House, there have been more and more climate change hearings happening. But after four hours of questioning on Tuesday, the committee didn’t have much to work with. That’s a hard pill to swallow, even with the aid of a biodegradable straw.