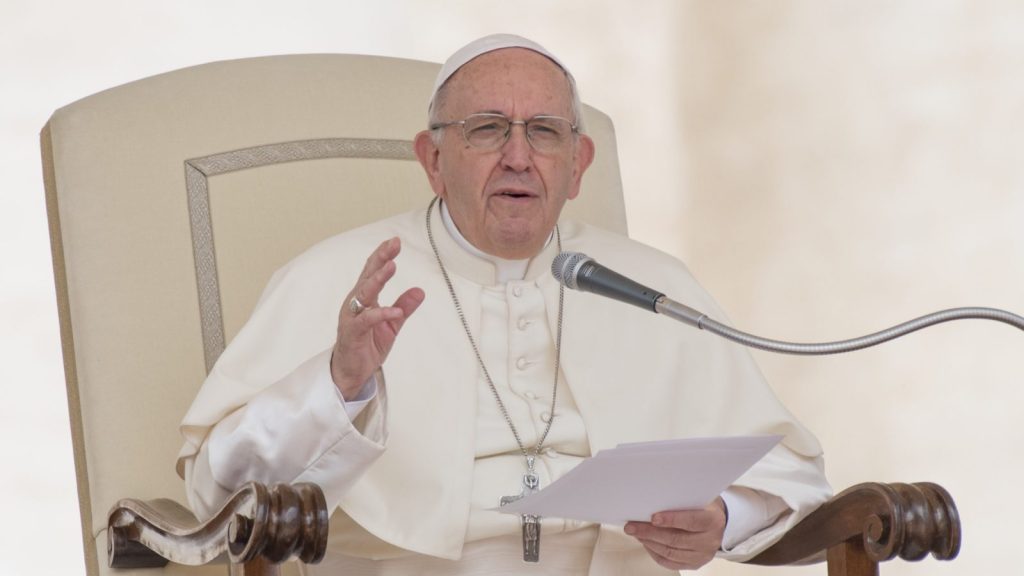 On Saturday, Pope Francis addressed a flock of oil executives on his home turf in Rome. Representatives from major energy companies like ExxonMobil, BP, and Shell gathered at the Vatican to hear El Papa’s impassioned plea: “There is no time to lose,” he told them. “We received the earth as a garden-home from the Creator; let us not pass it on to future generations as a wilderness.”

The pope is obsessed with the environment. In 2015, he wrote an encyclical in which he warned of the disastrous effects of climate change and called for a transition to renewable energy. This weekend, the pope re-emphasized the urgency of the situation, calling it a “challenge of epochal proportions.”

This perspective relies on the idea that Earth’s natural resources are there for us to take advantage of. In fact, God mandates it. Conservative Evangelicals use a biblical passage to justify this approach: “dominion over the fish of the sea, and over the fowl of the air, and over the cattle, and over all the earth, and over every creeping thing that creeps on the earth.” Pruitt uses this worldview to justify opening up land for drilling.

Pruitt’s brand of Evangelicalism clashes with the pope’s on climate, too. Ralph Drollinger, a clergyman and leader of a White House biblical study group that Pruitt often attends, has written that acknowledging humanity’s role in climate change is downright dangerous:

“To think that Man can alter the earth’s ecosystem — when God remains omniscient, omnipresent and omnipotent in the current affairs of mankind — is to more than subtly espouse an ultra-hubristic, secular worldview relative to the supremacy and importance of man.”

Obviously, the pope does not agree with this approach. He’s said as much in the past. Christians who look at that famous passage in Bible about God giving man dominion over Earth’s creatures and read “dominion” as “exploitation” do not have the “correct interpretation of the Bible as intended by the Church,” he wrote in his encyclical.

How could these two men, both ostensibly working from the same primary source, have come to such wildly different conclusions? The only explanation I can think of is that God has good and bad days, like the rest of us. On good days, He sends Pope Francis bolts of renewable energy-powered inspiration, and on bad days, He sends the head of the EPA on frantic searches for fancy lotions. Who can blame Him?