The shipping industry needs to clean up its act. Here’s where it can start. 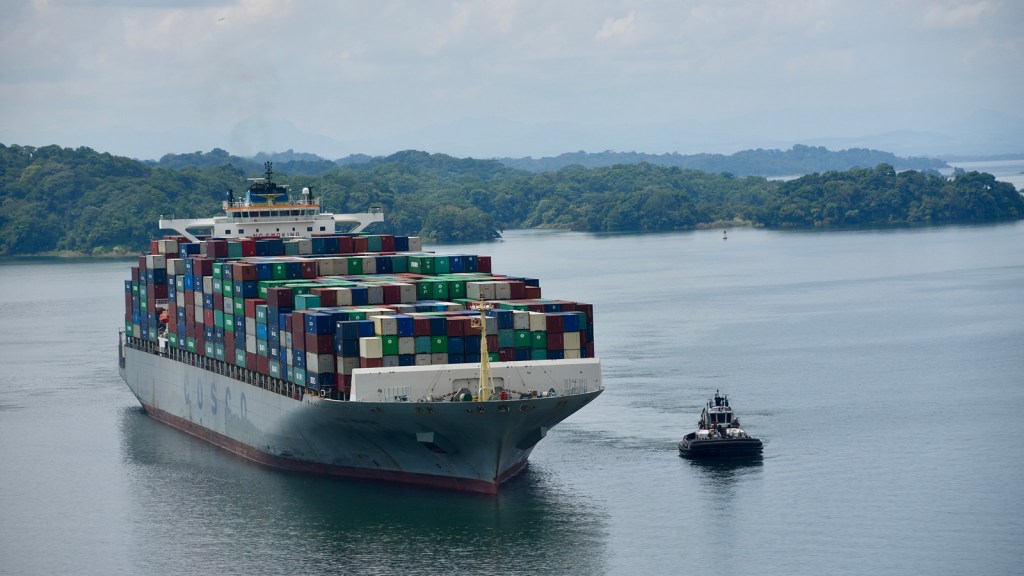 The shipping industry needs to clean up its act. Here’s where it can start.

Just north of the U.N. climate talks in Bonn, Germany, a group of shipping industry leaders gathered — well, where else? — on the water.

An elegant river cruise ship, the Rhine Fantasy, was transformed Monday into a floating command center, where more than a hundred executives, policy experts, and environmentalists debated how to slash the sector’s greenhouse gas emissions.

Vessels carrying heaps of coal and steel containers glided by the cruise throughout the day. Inside the ship’s ballroom, a giant mural illustrated the event’s central theme: What can the industry do to play its part in limiting global warming to 1.5 degrees Celsius (2.7 degrees Fahrenheit) above preindustrial levels — the most ambitious goal laid out in the 2015 Paris Climate Agreement?

To meet that target, all cargo ships will need to be “zero-emissions” by 2050. That requires ditching cheap, but noxious, bunker fuel and replacing it with promising — though still early-stage — alternatives such as battery storage, sustainable biofuels, hydrogen fuel cells, and wind-sail technology.

To nobody’s surprise, the day-long river summit didn’t resolve any fierce policy disputes or yield unanimous decisions on how to decarbonize cargo ships. But it did illuminate some steps that companies could actually take today to steer the industry onto a cleaner course while messier regulatory decisions are hashed out.

While they’re not radical overhauls, measures the sector could adopt now include:

Cargo ships can instantly lower their fuel consumption — and thus their emissions — by simply slowing down. As a rule of thumb, a 10-percent drop in speed will reduce power demand by nearly 30 percent.

Shipping companies have used slow steaming on and off for decades in response to rising fuel prices or economic downturns. But the maneuver can require complex mechanical or operational adjustments. Plus, customers want their goods delivered as quickly as possible, so cargo companies often see little incentive to stay in the slow lane when the cost of fuel is low or transport services are in high demand.

By requiring ships to reduce speeds no matter the market, the industry could instantly cut its toxic air pollution — and, potentially, extend the deadline for delivering cleaner vessels, according to the European nonprofit advocacy group Transport & Environment, as well as other proponents aboard the Rhine Fantasy. Unlike carbon emissions, ship speeds are relatively easy to regulate, since individual countries or economic zones can set their own limits in waters they oversee.

It’s likely not surprising to learn that the shipping industry isn’t on the cutting edge of data analysis and cloud computing. On many vessels, information about speed, fuel use, and location is still manually punched into computer spreadsheets and sent via maddeningly slow communications systems. Gathering multiple data points and sharing those in real time could enable fuel-saving steps such as helping ships devise shorter routes, arriving when ports are less crowded, and avoiding unfavorable wind conditions.

Tech startups are cropping up to supply ships with data-collecting sensors and to improve the speed and quality of their communications. Mainstream maritime companies are already on board: Wärtsilä, a major Finnish manufacturer, recently acquired the cleantech software company Eniram for more than $50 million. Shipping giant Maersk is partnering with IBM to digitize its supply chain and track the paper trails of millions of shipping containers.

Better data is not just low-hanging fruit for the shipping industry, it could empower businesses that send their goods on cargo ships to learn more about their own supply chain emissions, and to advocate for cleaner options.

Banks today have little appetite for backing energy-efficient retrofits or cleantech pilot projects. Such endeavors are generally more complicated and expensive than conventional builds and, in the case of newer technologies, there’s a risk companies will lose lots of money. But dirtier vessels are a financial risk, too.

Cargo ships built today will likely eventually have to comply with stringent regulations on carbon emissions and energy efficiency. Those vessels might seem like safe bets now, but what if the owners have to borrow more money to pay for future upgrades? A recent report by the nonprofit Carbon War Room found that the $400 billion in total global shipping debt actually represents “unassessed climate risk exposure” for banks.

Financiers should consider the risk of climate policies when pricing out their loans, which would give an advantage to cleaner projects while adding scrutiny to run-of-the-mill constructions. Government and regional banks can also step in and assume some of the risk if cleaner ships lose money. The European Investment Bank, for instance, is partnering with a private Dutch institution to encourage lending for efficiency retrofits and clean vessel construction.

A big challenge to the zero-carbon shipping movement is that none of the technologies on the table — batteries, biofuels, etc. — have proven to make technical or financial sense at a large scale. To show how alternatives work in real-world conditions, we’ll need more demonstration projects taking place in various parts of the globe for a wide range of ship types.

Local and national governments can support this effort by creating initiatives across entire ports or countries. Norway, for example, has become a hub for battery-powered ferries, in part thanks to funding derived from a tax on ships’ emissions of nitrogen oxide, a greenhouse gas linked to climate change and a key component of acid rain. In the Netherlands, port authorities are using more biofuels in patrol vessels and have plans to become refueling centers offering lower-carbon fuels.

Maria Gallucci is the 2017-2018 Energy Journalism Fellow at the University of Texas at Austin.