The shutdown shows just how vital government scientists are 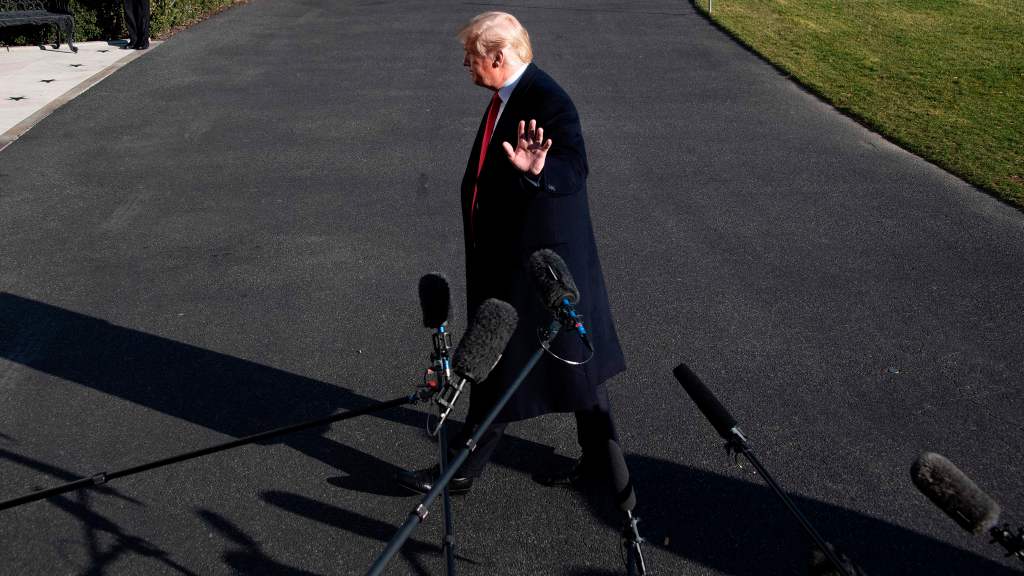 The shutdown shows just how vital government scientists are

Instead of figuring out how many Pacific hake fishermen can catch sustainably, as his job demands, scientist Ian Taylor is at home with his 4-month-old daughter, biding his time through the partial government shutdown.

Taylor’s task is to assess the size and age of hake and other commercially harvested fish species in the productive grounds from Baja California to the Gulf of Alaska. These stock assessments are then used by federal managers to approve permits to West Coast fishing boats. Without Taylor’s science report, the season could be delayed — and the impact of the shutdown could spread beyond the 800,000 government employees now on furlough to include boat captains, deck hands, and others working in the seafood industry who won’t be able to head to sea on schedule. That’s what happened to Alaska crabbers during the last big federal shutdown in 2013.

Taylor, an operations research analyst at the National Oceanic and Atmospheric Association’s Northwest Fisheries Science Center, says he’s frustrated that he can’t do his job. He can’t even make phone calls or use email. “It feels like a terrible situation,” he says. “Important work is not getting done.”

President Trump says he will not sign legislation to operate large chunks of the federal government unless Democrats agree to approve more than $5.7 billion for a wall along the Mexican border. Trump said Monday he plans to visit the border Thursday, hinting that any compromise will likely not happen before then.

Some federal science agencies are open, such as the National Institutes for Health and the Department of Energy, since their appropriations bills were already signed by Trump. Others, such as NASA, are continuing to operate key programs such as the International Space Station, although 95 percent of its 15,000 workers were sent home on December 22.

The shutdown has led to a hodgepodge of federal science-based activity across the country. A SpaceX Falcon 9 rocket is sitting on a launch pad at Cape Canaveral ready for a planned launch on January 17, but without NASA personnel to oversee testing, that liftoff will be delayed. Crews that fly over the Atlantic to check on endangered Atlantic right whales and send those positions to commercial ships are still working, but they aren’t being paid.

Weather forecasters are working during the shutdown, but hundreds of scientists from NOAA and the National Weather Service have been banned from attending the annual American Meteorological Society meeting this week in Phoenix. Antonio Busalacchi was supposed to be on a panel with colleagues from federal weather agencies, but they didn’t show up. “Science is a community and this is where people come together to discuss common problems,” says Busalacchi, president of the University Corporation for Atmospheric Research, a consortium of academic institutions that conduct and promote the study of earth sciences. “Last month, we were talking about the workforce in the future, but now we can’t discuss how best to go forward.”

Busalacchi is worried that he may have to shut down a meteorological research program UCAR runs called COSMIC that uses a fleet of existing GPS satellites to measure the atmosphere’s temperature and humidity. The data is then sent to federal NWS forecasters who use it to make both short-term weather and long-term climate predictions. UCAR runs the program with funds from the National Science Foundation, which isn’t giving out grant money right now, as well as help from NOAA and NASA.

“We may be running the risk to shut this program down because we are not getting the funds from the government,” he says. If COSMIC gets shut down, data analysis would be paused, potentially weakening some forecasts. But equally frustrating is the fact that Busalacchi is left in the dark on how to handle the program. With no information coming from his federal partners, he doesn’t know whether to keep spending money to sustain the program, or pull the plug.

Reams of scientific data are still being collected remotely by federally operated satellites, automated river gauges, or non-federal scientists, but the policies and permits that rely on this science are now in limbo. As a result, one legal expert worries that the shutdown could result in more air and water pollution being discharged by companies with permits that expire during the shutdown.

“None of the federal environmental laws are written in such a way that if the government is shut down, you can’t do anything,” says Kyla Bennett, senior attorney for the nonprofit group Public Employees for Environmental Responsibility, which advocates on behalf of federal workers, and a former EPA employee. Instead, the law implies that companies can proceed on their own. “It says, if you don’t hear anything, go ahead.”

The Environmental Protection Agency furloughed about 14,000 of its employees, leaving just 753 “essential” workers on the job. That might make it more difficult for the agency to meet legal deadlines later this year for safety assessments of about 40 chemicals, according to a news report in the journal Nature. The agency has already postponed at least one upcoming advisory committee meeting related to the work.

Federal science workers are making do. Leslie Rissler, an evolutionary biologist and program director at the NSF, tweeted last week that she had applied for unemployment benefits. “This is a ridiculous shutdown unnecessarily affecting thousands of federal employees and families. Wishing all of them, and this country, better days ahead.”

For his part, fisheries scientist Taylor is budgeting his savings and using his time wisely. “I’ve been watching Marie Kondo on Netflix,” he says from his home near Seattle. “We’ve been cleaning out our closets.”