The government is shut down, but oil development is (mostly) open for business 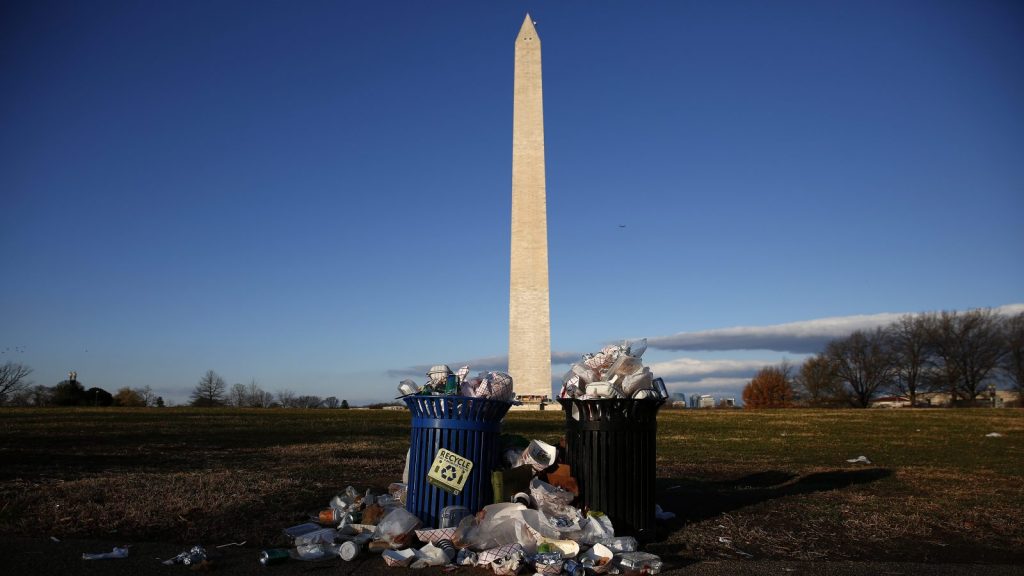 Trash accumulates along the National Mall due to a partial government shutdown. McNamee / Getty Images
you know the drill

The government is shut down, but oil development is (mostly) open for business

The trash pileup in our national parks could cause long-term damage. Texas is begging for funding for Hurricane Harvey recovery. Health services for Native American tribes are on hold. But guess what’s apparently too essential to wait until after the partial government shutdown? Oil development.

Eighteen days into the shutdown, the current administration’s priorities are becoming all too clear. Consider this: The Bureau of Land Management is moving ahead with plans to open more areas of Alaska to oil and gas drilling. The agency found the money to host four meetings next week in northern Alaska to continue with the environmental review process for the drilling proposal, as E&E News reported. Meanwhile, the BLM’s Alaska office is shut down and its employees are on temporary leave.

“The oil industry is still getting business as usual and everybody else is getting shut out, so it’s fundamentally not fair,” Matt Lee-Ashley, former deputy chief of staff at the Interior Department, told Bloomberg, “and it may be illegal too.” That’s because the government is supposed to serve everyone equally, Lee-Ashley said.

On top of that, the Bureau of Land Management is still proceeding with oil drilling applications, according to E&E News. And the Bureau of Safety and Environmental Enforcement is also still in business for processing new permits to drill in coastal waters, as Bloomberg reported.

Compare all this to the 16-day government shutdown in 2013, when the Obama administration halted permitting and environmental reviews. Around 200 drilling applications were left unprocessed during that shutdown, and energy projects were delayed.

However, a few of the projects in Trump’s “energy dominance” agenda have been forced to take a backburner. The shutdown has hampered the EPA’s efforts to roll back Obama-era rules that limit emissions from power plants and vehicles, as well as ones that protect water and wetlands, Politico reported in its Morning Energy newsletter. And environmental reviews of Dominion Energy’s Atlantic Coast pipeline and TransCanada’s Keystone XL pipeline are on hold, according to Bloomberg.

Even oil projects aren’t immune to the burden of a government shutdown, it appears. Still, they seem to be faring better than just about everything else.