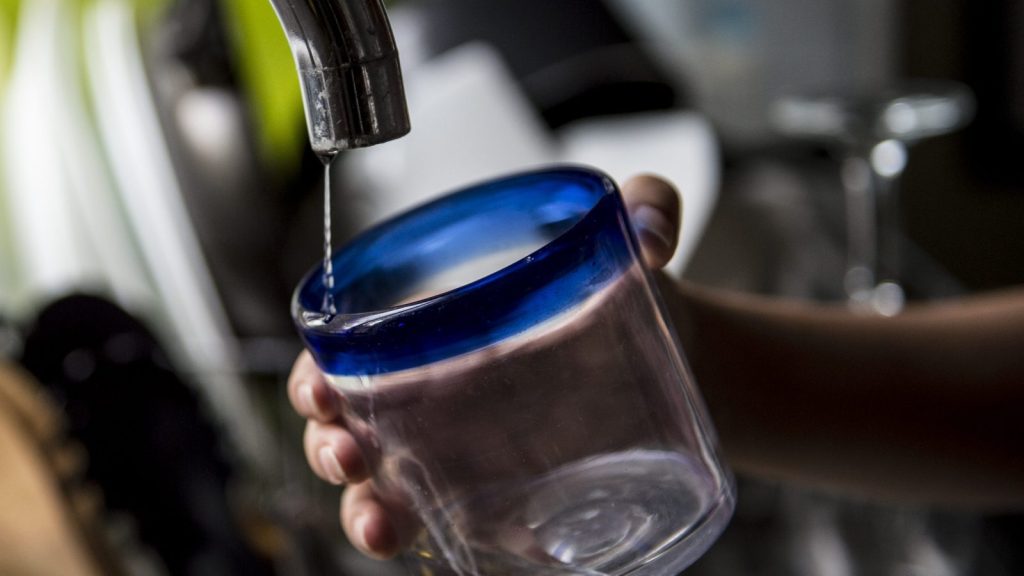 MARTIN BERNETTI / AFP / Getty Images
something in the water

The government just released a huge study about chemicals. Mazel tov! You made it through the most boring part of this article. Now for the fun stuff: The Trump administration didn’t want you to see the results of this study.

As you go about your daily business, you’re surrounded by compounds called perfluoroalkyls, or PFAS. They’re used in carpeting, food packaging, clothing, pots and pans, and the foam firefighters use to douse flames, to name a few. That’s because PFAS are resistant to heat, water, and oil. They’re incredibly helpful! They’re also toxic.

According to a major study published by the Centers for Disease Control and Prevention on Wednesday, the EPA has seriously underestimated how much of this stuff human beings can safely be exposed to. The major takeaway? PFAS have thoroughly contaminated many of the nation’s water sources, and they are associated with cancer, liver damage, fertility issues, and more — even in small doses. The study is the most fleshed-out assessment of information on PFAS to date, and it found that the EPA’s exposure limits should be 10 times lower than they are now.

Before we get into the nitty-gritty of the study’s findings, here’s the story behind why EPA chief Scott Pruitt and the White House wanted to block its publication in the first place.

White House emails from earlier this year show that the Trump administration was worried the study would cause a “public relations nightmare,” and Pruitt’s aides intervened to block the report. An unnamed White House aide also said, “The impact to EPA and [the Defense Department] is going to be extremely painful,” according to a report in Politico last month.

In other words, the Trump administration headed off a study that highlighted a major public health crisis because officials didn’t want to deal with the fallout. When members of Congress got vocal about releasing the report, Pruitt decided to hold a summit at EPA headquarters about PFAS in drinking water systems at the end of May.

The saga, already pretty dramatic, started to resemble an episode of House of Cards when an AP reporter was forcibly removed from that summit. The reporter, along with journalists from CNN, Politico, and E&E News, were barred from entering the summit because of limited space, but reporters who were allowed to sit in on the meeting tweeted out pictures of empty chairs in the room.

It seems like Pruitt should have learned by now that doing something like, oh, I don’t know, forcibly ejecting a reporter from a summit, only serves to attract attention to the very thing he’s trying to downplay. Luckily for us, he’s a slow learner. It’s worth highlighting two more notable revelations from the newly published 852-page CDC report.

It’s no wonder the Trump administration wanted to keep this one quiet. A Harvard study from 2016 that analyzed PFAS contamination in drinking water showed that 6 million Americans were drinking water that exceeded the EPA’s limits — and that was using the agency’s old standards. This new study indicates a lot more people are at risk than previously thought.

There’s another reason why White House officials may have hoped this report would fly under the radar. Earlier this year, the Department of Defense reported to Congress that 126 water systems at or nearby military bases in the U.S. were contaminated with PFAS. More than 600 additional sites are at risk of serious contamination, which means the federal government will have to foot a hefty cleanup bill. But if there’s one thing we know about Scott Pruitt, it’s that he hates spending money on the environment.