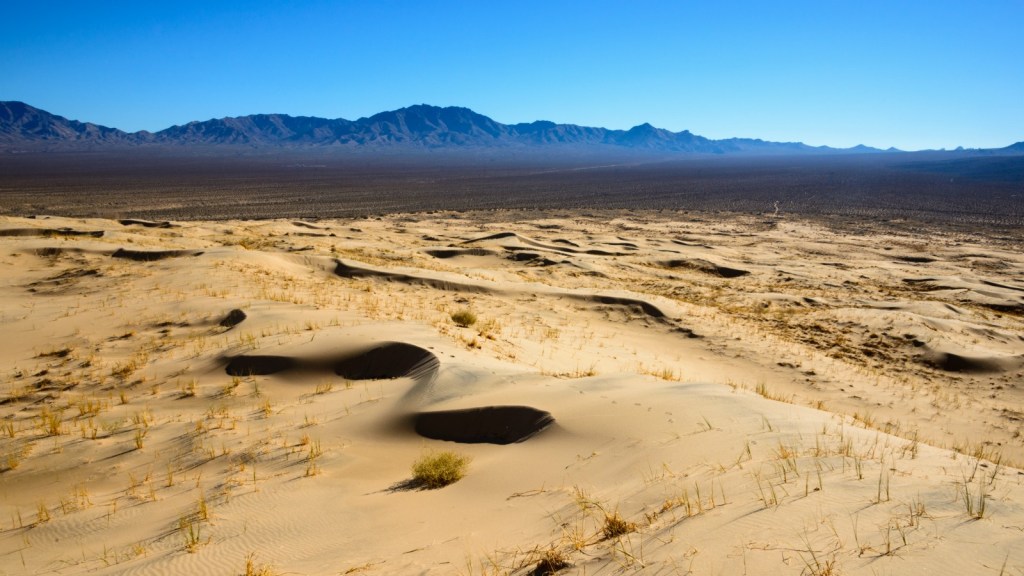 California’s devastating drought is bad news for just about everyone involved. Except for Scott Slater, the CEO of Cadiz Inc., who has hatched a plan to make billions off of parched Californians by selling them water pumped from the Mojave Desert.

Deserts are not exactly known for having an ample supply of water — quite the opposite, by definition — but an underground oasis lies beneath the toasty, solar-rich surface of the Mojave Desert. According to the Guardian, Cadiz Inc. plans to pump 814 billion gallons from the desert’s aquifer to L.A. and other California communities. Joanna Walters from the Guardian reports:

Slater has already got contracts to sell the water for $960 an acre foot (the amount of water it takes to cover an acre of land in a foot of water). That works out at $2.4 billion over the 50 years of the company’s water extraction deal with San Bernardino County. His problem, however, is convincing politicians, regulators, and the public that pumping water 200 miles from the desert aquifer to L.A. is a good idea.

“People see this development as a private sector initiative and they have a very visceral, negative reaction to that,” Slater says.

The price of water in California has been steadily rising, as has demand from a growing population, while the state struggles with four years of severe drought. Slater says water is worth as much as $2,200 an acre foot in San Diego, where it is shortest supply. A decade ago, the price was less than $100, he says.

Slater does not seem worried about potential impacts of the project, which he calls “environmentally ‘benign,’” according to Walters. The rest of us remain unconvinced.