This is Trump’s chance to tank the solar industry 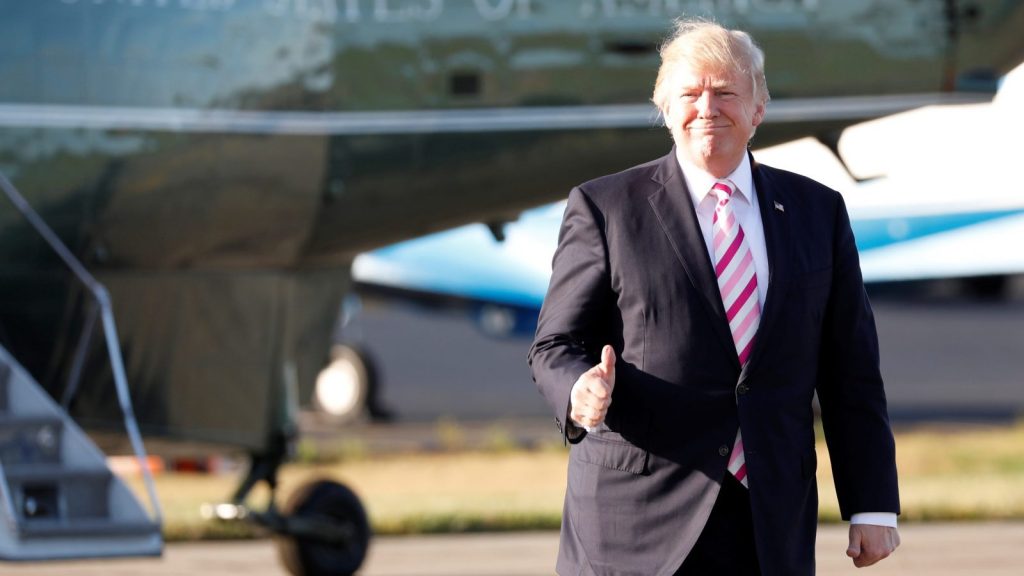 This is Trump’s chance to tank the solar industry

If President Trump were honest about which industries are the biggest job-creation powerhouses, it wouldn’t be the sluggish coal industry. It’s solar. More than twice the size of the wind industry and roughly five times bigger than the coal industry, solar accounted for one in every 50 jobs created in 2016, according to an annual census by the Solar Foundation. But Trump will soon have the chance to cut off U.S. solar from the cheap foreign panels that have led to the industry’s booming success the past few years.

The U.S. International Trade Commission on Friday decided 4-0 that foreign imports of solar panels and cells have damaged the business of two domestic solar manufactures, Suniva and SolarWorld. Now that the ITC has found injury, it will likely suggest a price floor or tariffs. The decision on whether to regulate these imports will ultimately fall to Trump, and evidence suggests he’s likely to do it. “I would place the odds of the president agreeing to some type of remedy at 90 percent,” an anonymous Trump administration official told the news site Axios.

Suniva has already proposed a price floor of 78 cents per watt and a tariff that would more than double the current panel costs. Solar Energy Industries Association President Abigail Ross Hopper’s statement Friday warned that such a proposal could hobble the industry.

“Analysts say Suniva’s remedy proposal will double the price of solar, destroy two-thirds of demand, erode billions of dollars in investment and unnecessarily force 88,000 Americans to lose their jobs in 2018,” Hopper said. “An improper remedy will devastate the burgeoning American solar economy and ultimately harm America’s manufacturers and 36,000 people currently engaged in solar manufacturing that don’t make cells and panels.”

And according to Greentech Media, a tariff on imported panels wouldn’t necessarily lead to more domestic manufacturing:

If President Trump approves a new trade remedy for “injury” from imported solar products, it will likely take effect in January 2018. The solar industry is then expected to file a complaint with the WTO — which is what opponents did when the American steel industry brought a Section 201 nearly 17 years ago. The WTO could take another two years to rule on the case. And if the Suniva/SolarWorld 201 petition is found to be in conflict with the WTO — like in the steel case — the WTO will reject it.

The problem is, this two-and-a-half-year period probably doesn’t provide enough runway to make a U.S. facility feasible. A company that invests considerable capital in a U.S. factory, only to find the country reopened to imports by the time it’s finished, would be at a disadvantage compared to others that don’t bother.

It’s not just environmentalists and advocacy groups that oppose stemming the flow of cheap imported panels. Most of the U.S. solar industry lined up against Suniva and SolarWorld, after seeing the costs of installed solar per watt decline dramatically the past 10 years. About 98 percent of the industry now relies on these imports, “with more than a third of them from China,” where production costs are cheaper, reports InsideClimate News. These cheaper costs have made solar competitive with fossil fuels, in some cases even outcompeting conventional sources. That’s what solar installers say is responsible for the boom in utility-scale solar plants and rooftop solar.

A number of conservative and industry-aligned groups like Heritage Foundation and the American Legislative Exchange Council also came out against tariffs on solar imports.

“The tariffs requested by Suniva and SolarWorld will make solar products and services in America more expensive and less competitive by removing inexpensive, often imported choices from other solar companies and their customers,” writes Heritage trade policy analyst Katie Tubb. If Trump does decide to crack down on the imported panels, it would be a rare instance of him flouting Heritage’s recommendations.

“This decision gives President Trump and his fossil fuel allies a blank check to crush the solar revolution that we are experiencing in the United States,” said Senator Ed Markey, a Massachusetts Democrat, in a statement. “President Trump should not use this decision as an excuse to kill the solar industry under the guise of domestic manufacturing.”