This poet captures the madness and injustice of our burning planet 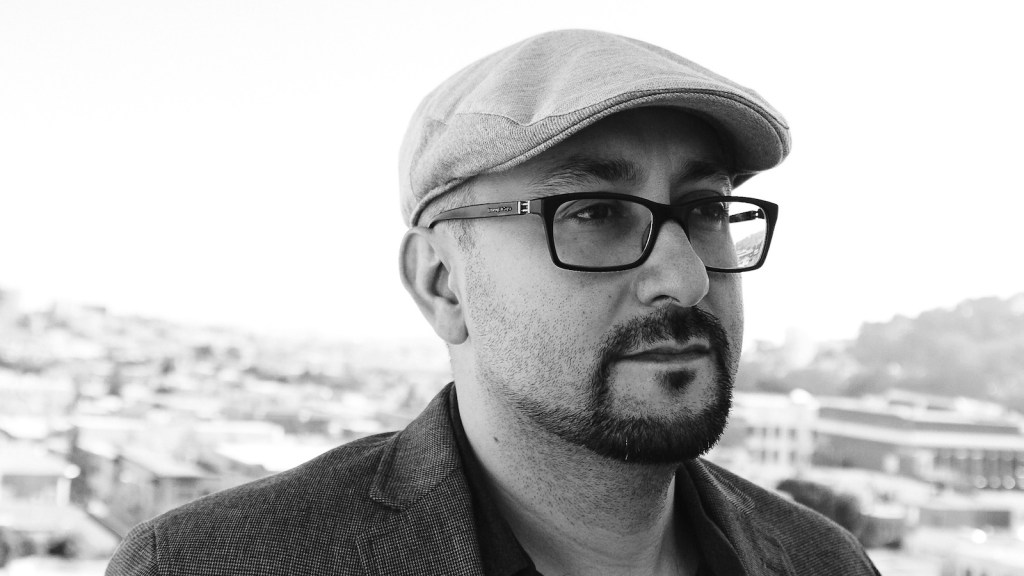 This poet captures the madness and injustice of our burning planet

“Just so you know, my 11-month-old daughter could wake up at any time,” the poet Craig Santos Perez whispered when he answered the phone. She did wake up, a few minutes into our call, and began making the delightful gurgling noises of small babies. It was a fitting introduction to a writer whose work shimmers with care for future generations — and an awareness of the injustices they may face under climate change.

In 1991, critic Dana Gioia complained that poetry might no longer matter. It seemed unable to tackle political or social issues, its readership had dwindled to a tiny fraction of American adults, and its writers lived in a societal subculture, publishing in journals that only other writers bothered to crack open.

Now, all that is changing. A provocative new essay in the Atlantic — entitled “How poetry came to matter again” — traces how a young generation of poets of color is making its mark on the ancient art form. Black poets, indigenous poets, and Asian-American poets are publishing books on identity, queerness, and racial oppression. They are winning prizes and becoming U.S. poet laureates. And in the process, they address social and political inequality. They make poetry matter.

Perez, an indigenous Chamorro from the U.S. territory of Guam, is among them. But unlike many of his contemporaries, Perez extends his lens of justice to climate change and environmental destruction. In “Sonnet XVII,” he writes:

I don’t love you as if you were rare earth metals, diamonds
or reserves of crude oil that propagate war:
I love you as one loves most vulnerable things,
urgently, between the habitat and its loss.

For Perez, climate change is inextricable from other global injustices and inequalities, including the suppression and disenfranchisement of indigenous peoples. His poems could hardly be called “nature poems,” in the tradition of older, largely white predecessors like Robert Hass or W.S. Merwin. They are, rather, “ecopoems,” or poems that show the human and political side of the environment. According to poet and critic Juliana Spahr, a nature poem would depict plants and animals — but an ecopoem would show the bulldozer destroying their habitat.

Perez’s work takes readers a step further, by showing those most affected by climate change — among them, the people of Guam. “We’ve already been impacted by severe storms, rising temperatures, coral bleaching, and ocean acidification,” he told me. “Being from the Pacific, it’s something that’s ongoing and that we can’t escape noticing.”

At times, his view on the proximity and danger of climate change spills over into anger. Some poems are outpourings of frustration against colonialism and representations of indigenous peoples. On Leonardo DiCaprio’s climate change documentary, Before the Flood, Perez writes, “I can’t tell the difference between Before the Flood and a preview for The Revenant. When the white settlers were killed, I didn’t cry.”

In another poem, he notes:

In the climate movement, indigenous peoples are the new polar bears.

Plus, we cry ‘native tears,’ which are the saddest kind of tears.

When I asked him about these lines, he laughed a little. “I definitely wanted to question some of the racial logics and representations of the climate change movement,” he said. “When we’re talking about representations in film or other kinds of narratives, we need to create space for a more indigenous voice.”

His poems push the reader to reconsider tired stereotypes — of indigenous peoples as powerless victims of environmental change or as natural stewards in touch with the landscape. Sometimes they do so by provocation and challenge, but just as often he adopts a gentler tone. Poems set in the experiences of the everyday — a walk to the garden with his wife Nalani, a trip to the movies, even the construction of a Whole Foods — provide material to link his own life, and that of his family, with environmental problems.

It’s this linking that poetry does so well. A single poem is a lyric soundbite that can wander, driven by syntax and rhythm alone, from a child’s birthday party to a global crisis, from a movie theater to the role of colonialism in perpetrating climate change. Perez’s work thus seamlessly connects the local to the global, the personal to the planetary.

As to whether poetry matters, Perez has no doubts. “Poetry is a powerful form to give human voice and perspectives to these very global and complicated issues,” he told me. “Poetry can raise awareness, it can increase environmental literacy — it can inspire people to take action.”

We host a small family party to celebrate
my daughter’s second birthday. This year

is the hottest in history, breaking the record
set when she was born. Still, I grill meat

animals. Still, I crave a cigarette, even after
quitting five years ago, even after my clothes

floor of memory and denial). My dad joins me
outside and says, “Son, when I die, scatter

my ashes to the ocean, far from this heat.”
Inside, my mom is cooking rice and steaming

vegetables. They’ve traveled from California,
where millions of trees have become tinder

after years of drought, fueling catastrophe.
When my daughter’s body first hosted fever,

oil country. When we can’t control fire,
we name it “wild” and pray to God for rain;

when we can’t control God, we name it “war”
and pray to votives for peace. “If her fever

doesn’t break,” the doctor said, “take her
to emergency.” Violence rises with the temper-

Garment factories in Bangladesh char and
collapse; refugees self-immolate at a detention

center on Nauru; forests across Indonesia
are razed for palm oil plantations, their plumes,

like the ashen ghosts of birds, flock to our distant
rib cages. When my daughter can’t breathe,

we give her an asthma inhaler. But tonight,
we sing happy birthday and blow out

the candles together. The smoke trembles,
as if we all exhaled the same, flammable wish.