This race could determine the future of Flint's water crisis 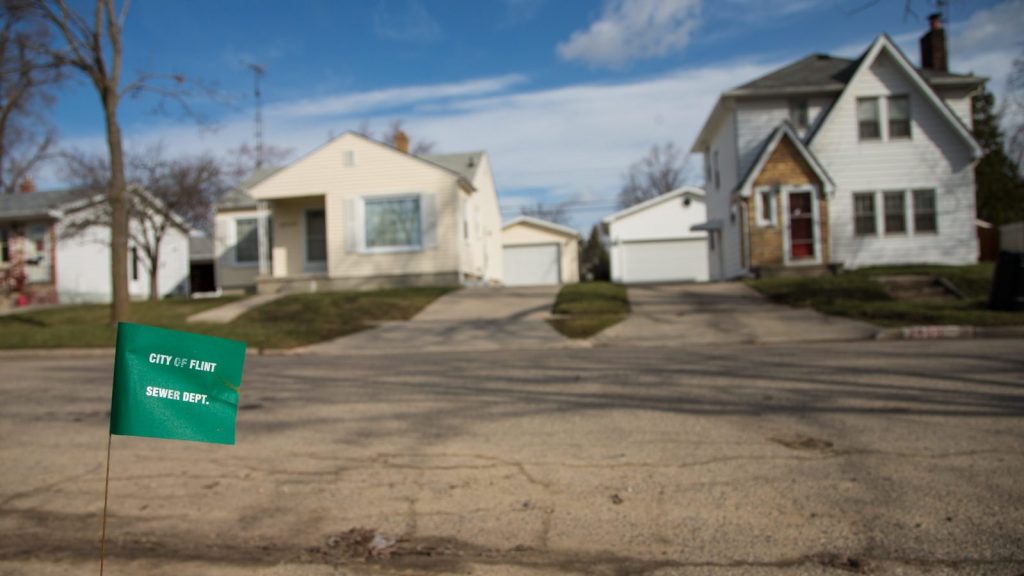 This race could determine the future of Flint’s water crisis

It’s been nearly five years since Flint’s emergency manager switched the city’s water source from Lake Huron to the Flint River and lead leached off old corrosive pipes into the drinking water in homes all across the city. Two years later, in 2016, Michigan Attorney General Bill Schuette announced that he was opening up an investigation into the series of government failures that led to thousands of children being poisoned with lead-contaminated water. As the investigation dragged on, many Flint residents were left with a well-earned mistrust of their government and the lingering suspicion that no one would be held accountable.

During this election cycle, the water crisis has been largely absent in the political debates, aside from accusations that Schuette has exploited his role to score political points when he campaigns as the Republican candidate for governor. Residents and activists alike have complained that some of the main culprits — especially Republican Governor Rick Snyder — have avoided any consequences for their actions (or inaction). But now, during the final weeks before the midterm elections, when Michigan will also choose a new attorney general, the water crisis has gained some prominence again as voters decide who will inherit the Flint prosecutions from Schuette.

“There’s a clear line in the sand” between the two candidates, Sam Inglot, the deputy communications director for Progress Michigan, an advocacy group that promotes progressive ideas, tells Mother Jones, with each candidate clearly articulating their respective party’s core positions. Matt Grossmann, the director of Michigan State’s Institute for Public Policy and Social Research, describes it as the candidates “reacting to the nationalization of politics.”

Dana Nessel, the Democratic candidate, is a civil rights attorney who has served as a former prosecutor in the Wayne County Prosecutor’s Office. She has defended poor defendants from crimes ranging from misdemeanors to felonies. The first openly gay candidate to run for statewide office in Michigan, her campaign speeches stress civil rights, protecting the elderly, and safeguarding the environment.

“The AG’s job is to protect Michigan citizens against the individuals and corporations that would do them harm,” Nessel told the Lansing State Journal. “My top priority will be returning the office to what it was always intended to be, the people’s attorney.”

Her opponent, Tom Leonard, served as a representative in Michigan’s Legislature and was elected as speaker of the state House in 2017. He also prosecuted drug crimes in Genesee County. “I’ve been in the courtroom hundreds of times on felony cases,” he told the Detroit Free Press. “And my third year there, I was in the drug unit.”

Leonard promises to fight sexual abuse, the opioid crisis, and civil asset forfeiture — the law enforcement practice of seizing assets from a suspect in a crime. Police unions, including the Michigan Fraternal Order of Police, have endorsed him.

In the middle of the classic red-versus-blue debate about criminal justice — tough on crime versus acting as “the people’s attorney” — the Flint water crisis investigations have also become an issue. Nick Lyon, the head of the state’s Department of Health and Human Services and the highest-ranking official to be charged in connection with the water crisis, is set to stand trial for involuntary manslaughter in the future. In the charging documents, the state asserted that the death of an elderly man from Legionnaire’s disease may be linked to the water crisis. But Flint residents and activists want more than for Lyon to be found guilty. The odds may increase of expanded prosecutions should Dana Nessel become the state’s attorney general.

“I have long been a critic of the way in which Bill Schuette has handled the Flint water crisis investigation,” Nessel told Bridge, a news site run by the Center for Michigan, a nonprofit think tank. “He is merely an opportunist who has used the crisis to further his political ambitions via a series of politically charged show trials.” As attorney general, Nessel promised to “re-evaluate” the investigation and any pending cases “as the entire process has been highly suspect.”

Tom Leonard, however, has not been as forceful about his plans regarding Flint prosecutions should he win, an approach that critics say is consistent with his actions when he was speaker of the Michigan House. “Leonard had the power to call the Legislature, to hold hearings and to get answers,” Inglot says. But Leonard did not. In his interview with Bridge, Leonard said, “The Flint water crisis was the result of critical government failures and awful decision-making by people who were trusted with the responsibility of looking after this community … until I know all the facts available to the attorney general and his prosecutors, I cannot say for sure which changes in direction may be needed.”

Grossman points out that in the past, “the theme in attorney general’s races used to be ‘who is toughest on crime?’ but that has waned somewhat over time.” Instead, candidates are articulating positions that are part of the national debate. For example, Nessel’s focus on civil rights and environmental protections.

The protection of the environment as a cornerstone of Nessel’s campaign is a popular position in the state that has faced not only the Flint water crisis but also decades of air pollution from car factories. A September 2018 Michigan State University survey found that 67 percent of respondents believe the environment should take priority over economic growth.

One key environmental issue has been Line 5, the controversial pipeline that brings soil from Western Canada to Eastern Canada by passing underneath the Straits of Mackinac, the body of water that connects Lake Michigan to Lake Huron. Environmentalists are worried that an accident could cause an oil spill in the Great Lakes. The MSU poll also showed that 46 percent of people were in favor of shutting down Line 5, and 35 percent believed the pipeline should be encased in a protective tunnel. Only 19 percent of respondents believed the pipeline should stay as is. If she wins, Nessel has pledged to shut it down.

Leonard describes his opponent’s promises to shut down the pipelines immediately as “dangerous.” “Nearly 70 percent of the Michiganders in the Upper Peninsula draw their propane off of this line,” he said in an interview with Bridge earlier this month. “We cannot come in just to score political talking points and say we’re going to shut something down and leave tens of thousands of our residents without the ability to heat their homes.”

In a September Detroit News poll of 600 likely voters, Nessel led Leonard 42 percent to 29 percent, despite the fact that “some people were arguing that Nessel would be seen as too liberal for the general electorate,” Grossmann says.

A day after a press conference, in which he called Nessel “unfit” for office because of her high staff turnover in her campaign and rumors she was abusive to her subordinates, Leonard released a campaign ad depicting himself as a “tough” candidate, and one whose main focus is reducing crime. In the 30-second spot, complete with music one might hear on a television police drama, Leonard is shown riding along with law enforcement officers and bursting into a house where a large-scale drug operation is occurring. “He’s no-nonsense. He’s not going to play around as attorney general,” Lee Ann Gaspar, a retired homicide sergeant from the Flint police department, says to close out the ad.

The Michigan Republican Party also tried to use Nessel’s experience as a criminal defense lawyer against her by linking her to the defense of sexual predators. In an ad released last month, a narrator charges that Nessel helped men get away with “heinous acts” while photos of Harvey Weinstein, Bill Cosby, and Larry Nassar — the Michigan State doctor accused of sexually abusing dozens of women and girls — flashed on the screen. The ad referred to a case where Chris Kessel, who ran a separate firm that operated under a joint “doing business as” entity with Nessel’s firm, questioned a young girl who accused a man of molesting her. Kessel has made it clear that Nessel’s firm had no involvement in the case. The Leonard campaign denied any involvement with the GOP’s attack ad but did say that “Dana Nessel’s choice to defend criminals speaks for itself in a race to be the state’s top law enforcement official.”

In contrast, Nessel’s ad shows her working as a prosecutor and fulfilling her duties as a mom. She accuses Leonard of being beholden to pharmaceutical companies and corporate polluters. “I’m a prosecutor that won’t back down,” Nessel says in the ad. “Together, let’s make Michigan better.”

Statewide, Michigan Democrats appear to be doing well. “Current polling reflects that more people who are planning to vote in Michigan are happier with the Democrats,” Grossmann explains. “That’s reflective up and down the ballot.” Gretchen Whitmer, Schuette’s Democratic opponent, is leading by 9 points in the polls, while Jocelyn Benson, the Democratic candidate for secretary of state, leads her Republican opponent Mary Treder Lang by 15 points.

Could this be the sign of a blue wave in a state that narrowly voted for Donald Trump in 2016? “Total GOP control has led to mismanagement that has let things like lead contamination happen,” Inglot says. The Flint water crisis began during the tenure of the emergency manager who was appointed by Republican Governor Rick Snyder. He concludes, “I think people are kind of tired of the direction the state is going in.”