To clean up space junk, some people grabbed a net and harpoon 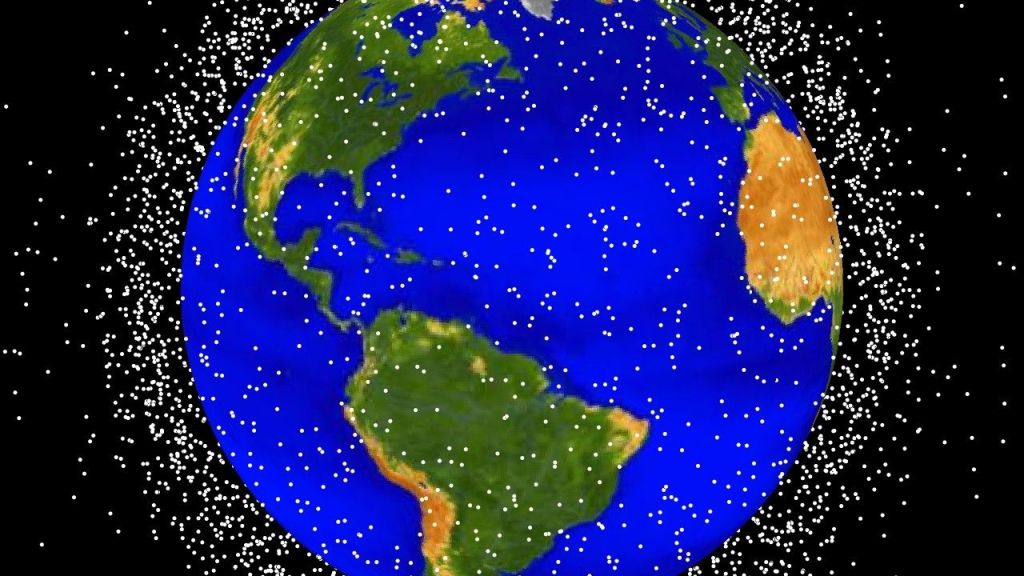 To clean up space junk, some people grabbed a net and harpoon

Clyde Tombaugh spent much of his life peering at telescope data. He discovered Pluto in 1930, and he spent years poking around the outer solar system. But as the scientific community began to dream about launching a vehicle into the great beyond, he focused his gaze much closer to home.

At the time, the smaller stuff in our immediate space environment remained largely a mystery. People like Tombaugh worried whether orbiting gunk would make spaceflight that much harder. If they ever built a spaceship, would space litter pummel it irreparably?

As part of a 1950s Army project, Tombaugh tried to find out. But before he finished, the Soviets sent the world’s first object to orbit. When Sputnik first spun around Earth, in 1957, Tombaugh’s equipment caught it: a shiny sphere, just about two feet across. The fact that he could spot it meant that if dangerous debris had been orbiting, he likely would have found it, too. And he hadn’t. When he published his final report in 1959, Tombaugh concluded that rockets faced little risk of colliding with natural objects.

Humans have since sent thousands of rockets to space. In their cargo holds, they have stored satellites that help humans communicate, wage war, watch TV, and grok planetary processes. Sometimes, as Sputnik did not long after launch, these objects finish their useful lives, slip back into the surly bonds of Earth, and burn up in the atmosphere. There’s the glove that a Gemini astronaut let slip from the first spacewalk, and a spatula from a shuttle mission. Once, a tool bag escaped an ISS astronaut and floated around for eight months. Other times, however, junk remains in orbit long after it’s useful. A Chinese missile, for instance, smashed a Chinese satellite into thousands of pieces, some of which continue to circle and circle.

These pieces of trash could pose a version of the threat that Tombaugh had worried about: that they’ll get in the way of humans’ desire to send stuff to (and keep it in) space. Earth’s front porch is now littered with around 24,000 pieces of debris bigger than a large orange, and millions and millions of bits smaller than that. Meanwhile, the number of new satellites humans want to launch is on the rise. According to consulting company Euroconsult, around 7,000 smallsats may hop to orbit in the next decade. Elon Musk, though famous for missed deadlines, plans to launch the initial satellites in his space-internet megaconstellation in 2019, as does internet provider OneWeb.

Satellites in low Earth orbit are supposed to spiral back down, burning up in Earth’s atmosphere 25 years after they complete their missions. The process can happen naturally as their orbits decay over time. Alternately, these craft can point thrusters into space and willfully plunge into the atmosphere. But sometimes more aggressive measures are needed to clean up the junk circling overhead. Making sure satellites obey the 25-year guideline, and watching them closely in the meantime, has spawned a whole sector of creative solutions. Here are some of the latest experiments in de-junking space:

The satellite industry calls it “active debris removal,” but think of it as a space robot that’s out to kill. In June, scientists at Surrey Space Center and their partners dispatched a mission called RemoveDEBRIS from the International Space Station. Soon after, it deployed a net and captured a small CubeSat that the team had previously released. The net wrapped around the satellite, cocooning it and ending its life. RemoveDEBRIS will also test a harpoon on a dead satellite, and use a sail to then drag itself back down.

A company called Astroscale is pursuing a similar approach. “The best way to avoid a bunch of small pieces of debris that could harm large satellites is to remove large satellites that become small pieces of debris,” says Chris Blackerby, the company’s COO. Astroscale’s first mission, called ELSA-d, a cheery acronym that hides the ominous “End-of-Life Service” hidden within it, aims to show that a reaper-style space robot can find lost debris, match a dead satellite’s tumble, and dock.

Traditionally, satellites have thrusters that push them to the orbits they need, keep them there, and then (assuming the gas gauge doesn’t read “empty”) send them shooting down to Earth when the time comes. But conventional chemical engines are way too heavy for small satellites, so lots of the little guys don’t really have propulsion systems — which can pose a space-junk problem if their orbits don’t wind down quickly. They need thrusters that are appropriately sized for smallsats.

“The use of propulsion is the beginning, middle, and end of a mission,” says Beau Jarvis, an exec at a propulsion company called PhaseFour. The PhaseFour system, which you will be able to plunk on your satellite, uses radio waves to turn gas into plasma, which shoots from the spacecraft, pushing it in the opposite direction.

Many similar gas pedals require expensive cathodes and anodes, but ones that don’t are easier to make en masse. Another engine-maker, Accion, also dispenses with the expensive parts: Its engines use a liquid salt that shoots from the craft. Zoom zoom.

Not long ago, a distressed customer approached Roccor, a space manufacturer. “They had a satellite that was basically built and ready for launch,” says CEO Douglas Campbell. They had just one problem: Their de-orbit plan needed some work. So Roccor made them a new one, involving … space feathers.

At the end of a satellite’s life, two thin composite sheets — coiled tight like a tape measure during the rest of the mission — will pop from it, making the satellite resistant enough that it slips down and crosses the Kármán line that delineates Earth and space. The system weighs between around 1 and 4 kilograms (2.2 to 8.8 pounds), and is basically another way of doing a dragsail. “Low Earth orbit is beachfront property,” says Campbell, who plans to sell the “Rocfall” feathers so more satellites don’t become space junk. “Everyone wants to be there. We don’t want to ruin the environment.”

Two government groups in the U.S. keep abreast of what’s what in space, and help orbiters avoid collisions. NASA’s Orbital Debris Office deals with the minute, while the US Strategic Command tracks everything bigger than 10 centimeters (about 4 inches) and issues the “duck!” alerts to satellite operators. Last year, though, the Trump administration said it would turn some responsibility for space traffic management over to the Department of Commerce (although the details of how aren’t yet fully fleshed out). Why? Because satellites are increasingly commercial operations.

“In the past, the U.S. government got into ‘space situational awareness’ because it was primarily a military issue,” says Dan Ceperley, CEO of the private satellite-tracking company LeoLabs. It’s still a military issue — secret communications, spying, navigation — but it’s also morphed into an everyone-else issue. So the Department of Commerce and companies like LeoLabs will help shoulder some of the defense sector’s past burdens. LeoLabs has two radar systems, with plans for more, and they hope to give customers information about satellites’ whereabouts with more regularity than the government.

Federal trackers traditionally find satellites using either radar or optical telescopes. But those devices don’t necessarily tell you whose object you’re pinging, or give you its position every hour of every day. You have to extrapolate an object’s orbit using physics, so there’s some fuzziness in the calculation of its position, and uncertainty in collision red-flags. But a scientist at the Aerospace Corporation, a federally funded research and development center, has a reasonable question. Why not put GPS transponders on new craft? Just like if you put one on your enemy’s car, you could know where it was, and what it was, all the time, no home radar required. Similarly, a Los Alamos project called ELROI proposes slapping laser-beaming “license plates” on orbiters so that they’re easier to detect and identify.

The metal bits and spent rocket stages already dirtying Earth orbit are unlikely to get license plates or GPS devices. They’ll continue to circle our planet like overhead reminders that our environmental contamination has expanded, like a growing gray cloud, beyond terra firma. But because there are so many clean-up artists, maybe it won’t be too late.

If we end up with too much trash, we won’t only make our desire to launch lots of little satellites untenably complicated. We could also, someday, make it impossible to send a rocket safely beyond Earth, just like Tombaugh and his cohort feared before anyone had even tried.